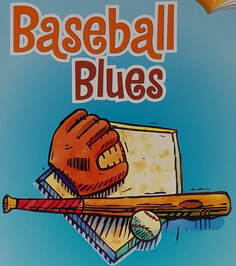 THE MERRY MONTH OF MAY?
The Cubbies have not exactly been putting smiles on our faces of late.  It's hard not to feel those Chicago Blues setting in.
But, the good news is that Cubs World is very much alive and back in action!  So, forget about the blues.  THINK RED!
Somewhere in this newsletter, you will find a RED letter.  Grab a piece of paper or a card and write down the word.  Bring it to the membership meeting next June.   and you might just win a special prize!   The best of luck to everyone! 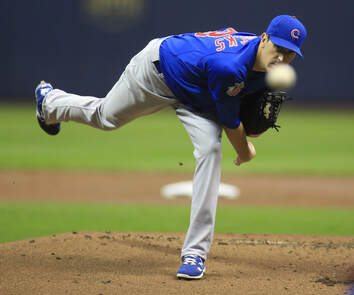 FRUSTRATION SETS IN FOR HENDRICKS, THE TEAM AND FANS!
Although there is much joy in the Cubs World club with regard to returning to meetings and events, there doesn't seem to be much to celebrate of late.  Yes, it is early in the season.  But when your main engine sputters and coughs you're not going to get very far.
In any case, true Cubs fans have been through this kind of thing before.  We will continue to cheer on the Cubbies!  We will make adjustments and eventually, we will move on to bigger and better things! 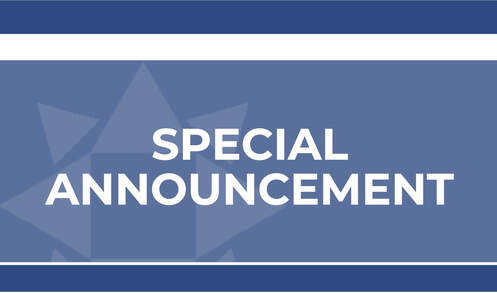 AN IMPORTANT MESSAGE FROM DON MULDER
CubsWorld is a place to find friends with similar interests.
Gene & Sue Daudelin, were early members who loved the club since it's founding for that reason alone.
Sue continued her membership when Gene passed away over 2 years ago.  She dropped a note of thanks to me this week to let us know that she her health is now failing, and she is moving to Dallas to live with her daughter.
Her heartfelt note of goodbye and thanks to us is affirming and heart warming.  CubsWorld cares for its fellow fans.

MAY MEMBERSHIP MEETING WAS WELL ATTENDED AND GREAT FUN!
by Dan Marx
In a sign that things are beginning to return  to normal, over 70 Cubs World members were interactively involved in a wonderful membership meeting on Monday evening, May 3rd.
Jim Gulesarian turned the tables on us, and made his “Let’s Play Too” segment all about the members this time. Members took turns sharing experiences that they had relating to Wrigley Field. One of our members was honored on the field as a member of the military. One was fortunate enough to throw out the first pitch. Jim Gulesarian sat through an hour and a half rain delay to watch John Lieber throw a one hit gem. It was very cozy, and was just like sitting in your living room swapping entertaining stories. 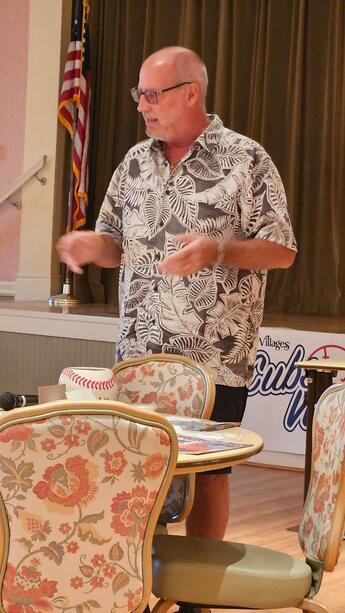 But, the main attraction was our speaker, Ken Frailing. I felt like Ken could have been my next door neighbor. He’s the kind of guy who would mow your lawn without asking while your away on vacation. His wife, Diane,  gave a heartfelt speech relating eternal gratitude for how she and Ken have been treated by Cubs fans all over the country. Coming from a very small town in Wisconsin, they have been truly overwhelmed by the outpouring of affection for them over all the years.
Ken had pitched for 2 years each for the Cubs and the White Sox during his career in the mid 70’s. He told us numerous stories about both teams, but some of his funniest stories related to his experiences with Yogi Berra.
His favorite memories go back to the relationships that he had with his Chicago teammates, and how close they all were. He loved all of the characters in the game back then. He related how jacked up the Cubs dugout was after Rick Monday saved the day by rescuing an American flag at Wrigley Field.
He is not real happy about how analytics have taken over the game nowadays, and made MLB so much different now. As he told one of the members offense seems to be homers or strikeouts. Small ball seems to be a rarity now.
Thank you so much, Ken and Diane, for your visit. 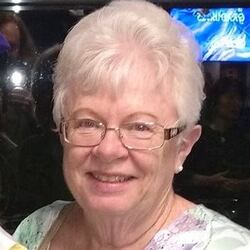 A GIRL FROM AKRON BECAME A WORLD TRAVELER
AND BELOVED CITIZEN OF THE VILLAGES
by Wayne Richards
Akron, Ohio was where this gifted and skilled individual was born and raised. 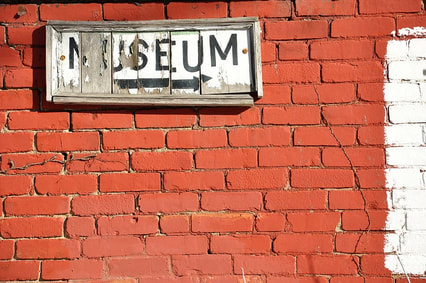 A DREAM IN WAITING
by Wayne Richards
I have often wondered why Chicago, a city rich with sports history, does not offer a museum dedicated to baseball.   However,  occupational therapist, Dr. David Fletcher, is doing everything to make this dream come true.
Fletcher has a passion for baseball and is a member of SABR-Society for American baseball research.
His love of the game and all that come with it were the impetus to begin a collection that has grown to an impressive level.
The real challenge has been raising funds to build a facility to create a world class museum dedicated to America's favorite pastime.  Choosing the location has been problematic, but the design of facility has already been created! 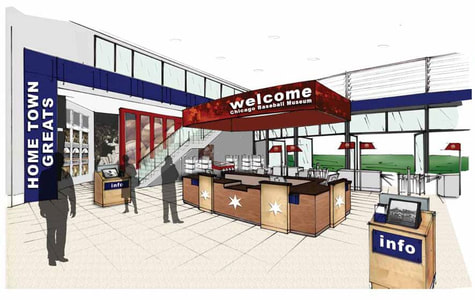 There will not only be displays celebrating a selection of players, but also photos and artifacts featuring the history of the Cubs, White Sox, the Federal League, the Chicago Whales, Negro leagues, minor leagues, Girls professional ball and even sixteen inch softball. I bet some Cubs World members have played that!
​  In addition,  there will be a SPORTS BROADCASTING wing containing a variety of clips and videos containing rare footage.  Currently, one may listen to a number of audio selections on the MUSEUM WEBSITE.  (A link is provided for you at the end of this article.) 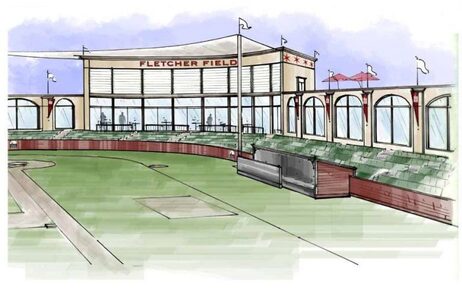 One area of this development that will certainly attract the masses is a baseball park for special games and events.  It could also be used as a concert venue.
The museum will  house the Jerome Holtzman Library. Holtzman was a sports writer for the old Chicago Daily News.  He passed in 2008.
It is reported that the public will have access to materials, but not to check out.  Of course, a nice collection of things will be available in the gift store.
Please check out this web site to see Dr. Fletcher's dream almost come alive!   CLICK HERE

LIBRARY COLLECTION IS BEST IN THE AREA!
For those who have attended our membership meetings, I’m sure you’ve taken note of the tables filled with wonderful books celebrating the Chicago Cubs.  According to President Don Mulder, our collection of Cubs oriented literature is larger than the Sumpter County library system!
These volumes are available to any Cubs World member to check out.  Stop by the table and check things out!  This is for all of us to share!