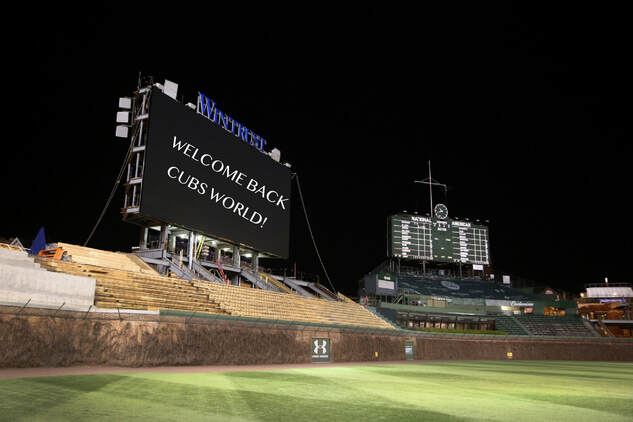 2020 IS HERE!
Welcome to the January 2020 edition of the CUBS WORLD CHATTER NEWSLETTER.  May everyone enjoy a healthy and happy New Year!
There is much concern about how the Cubbies will fare with a new managerial direction.  Time, of course, will tell.
The Cubs World newsletter will be here to inform and entertain you as we have always strived to do.  Just remember, we'd love to hear your comments.  After all...this is YOUR club! 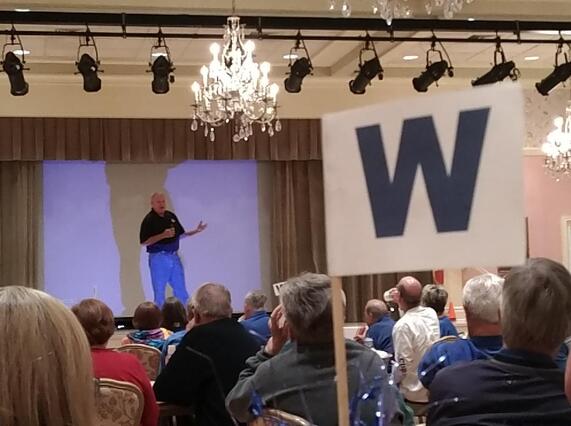 IT WAS A WELL attended meeting at Colony Rec center.  John Magnusson, SEC Chief Umpire, presented a folksy and often time humorous presentation.  His reflections on many of the ball players were captivating, including some details about David Ross.
John was not afraid to speak his mind about the coming influence of technology in umpiring.  Said Magnusson, "This will take away jobs, but, the game will evolve."
The audience enjoyed another session OF LETS PLAY TOO, masterfully presented by Jim Guleserian.  Included was a round of I.Q. a trivia game where each table full of members compete.
Attention was focused on our ever-growing Cubs library.  In this new monthly feature, short passages are read from some of the volumes available to all.
The evening featured a delicious meatball dinner by Napolinas. 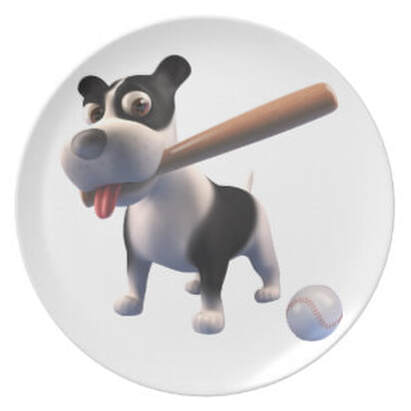 This incredible Villages club trains service dogs for people with special needs. It offers just four shows per year as part of this work, but not more than one per month as part of the training to raise the money it needs for this important work.

A special show with dogs dressed in Cub uniforms, doing some baseball tricks is being prepared just for us. Cubs World will be making a donation to this cause using our usual registration fees. You will have a chance to supplement them if you like the show.

Simply visit their store at 3451 WEDGEWOOD LN. in the SOUTHERN TRACE PLAZA. For further information call 352-750-1600 or check out their web site at www.villagesapparel.com. 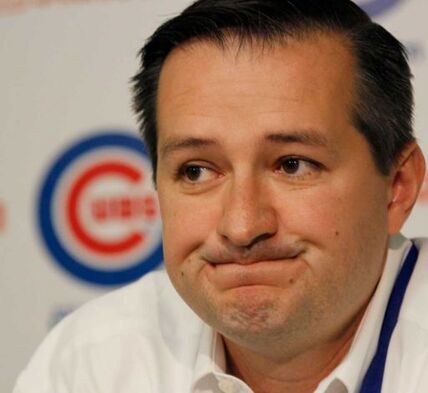 RICKETTS CONCERNED ABOUT OVER      BUDGET WRIGLEY RENOVATIONS
Cubs chairman, Tom Ricketts, recently admitted that more money than anticipated has been spent on Wrigley Field renovations.  Yes....Wrigley is looking great, but with a budget overextended almost 100 %, there are deep concerns...not only with the Cubs organization, but certainly amongst legions of fans.
​  Perhaps it is ironic that this financial state of affairs has been caused by the owner of one of the world's biggest investment companies.  Of course, high taxes add an additional headache to the financial woes.

A QUESTION FOR CUBS WORLD MEMBERS.....
Do you think Cubs management will attempt to recoup some money via the sale of all their key players?  We'd love to hear your opinion. 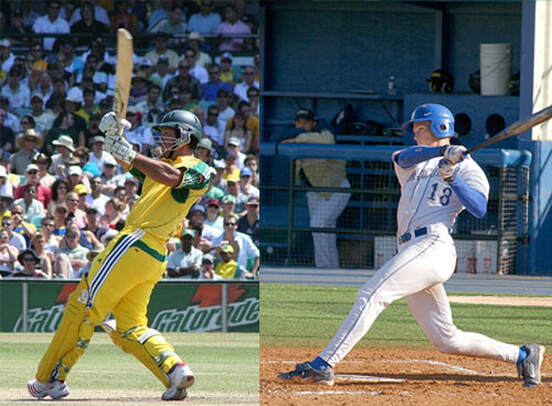 ARE BASEBALL AND CRICKET REALLY SIMILAR?
With The Chicago Cubs heading to London in June, it might be interesting to compare a few particulars about two great sports...BASEBALL AND CRICKETS.
CRICKET has wickets.
BASEBALL has Ricketts.

BASEBALL is played with a set rotation of batters while CRICKET can be played by rotating the order at any time.  (JOE MADDON would probably love this kind of flexibility).

CRICKET balls are leather covered and larger than baseballs.  For some reason, Cricket players prefer not to use        gloves.

SPECIAL NOTE...
​Discussions are under way about a possible CUBS WORLD trip across the big pond.  Please contact cubs world.org if you are interested.  Also, please check the web site for an announcement about a special meeting for those who might be interested in going.  Don Mulder reported at the January meeting that it is expensive.  But...this is a once in a life time opportunity.
​ 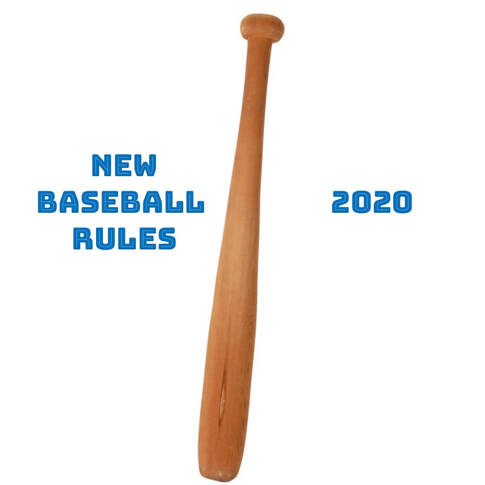 MAJOR LEAGUE BASEBALL PLAYERS ASSOCIATION ANNOUNCES NEW RULES!
1. All pitchers will be required to pitch a three batter minimum or through the end of a half inning, except for injuries or sudden illness.
2. Active player rosters will expand from 25 to 26 from opening day to August 31st.  In September, rosters will expand only to 28.
3. Position players will no longer be allowed to pitch unless their team is winning by six runs or in extra innings.
4. Pitchers placed on the injury list will increase from 10 to 15 days.
5. Pitchers sent to the minors for re-hab must do so for 15 days.
6.  Prize money for the Home Run Derby will be increased to 2.5 million. 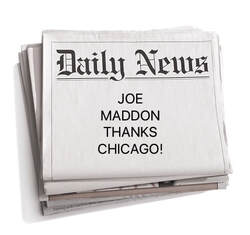 In typical Joe Maddon style, the former Cubs manager and his wife recently took out a full page ad in a Sunday edition of the CHICAGO TRIBUNE to say goodbye to the Windy City.  Even in departing, he assures us that he will continue to cheer on the Cubs.
Said Maddon, "Let's raise our glasses in a toast with a shot and a beer, like our grandparents and parents celebrated special occasions, or just a hard days work.  Thank you for the past five years, for your passion, for your open hearts and minds, for forging everlasting relationships and for sharing your beautiful city with Jaye and me."
It seems that things have come full circle for Joe Maddon in that he has rejoined the Los Angeles angels of Anaheim, the organization where he began coaching and managing.
Do you have a Joe madden memory?  Share it with us! 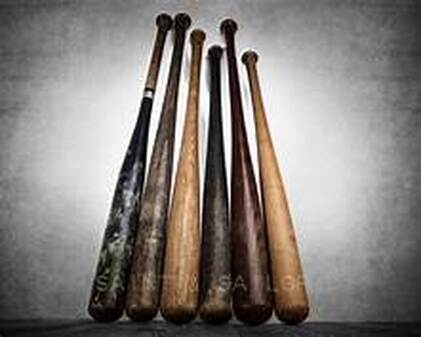 Somewhere within this newsletter, you will find a word printed in RED.  Please write it down on a piece of paper or a card and bring it to the regular February membership meeting for a chance to win a gift certificate. 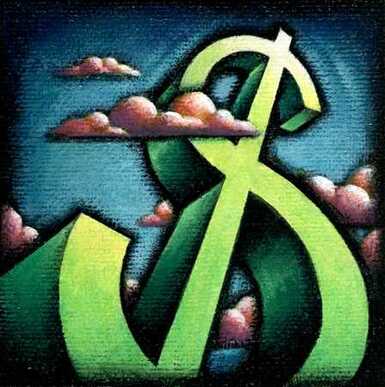 RECORD BREAKING MAJOR LEAGUE PROFITS ARE SKY-HIGH!
Baseball fans have seen images on television of half-filled stadiums during the regular season.  But Forbes magazine reports that Major League baseball has set new revenue record of 10.7 BILLION dollars so how can this be?
HERE ARE A SOME REASONS...
​  1.  A new nationwide television deal with Fox.
2.  A billion dollar deal with Nike.
3.  The decline of average player salaries.
4.  The implementation to eliminate 40 minor league teams.
5.  Ticket sales remain steady despite lower attendance.

Baseball fans and historians will certainly recognize at least two of these gentlemen in this photo.  Eddie Collins is on the left and the great Ty Cobb is on the right.  But who is that in the center?
His name is Lena Blackburne.  Does that help?  No?
Lena is the creator of baseball rubbing mud which is applied to all shiny new baseballs before they are put into play.
In 1938, Blackburne was a third base coach for the old Philadelphia Atheletics.  An umpire complained to him about the poor condition of the balls.  It seems that the mud used made the baseballs too slippery.
Lena took it upon himself to solve this problem and mixing a special compound with odorless muck taken from a secret spot along the Delaware river, he created a rubbing compound that is used to this day.
Blackburnes very successful business was passed on to , John Hass, a close friend and confidant.  Hass, in turn, eventually turned the successful enterprise over to his son in law, Burns Bintliff.
Hired employees from Burn's company take yearly trips to the Delaware river tributaries to find this special mud.  Anyone who orders a jar of his high quality LENA BLACKBURNE'S RUBBING MUD is certain to be satisfied. 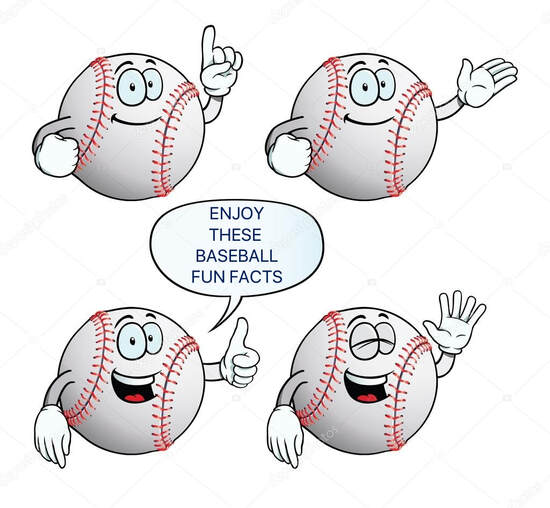 1.  In 1970, Doc Ellis pitched a no hitter under the influence of LSD.
2.  A curve ball thrown on Earth would become a screwball on Mars.   But batters would have an advantage since a ball would travel three times as far.
3.  Joel Zumaya, a pitcher for the Detroit Tigers, once injured himself playing GUITAR HERO and was out of action for three days.
4.  In 1999, the New York Met's manager, Bobby Valentine, was ejected from a game.  Returning to the club house, he put on street clothes and a fake mustache.  He returned to sit in the dugout and was ejected again, this time with an added fine of 5,000 dollars.
5. In his very first rookie at bat, Hoyt Wilhelm whopped a ball out of the park.  His career lasted 21 more years and in 493 appearances, he never again hit a home run. 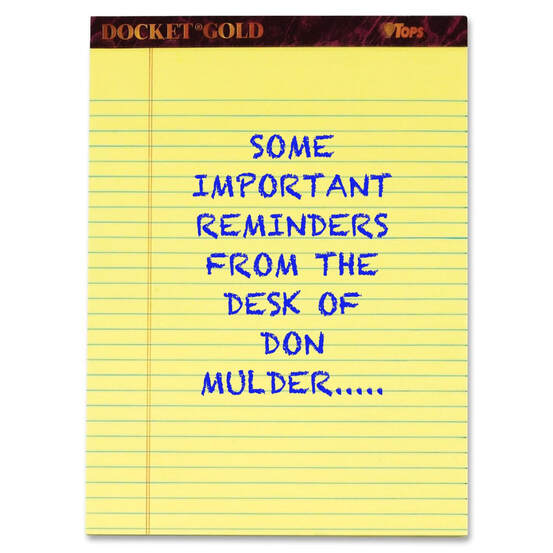 March 2020:  Lee Elia:
Lee played for and managed the Cubs during our era in the '60's.  An exceptional speaker notorious for a clubhouse tirade that went 'viral' on the media of the day.  Some of our members remember meeting him and everyone will enjoy what his  stories and what he has to say about
what happened in the clubhouse on that fateful day. 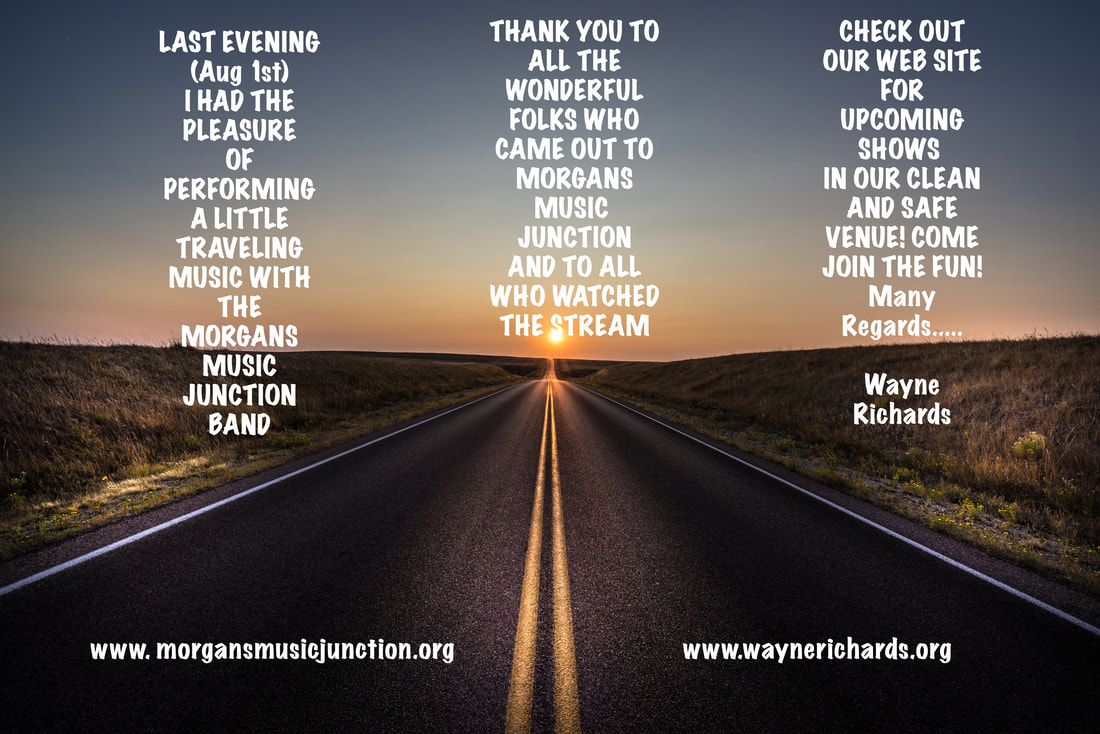