HAPPY THANKSGIVING TO YOU FROM THE STAFF OF CUBS WORLD!
If you think 2020  is a turkey of a year, you're not alone!  Its been hard for many, many people.  But, the extremely short baseball season did offer a diversion.   It also shed light on both the strengths and weaknesses of the team.
There will be changes all across the board from the executive office to restructuring the farm league.  All these modifications will be conducted with a limited budget.
A full season will be much better for the Cubs and baseball in general.  After all, when you adjust colors, one needs a full palate to work with.  2021 should be titled, "OPERATION RESTRUCTURE".   LET'S GO CUBBIES! 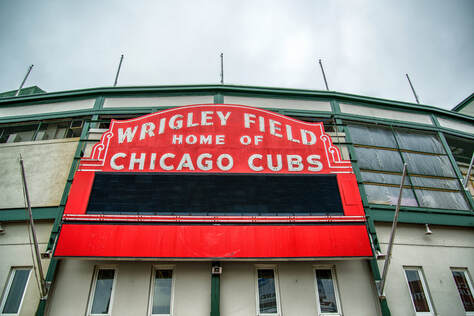 FUTURE SIGN OF THE TIMES!
Cubs World needs people that volunteer to be successful!
2020 has been especially stressful for all of us. We on the board have done our best to keep things as “normal” as possible with golf outings and game watches since we had to “shut it down” in April.
We'd like to thank the following board members for their continual dedication and fine service.

President    Don Mulder
Vice-President    Jim Guleserian
Secretary    John Curtis
Treasurer    Sharon Adochio
Director Member Relations    Rick Baas
Librarian    Cindy Bellovary
Media Relations    Dan Marx
Hopefully in 2021 we will be able to get back to normal with our monthly meetings. We do have a pretty good lineup of speakers and activities planned.
​ 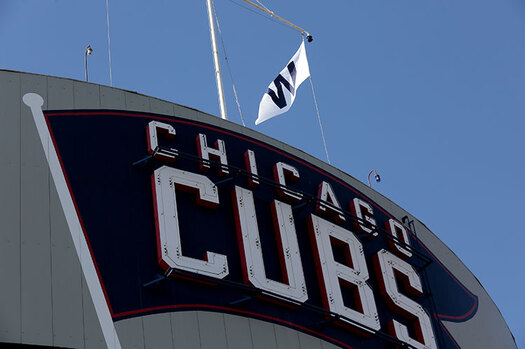 THERE IS SOME JOY IN MUDVILLE AFTER ALL!
In a short season that generated disappointments and concerns for the future, there are still some reasons to celebrate!  So break out the champagne!
The Chicago Cubs hav earned the distinct honor of winning the 2020 RAWLINGS GOLD GLOVE TEAM AWARD!  This is the first ever award of its kind!
Baez and Rizzo also took home Golden Gloves.  Hendricks, Mills, Contreras, Hoerner and heyward were finalists! 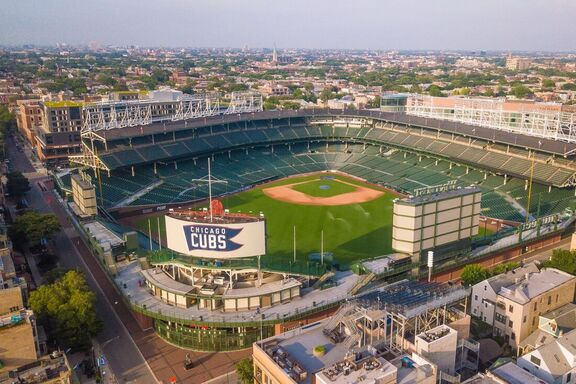 RENOVATIONS OF WRIGLEY MAY NOT SATISFY ADA REGULATIONS
For over a period of five years, Wrigley has been undergoing an ever-constant renovation.  It has been fascinating to watch.  The mixture of the old and the new side by side is truly beautiful to see.
However, as esthetically pleasing as the venue now appears in all its polished-splendor, the Americans With Disabilities organization reports a number of problems regarding handicap access.
It's hard to believe that Wrigley was once exempt from ADA stipulations.  But, times have changed and in a renovation project with a budget of over one BILLION dollars it is surprising that certain problems have not been solved adequately, according to sources.
In the areas of seating, elevators and washroom improvements, it is seating that has suffered the most.  Some seats have been moved further from proper site lines.
Chicago attorney, David Cerda has filed a suit on behalf of his son who is disabled and has complained about the configurations that currently exist in the ball park.
It seems that Ricketts and the Cubs are awaiting word from the US Attorney's office before they take any additional steps to address these issues. 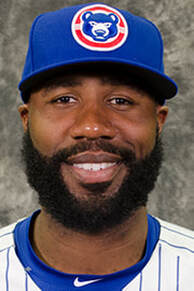 Is Jason Heyward worth 184 Million?
This is a question that will be pondered over these coming winter months.  184 million for 8 years.  Is anybody worth that kind of money?  Of course not.  But, big time salaries are here to stay.
ESPN does not feel that Jason's abilities warrant this kind of compensation.  In addition, he will become a free agent after the 2023 season.
The Cubs organization feel that Jason may yet hit his prime.  They have hopes that their long term investment will pay off.
On the plus side, Jason has won three gold gloves.  Maybe things will change when the baseball season hopefully returns to full strength next year. 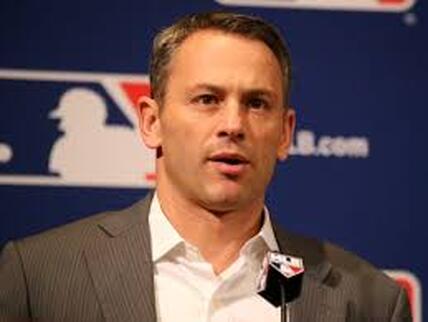 JED HOYER TO REPLACE EPSTEIN FOR THE LONG HAUL?
Chicago Cubs general manager, Jed Hoyer, recently announced, "I'm going to be here for a long time!"  He has learned a lot from Epstein during this past decade.
​  Both Hoyer and Epstein are 46 years of age.  They are both young enough to move to other cities if need be.     But Hoyer is only interested in the Cubs.
We would like to pose a question to all Cubs World members.  Do you feel Jed Hoyer would be a detriment or an attribute to the Cubbies?  Don't hesitate to share your opinions!

MORE IDEAS TO PONDER
In the last issue of CUBS WORLD CHATTER, we presented  an article written by Chris Mueller and sent in by our good friend , Dave Gran.  the first three of twenty ideas concerning the future of baseball can be found in the October 15th edition of this newsletter.
We now present the next three and invite everyone to comment on any or all.  You may also grade each idea with a good old fashioned  A + to Holy crap...that's a horrible idea!

Idea #4 TANKS FOR THIS ONE
Tanking is a major problem in baseball.  last season, 14 teams finished at least 20 games out of first place and nine finished at least 35 games back.  Only two division races were decided by less than five games.  That $15.00 beer doesn't taste so good when you realize the team owner doesn't even know if the team won, much less care.  The leagues luxury tax functions as a de facto salary cap, but MLB needs a formal salary floor.  The league average payroll for 2019 was $138.4 million, per Spotrac.  Six teams spent less than $100  million.  Start the floor at $100 million and up it incrementally every year.

Idea #5  IT MAY HURT UMPIRES FEELINGS, BUT...
It's time to have computer technology for calling balls and strikes.  Yes...it's time for robot umpires!  Human error is part of the charm for some and a cause for fury among others.  A Boston university study found that MLB umpires missed 34,294 ball-strike calls in 2018.  That averages out to 14 per game.  The potential impact of those misses is massive.   The difference in batting average on a 1-2 pitch vs. a 2-1 pitch, for example, is close to 200 points most seasons.
It appears that Manfred is closer to making this a reality.   To placate any hurt feelings, home plate umpires may still use their signature three strikes call.  After all, it wouldn't be baseball without somebody "starting a lawnmower."  Don't you agree?

Idea #6  FINALLY, A UNIVERSAL DH!
Traditionalists say that pitchers hitting makes for a more interesting and strategic game.  Traditionalists are wrong because most pitchers are abominable hitters and no amount of Bartolo Colon-rekated fun can change that.    The DH, adopted by the American league sometime before dinosaurs roamed the earth, is going nowhere.  It could be adopted by the national league soon.  DO IT!  NOW!

IN THE NEXT EDITION OF CUBS WORLD CHATTER...MORE RADICAL CHANGES TO COME! Please share with us your thoughts on these possible changes for the future of baseball. 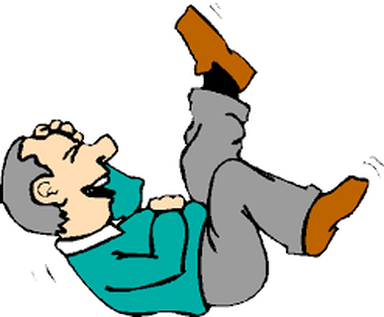 YA GOTTA LAUGH ONCE IN A WHILE!
by Wayne Richards
Folks, we've been through an awful lot this year.  The pandemic, politics and a baseball season that turned out to be a disappointment for Cubs fans everywhere.
I learned years ago that laughter is a very powerful medicine.  It gets me through some dark days.  When writing for this newsletter, I always try to shed an interestingly humorous light on the subject and I shall continue to do so.
These are some of my favorite Cubbie jokes.....

1.  WHAT WILL A CUB FAN DO WHEN THE NEXT WORLD SERIES IS WON?  Turn off his Playstation 3.
2.  WHAT DO YOU CALL 40 MILLIONAIRES WATCHING THE WORLD SERIES?  The Chicago Cubs.
3.  A SPECIAL WRIGLEY FIELD ANNOUNCEMENT..."Will the lady who left her nine kids at Wrigley Field please pick them up? They're beating the Cubs 4-1 in the bottom of the seventh."
4.  A little boy is walking down the street one day and finds a genie jar. He opens it and out comes a genie. Here is the conversation:
G: I’ll give you three wishes.
B: I wish for an XBOX 360, and a PSP and….peace in the middle east.
G: Where is the middle east little boy?
The boy pulls out a map and shows him where the middle east is.
G: Uhm, I dont think I can do that little boy. Do you have another wish?
B: Well, could you make the Cubs win the World Series again?
The genie pauses and then says:  Let me look at that map. 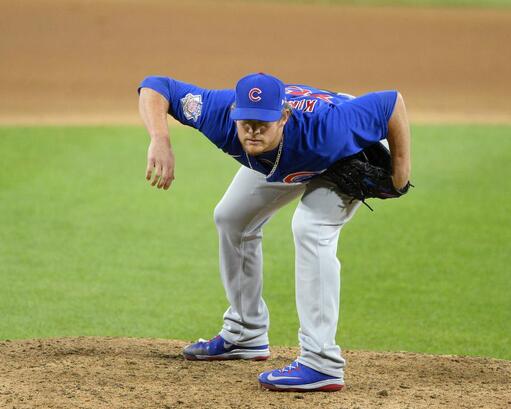 IS THIS CLOSER CLOSE TO A CLOSE?
It is a well known fact that the Chicago Cubs are facing a myriad of financial difficulties.  It is felt that one way to get a better handle on the situation is to cut loose at least two players who's production has dwindled.  They are Craig Kimbrel (seen here with a ghost holding up his arm)  and Kris Bryant.
​  The team is destined to have a much different make up next season.  Perhaps some Cubs World fans would like to share some thoughts on this?  It is most certainly a topic that will be discussed when membership meetings are activated again. 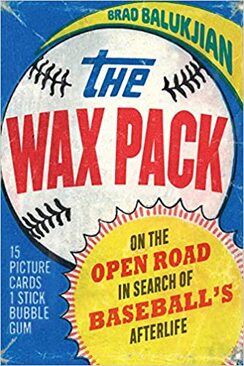 A RETURN TO THE GAME OF OLD!
Once again we are in the throws of an off season.  But, one can still celebrate baseball via a number of brand new book releases!
I know there are some enthusiastic collectors in Cubs World.  Bobble heads, cards and other incredible items are the pride and joy of people.
Author Brad Balukjian has pieced together a volume that brings to light that baseball once existed in a more innocent and less complicated age.
This book is part memoir of his time socializing with people like Garry Templeton, Don Carmen and many other greats.  It is also a road trip travelogue written by a very talented journalist.
Return to the days when baseball was truly great!
This book may be ordered via Amazon either in hard cover or e-reader. 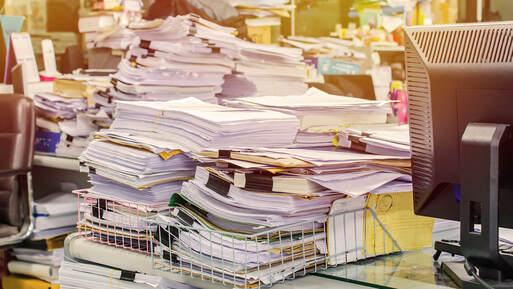 FROM THE DESK OF WAYNE RICHARDS
This has been a very difficult year for many people living under the bubble.  The pandemic, politics and the ever changing face of the Villages has many residents on edge!
​  Sports has always been an escape from trying times.  There hasn't been very much relief with the shortened season.  A real lack of interest has been indicated by the abysmal television ratings of this year's world series.
There was SOME joy in Mudville for Cubs World members this year.  In particular, I thought our outing at the church was a wonderful afternoon for those that attended.  You may recall a tent set up in the center of the field.  I will never forget the moment Harry Carey started singing TAKE ME OUT TO THE BALL GAME on the giant jumbo screen , a wind kicked up and blew things around as if the spirit of Harry approvingly paid a visit.
So...here we now go into the quiet months waiting for spring training to return, hopefully at full strength.  We will do everything we can to provide you with entertaining articles and information in coming editions.
Next issue, I'll have plenty to say about the coming technology to be used in baseball.  Trust me...I AM NOT A FAN!
Until next time, congrats are in order to our friends who follow the WHITE SOX.  Tony Larussa is the new manager.  He certainly brings experience to a young team dying to be molded into something special.  Wow...remember the Cubs in 2016?
Don't worry, our day will come again.  But be prepared for many radical changes.
Until next time.....GO CUBBIES!  GO AWAY VIRUS.