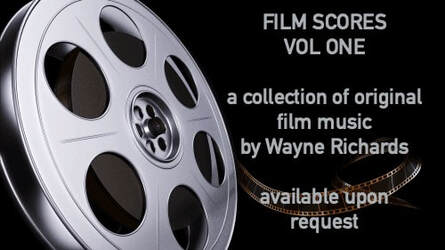 Welcome to my page containing some samples from over 19 years of original music I have composed for films.  I have had the privilege and honor to work with very talented visual artists such as Rand Shackleton, Peter Sun and a rising young filmmaker, Caleb Kurowski.
HARMONY
Rand Shackleton is a respected documentary filmmaker who instills emotion into every project.  His work primarily features life in the Great Lakes region.  In over 15, I have been granted the challenge of scoring films about lighthouses, freighters, resorts and even the antarctic!  One of our early releases was called HARMONY, which paid tribute to the Petoskey and Bay View area in Michigan.  Enjoy a small sample from this work.
GREAT LAKES FREIGHTERS
I had a great deal of fun putting this score together.  Rand Shakelton's  images are very striking and putting music together for this production was a very satisfying experience.
UNDER THE KEY WEST MOON
For this film, Rand Shackleton focused his lens on Key West, Florida and came up with a very entertaining experience partially narrated by a colorful full time resident of the island.
ADDITIONAL SCENES FROM UNDER THE KEY WEST MOON  (produced and directed by Rand Shackelton)
​UNDER THE KEY WEST MOON (music and lyrics by Wayne Richards)