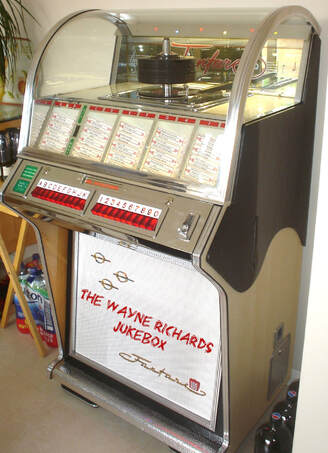 You are invited to explore the songs offered on this page.  The sound files contain original tunes and recordings from decades of creativity.  Pop tunes, theatrical scores, film themes, I've tried to include a little of everything here.  I will continue to add pieces as time marches on.
Keep in mind as you listen that these tracks were recorded using a variety of microphones and set ups.  Some were recorded live.  Some at my home studio and others under the guidance of legendary engineers and well equipped studios.
One studio in particular has helped me develop two very important projects.  One in 1989 and the other in 2016.
The first was the recording of MACKINAC DREAMS.  Along with Jeanne and Gary Albrightson, Cindy Windsor and Lynn Roeder, we recorded the tune in Evanston, Il at STUDIO MEDIA.  They had a large live studio at the time and we laid down tracks "WE ARE THE WORLD"  style.
The second STUDIO MEDIA project was recording an entire cast of great actors and singers selected in my musical, A SUMMER STORM.  Almost every vocal performance was captured in the new smaller PRODUCTION FACILITY, also located in Evanston, famous for an amazing collection of microphones.  Both projects will be represented soon on this site.

BY THE WAY...AS YOU PLAY THE SELECTIONS BELOW YOU DON'T HAVE TO INSERT ANY COINS IN A SLOT!  JUST ENJOY!
LOST IN GAMLA STAN TONIGHT is a tune I've written based on a true experience.  There is an amazing place in Stockholm, Sweden called GAMLA STAN (old town).  It is a legendary area filled with history.  It is said that occasionally, ghosts and spirits can be seen or felt.  I took many late night strolls and one evening I indeed did experience something unearthly floating about.
In addition, on the same evening, a stringed quartet sweetly performed under an archway.  It was very late and what they were doing was unlawful.  But they're beautiful music attracted folks, especially apartment dwellers.
I spoke with one of the violinists  and shared the fact that I was also a musician.  I was invited to stand under the arch during the next song.  I did so only to experience the most jaw-droopingly perfect acoustics my ears have ever been privy to.  That evening I truly was LOST IN GAMLA STAN.
SATURDAY NIGHT AT THE STARLIGHT pays tribute to an American institution that has sadly dwindled during the last couple of decades.  Drive In Theaters have always been a passion of mine and I am proud to pay tribute to them via this song about a fictitious outdoor cinema somewhere in Texas.
MORE TO COME...