WELCOME TO THE AUGUST EDITION OF THE CUBS WORLD NEWS LETTER
​ 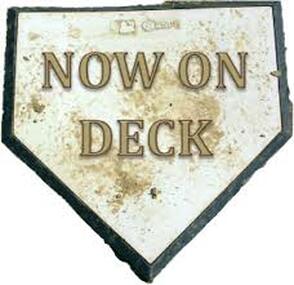 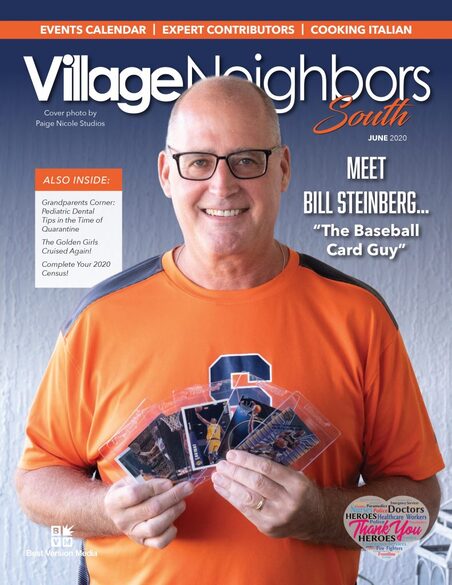 BILL BERRIER TO SPEAK AT SEPTEMBER 5TH MEMBERSHIP MEETING
from the desk of Dan Marx
Villager Bill Berrier (born April 21, 1938 in Harrisburg, Penndsylvania) has an extensive background in baseball with the Los Angeles Dodgers organization.
Bill Berrier was an All-State and Little All-America fullback in football. During his career, Berrier set several Middle Atlantic Conference and school records, including six individual school football records. He was also named the football teams Most Valuable Player three times. On the baseball diamond, Berrier posted a career .325 batting average and went on to sign a minor league contract with the Los Angeles Dodgers, where he reached the AA level.
After his athletic career ended, Berrier stayed with the Dodgers as a minor league manager..
As a player, he played in the Los Angeles Dodgers organization from 1960 to 1967, reaching as high as AA Albuquerque. Bill was a manager in the Los Angeles Dodgers minor league system for 10 years from 1966-1976.
His career managerial/coaching record included almost 500 wins. He won the Northwest League championship with the Rogue Valley Dodgers in 1969. After leaving the Dodgers organization, Berrier was the head baseball coach and athletic director at Huntingdon college in Pennsylvania until he retired in 2007. Bill Berrier was inducted into the Juniata College Hall of Fame in 1995.
Throughout his career, he played against several individuals who were with the Chicago Cubs.  Join us at Colony Cottage for an informative and entertaining evening.
​

WATCH FOR THE RED WORD
Somewhere in this newsletter you will find a word printed in RED.  You may ask why we do this.  First of all because we can.  Secondly, because there are prizes at stake!
All you need do is find the word and write it down on a piece of paper.  Bring it to our regularly scheduled membership meeting this coming September.
There will be a drawing or two and you just might walk away with a valuable gift card!
​  Good luck!

FASCINATING TALES TOLD AT AUGUST MEMBERSHIP MEETING
by Dan Marx
Kudos to Gary Koca and Don Mulder ( our speaker seekers) for going outside the box to present us with a fascinating speaker ,  Bob Lightner PhD. We heard of a most unusual beginning to Bob’s life. When he was just a baby , he was sold for $200 to his adoptive parents in Miami. There was a congressional investigation into black market sales at the time, and Bob was sent away to the UK, in fear of being taken.
While in the UK, Bob took up fencing and cricket. Ten years later, Bob was back in the states and fell in love with baseball. He mentioned at least three times during the meeting that he loved ( and still does) baseball so much, that he never had a favorite team.
He started playing baseball here, having no idea what the sport was all about. And, he was quite good at it. In his academic career he studied astronomy and geology and earned graduate degrees at Cornell University. While there, he met a fellow scientist by the name of Carl Sagan, and they became quite good friends over the years.
But, he went back to his childhood sport of fencing,  and coached at the University of Florida and SantaFe Community College. Then he was offered a job with USA fencing as a senior women's Sabre coach. He was extremely successful and travelled to numerous Olympics earning great success. He coached the best women’s fencer the sport had seen, Mariel Zaguris, and the teams earned numerous gold medals over the years. Thank you , Dr. Lightner and your wife, Edna,  for a wonderful  evening.

ON THE LIGHTNER SIDE
by Wayne Richards
Bob Lightner, who treated Cubs World to fascinating stories about his life's experiences, spoke about a sport that I find baffling. Many  Cricket seems very strange to Americans.
I watched a couple of games on a sports channel while working in Sweden.  It looked like baseball on drugs.
I told this to Bob and he was kind enough to provide me with a sheet containing instructions on how the game is played. 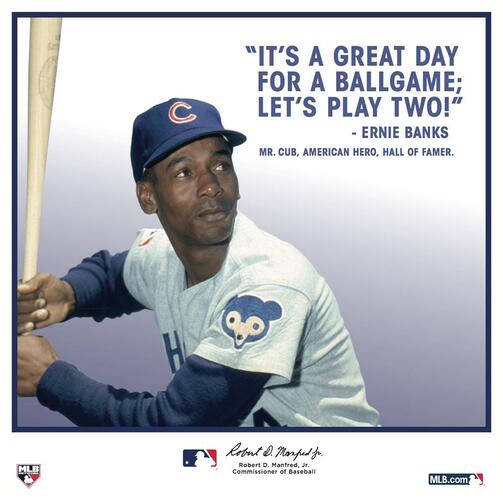 AN ERNIE STORY I'VE NEVER TOLD
by Wayne Richards
​I'm sure we all recall ,with great fondness, the days when WGN was the main broadcast portal for Cub fans.  Radio and television provided all the games.  It was an uncomplicated process that many people wish still existed.
Steve Goodman's classic song, GO CUBS GO, was and is a familiar tune to all and always a joy to hear people raise their voices in song whenever the "W" sign is raised.
But one year, the broadcast production staff felt that a new song was needed.  This was not intended to replace Goodman's classic opus.  That would never happen!
They needed a tune to play at the start of every radio broadcast of a game.  A contest was announced and I found the idea to be intriguing since I was a songwriter and fan.  I also love Chicago blues and that's the style I chose for my effort.
You'll find the original hand written lyric sheet down below, along with a link to hear the song.  My voice was raspy by choice.  I wanted to sound like an old blues singer.  The title of the the entry was WE'VE GOT BASEBALL.
​  Now....here is the bittersweet frosting on the cake.  I did not win the contest.  However, one of the judges was the one and only Ernie Banks and he was nice enough to send me an e-mail.  It contained two sentences.  "Yes indeed, we've got baseball!"
I'm sure other entrees received similar responses from this very kind man.  But what a surprising moment it was to find his words in my inbox.  I like to think that he grinned when he heard me shout during the last moments of the recording, "LET'S PLAY TWO".
Here's the bitter part.  I accidentally deleted the e-mail.  Obviously, there's nothing I can do about this bone head move.  But, I always smile about this experience whenever the name ERNIE BANKS is mentioned.
I have placed the song in my jukebox which is located in my on line museum.    CLICK HERE 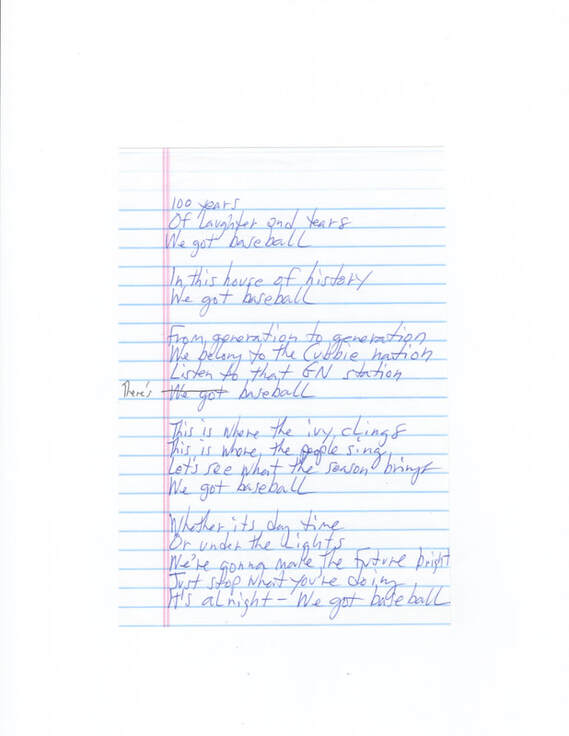 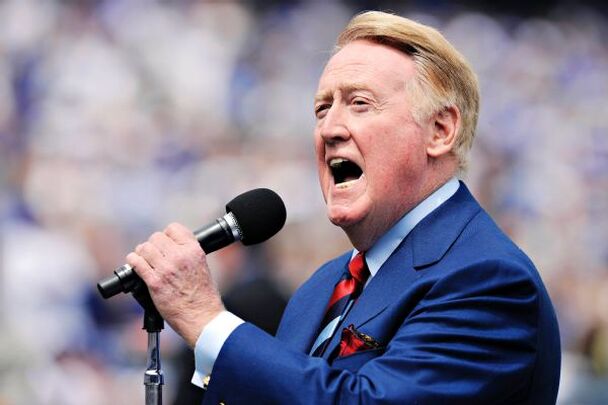 A LEGEND HAS PASSED
by Wayne Richards
There are many great broadcasting talents who can call games skillfully and professionally.  Cubs announcers like Jack Brickhouse, Harry Carey, Pat Hughes and Milwaukee's Bob Eucker have captured many of our hearts.
But even the aforementioned giants of the airwaves would agree that Vin Scully was at the very top of the pyramid.   He was the best of the best!
This icon of the West was actually born in the Bronx way back in 1927.  His passion was playing stickball in the streets.  His family moved to California when he was seven years of age.
At age 22, he was back in Brooklyn hired by CBS to join Red Barber and Connie Desmond in the broadcast booth and by age 22 became the youngest person to announce for the World Series.
The highly recognizable voice of Scully called some great historical games during his career.  But, in many ways, he also has become part of baseball history!
Here is the very special moment Vin gave Cub fans at Wrigley Field!  CLICK HERE 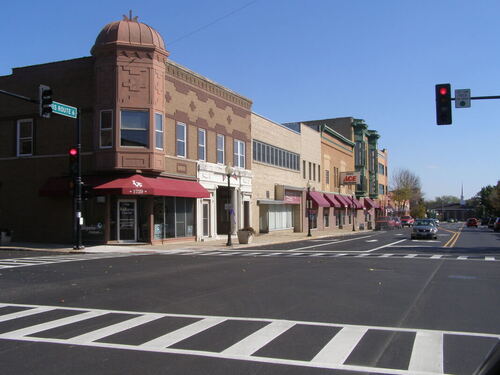 WITNESSING HISTORY ON A MEMORIAL DAY
by Wayne Richards
It always amazes me that small towns such as Lasalle-Peru in Illinois boast of citizens that occasionally reach fame.  Russ Meyer (not to be confused with the exploitation film maker) went on to play for six major league teams.  Not bad for a guy who sold Christmas trees during the winter.
Another home town boy, a proud member of Cubs World by the name of Jim Hill, did not become a history maker.  But he did witness one of the most amazing games in baseball history.

In a demonstration of sheer honesty during this interview, Hill proclaimed, "Growing up in La Salle Peru was boring.  My father was a baker, but they say he could've been a professional baseball player.  He died in 56 and my mother in 57."
Jim had a school chum named Marc who was a bit older, although they were both in some of the same classes.  "He was a jovial kind of guy, " said Hill.  " Marc's father owned some movie theaters and the family had some money.  Marc said if I would help him get through college, he would pay for my last two years at college."
Marc also had another enticement for Jim.  It involved a ride in a red thunderbird convertible to Chicago to attend a game at Wrigley between the 1st place Milwaukee Braves and the last place Cubs.
The date was May 30, 1956.  Only 29,113 fans were present.  Nobody could've predicted the history making game that took place that day!
Said Jim, "The Cub pitcher for the Cubs for game one was Russ Meyer.  What I knew about him was that he was known as the "MAD MONK".  He also was from La Salle-Peru and sold Christmas trees in the Winter.  Marc took me down to the field to met him." 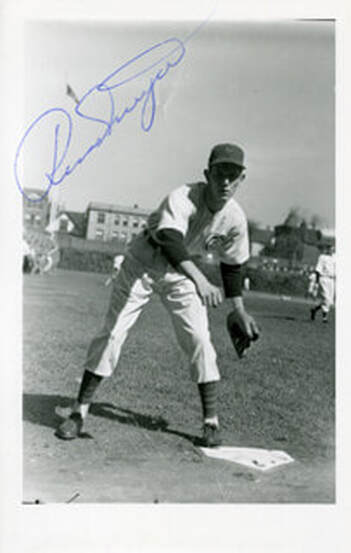 As it turned out, it wasn't the greatest day for Mr. Meyer.  "Our home town hero gave up three homers in a row and got tossed from the game."  After all, the "MAD MONK" was famous for his temper tantrums.
With the Cubbies being in last place, emotions were high as indicated by a bench clearing brawl.  It was quite a day.  For details about this amazing game, CLICK HERE
​  Another memorable day for Jim, now established as an accountant,  arrived when a friend introduced him to a fine lady who would eventually become his wife.  Eileen moved to the United States from Wales when she was 24 years of age. She has a masters in library science.
​  They moved to Chicago  in the 60's.  They had a son and a daughter.  John is an architect and author with six published books to his credit.  Margo (Margaret) studied film editing at Columbia college.
Jim and Eileen moved to the Villages in 2007 and joined Cubs World in 2016 after being encouraged to do so by our own Dan Marx.  They also belong to the Chicagoland Club as well as the Welsh club.  Jim enjoys the golf scrambles.
But, when it comes to baseball, Jim Hill has witnessed the worst of times and the best of times.  There is much history to come.
​ 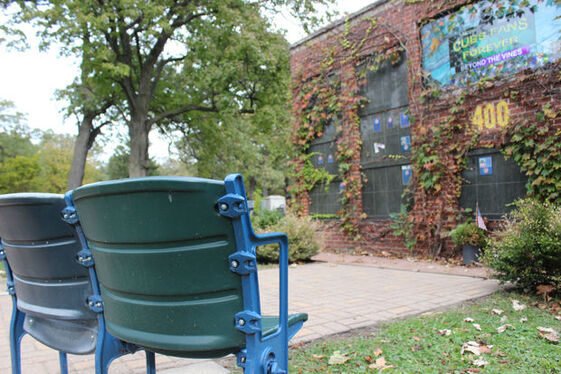 A FINAL RESTING PLACE
by Wayne Richards
Before you start thinking new seats have been installed at Wrigley, take a closer look!  The wall and the ivy decorate a section of Chicago's Bohemian National Cemetary.  This special columbarium named, "BEYOND THE VINES" is filled with deceased Cub fans!
The grounds of this amazing facility are also the resting place for Mayor Cermak and those who perished in the Eastland disaster in the Chicago River.
But , thanks to a gentleman by the name of Dennis Mascari, the confines seem to be much more friendly.  This Park Ridge resident and marketer came up with the idea for the wall.
This peaceful resting place holds 400 urns.  It was designed with care and detail.  Visitors can relax on a bull pen bench or stadium seats that once graced Wrigley.
The 24 foot long brick center field wall is adorned with ivy.  There is a score board made of stained glass, complete with a clock set to 1:20 pm., the starting time for afternoon games.
Visitors run the full spectrum of emotions during visits as one might expect.  They often bring artifacts to place on the wall such as baseball cards and ticket stubs.
Upon his death, Dennis Mascari was buried here.  But I'll wager a season's ticket that his spirit is smiling down on this wonderfully heart-felt cemetary, which proudly diplays a "W" flag on the front gate! 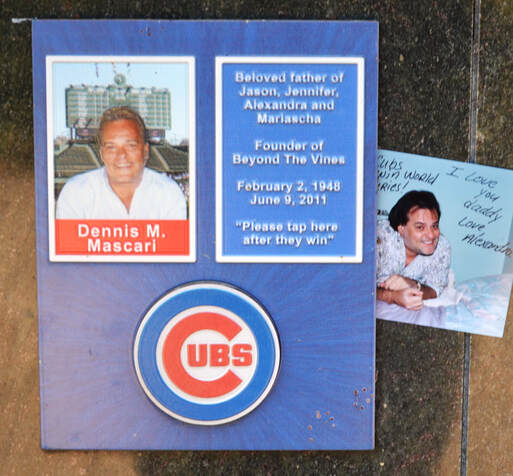