MAY THE FLAG FLY HIGH THIS SEASON!
Late February is when pitchers report to Spring training.  It is the beginning of an important time to investigate how to make the Cubbie engine operate at a higher level.
To be honest, many professional baseball analysts think that the Cubs should be above .500.  In any case, it's going to be a very busy schedule.  GO CUBBIES!!!!
​ 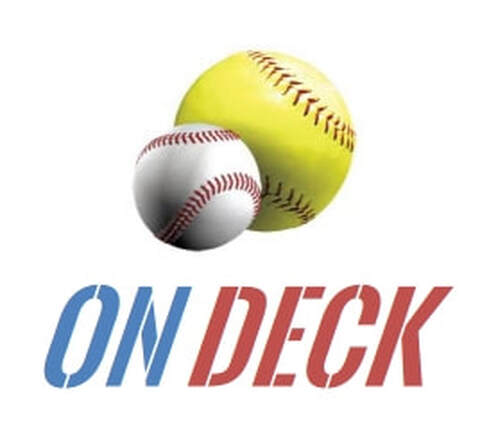 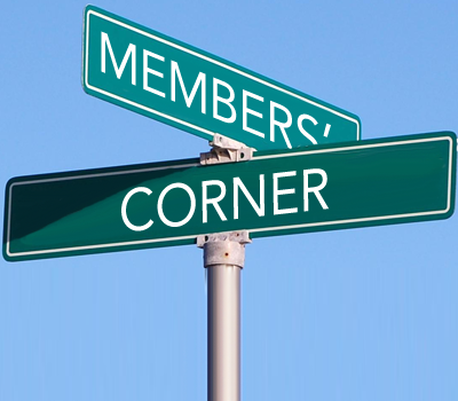 QUESTION OF THE MONTH
(by Wayne Richards)
(from an idea by Dan Marx)
Once again we are gathered at our familiar meeting place to share ideas and comments.  Its cool one minute and hot the next...but there is an anticipation and excitement in the air as the season gets closer.
As you explore this newsletter you will find an article announcing some changes in baseball rules for 2023.  We'd like to know what your opinion is of any or all of these new regulations.
​  Don't be shy!  Tell us what you think. 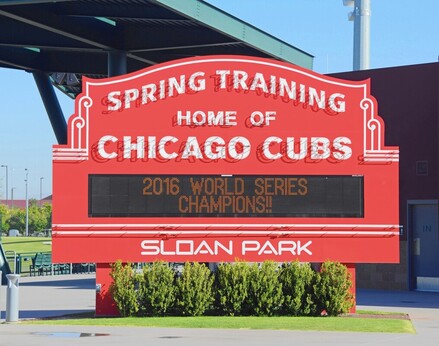 TRAINING REPORTS SET FOR MARCH
By Wayne Richards
For several years, my good Arizona friend Tony has kept CUBS WORLD enlightened with regard to the happenings at Sloan Park.  He is a die hard fan if there ever was one and has been very graciously serving as our eyes and ears.
If any Cubs World members have not availed themselves of the experience of visiting Sloan Park, you should plan to one day.  It has a Wrigley vibe that is unmistakable.
One of the primary reasons Tony moved out West was to be near all the spring training action.  He told me once, "Things would be fantastic here is the Cubs could get as hot as the weather!
He is in possession of tickets and ready to once again provide reports for us.  I can state to the world that Tony is a class act and a good friend.  He also is not afraid to be opinionated....SO THIS COULD BE INTERESTING!
To be honest, Tony wishes he was part of Cubs World.  I'm hoping he visits the Villages...not only because I'd love for him to move here, but he would be an extraordinary and enthusiastic member.  TONY...COME JOIN US!

CHANGES FOR 2023
by Wayne Richards
The game of baseball has changed since I was a little sprout devouring frosty malts at the friendly confines.  In fact, the game was different for my grandfather when he took me to some games.
One thing I've noticed is that there have been attempts to speed up baseball in recent years with little success.  In fact, baseball games seem longer than ever!
Nevertheless, new attempts are being made via the introduction of new rules being initiated in 2023.   It would be interesting to hear from Cubs World members if you feel any of the following changes will be of benefit.
THE PITCH TIMER
Had this new 30 second limit been introduced during the Sutcliffe years, many fans would not have been able to take a nap between pitches.  By the way, pitchers who violate this rule will be charged with a ball.  Attention batters!  You have 8 seconds to properly set yourself in the box or you will be charged with a strike!
DEFENSIVE SHIFT LIMITS
Ok!  Listen up infielders.  There must be at least four of you out there, with two positioned on either side of second base.  Whatever side you are assigned...you will be there for the entire game!  Your manager cannot switch you.  This might improve batting averages.  Also...remember...if you are not properly positioned when the pitcher takes the rubber , the offense may choose between a ball or the result of the play.
SIZE MATTERS
Ball players should have no trouble seeing the bases this year due to the fact that they are larger!  Once 15 inches square, they are now 18.  However, this does not include home plate.  The idea behind this change is to reduce accidents and injuries.  It could also confuse some umpires who might privately feel compelled to get their eyes examined. 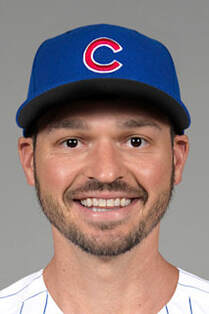 TREY PROMISES TO BE A TRUE TEAM PLAYER
By Wayne Richards
History has proven that Trey Mancini (one of the newly acquired Cubbies) has been well liked by his former team mates with the Orioles and the Astros.  "I like playing, " said Trey.  "Wherever you want me I'm there!"
Mancini has proven to be an effective utility player, good at first base or the outfield.   He could also serve as a designated hitter.
​