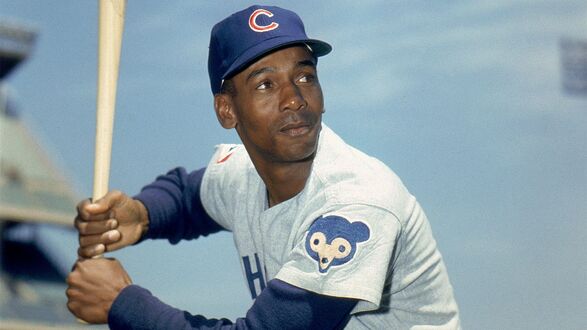 It is perfectly acceptable for Cub fans to acknowledge legends from other teams and leagues.  I've seen crowds at Wrigley cheer on opposing players whenever they set an important record.
Chicago Cubs fans are certainly appreciative of all  the legendary Ernie Banks has accomplished in his 19 year career.   He will always be remembered as an outgoing, approachable and worthy of being called, "MR. CUB".
However, there is another famous Banks who's career with the Atlanta Braves spans 54 years!  He has never thrown a ball or swing a bat professionally.  Yet, the Braves management will be handing out a special WALTER BANKS bobble head to fans in July.
Banks has been an usher since the days of Hank Aaron!  He is well loved by local fans and has had his likeness printed on tee-shirts and other items.  This extraordinary individual is so deeply respected that other ushers compete during the course of the season to win an award bearing his name.
The Chicago Cubs World salute Walter Banks.  May you have continued good health! 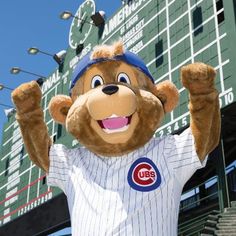 CLARK HAS SOME PRIZES FOR CUBS WORLD MEMBERS!
"  HI!  I'm Clark the bear, official mascot of the Chicago Cubs and I'M NOT WEARING ANY PANTS!  WOO HOO!  Anyway...how would you like to win a gift card?  Simply read the following article TONY ON THE SPOT and look for the word in RED.  Write down that word on a piece of paper or file card and bring it to the next regular meeting on April 1st at Colony Cottage.  Make reservations now! 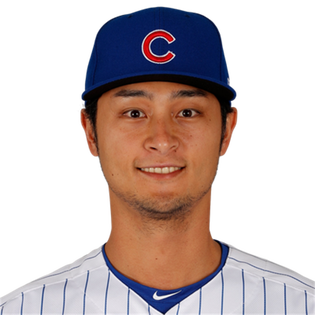 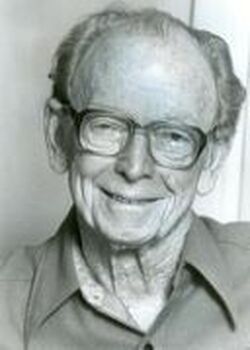 Does anybody recognize the gentleman in this photo?  His name is Red Barber.  He is the very first television "play by play" announcer!  He demonstrated his skills before most of us were born!
Many people don't realize that the earliest experiments with the development of television took place around 1925. In 1939, prompted by the World's fair,  the first actual broadcast of a game took place that same year.
It was a contest between the Cincinnati Reds and the Brooklyn Dodgers at old Ebbets field that less than 500 individuals were able to view a crude broadcast on a station bearing the call letters (and numbers) W2XBS.  Eventually, the station became WNBC and by 1946, baseball was becoming popular on the ever growing visual medium.  In the fifties, television had made its way into most homes.
Today, high definition presentations of games are so sensitive, they can pick up the visual wobble of a baseball being tossed or the enhanced sights and sounds of a game presented in surround sound!
Now that the presentation of a game can be shown in amazing digital splendor, it's a shame that broadcast schedules are ever changing and confusing with internet options that charge an arm and a leg and STILL block out certain games. 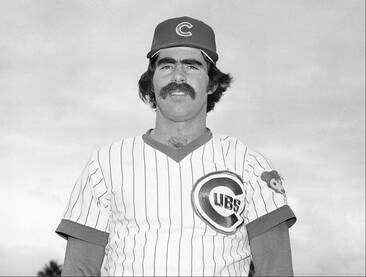 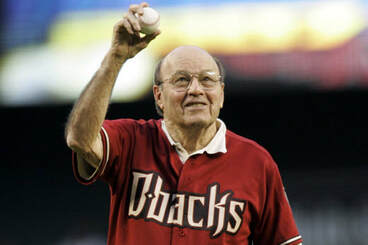 JOE GARAGIOLA
"The Chicago Cubs are like Rush Street--a lot of singles, but no action!" 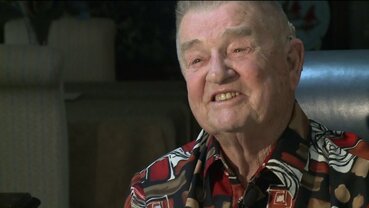 WHITEY HERZOG
"If I managed the Cubs, I'd be an alcoholic!" 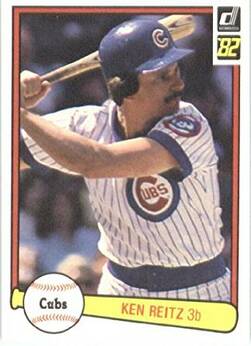 KEN REITZ
"The only bad thing about being released by the Chicago Cubs is that they made me keep my season tickets!" 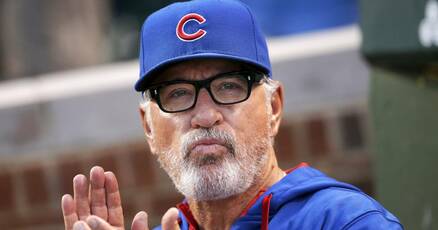 QUESTION OF THE MONTH...

Will 2019 be Joe Maddon's last season with the Cubs? 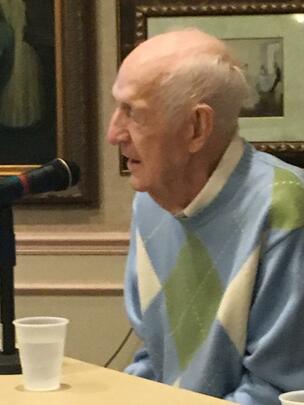 YANKOWSKI CHARMS AT MARCH MEETING
With tremendous humor and pathos, 96 year old, George Yankowski, painted a beautiful mosaic of words describing his experiences in baseball.  Don Mulder conducted a panel interview which was conversational and very entertaining.  How could it not be when an individual like this eloquently describes his experiences with the likes of Connie Mack and Babe Ruth?
Yankowski also waxed poetically about the anemic salaries in the early days, as well as the absence of any pension plan.  But, as described by our distinguished guest, it was about a LOVE for the game that began as a very young child.  KIDS WANTED TO BE BALL PLAYERS!
In addition to acknowledging his unfailing dedication to the game of baseball, time was set aside in the interview to acknowledge his impressive military service as the entire roomful of Cub fans broke into a version of 'GOD BLESS AMERICA.
Perhaps the biggest surprise during the interview came when he revealed that he was a Chicago Cubs fan! 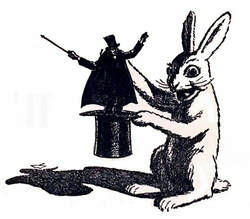 RON SHUMATE ENTERTAINS FOR CUBBIE FANS ON MONDAY, MARCH 18TH!
Anything can happen when magician Ron Shumate takes the stage at the beautiful Savannah Center this coming March 18th!
​  The doors will open at 6:30 pm. for this special event that features not only a great program of magic, but also the presentation of a very entertaining video entitled, WRIGLEY FIELD-OUTSIDE THE IVY.
Please register for tickets ($7.00)  Bring your own snacks and drinks.  We promise Ron will not make them disappear! 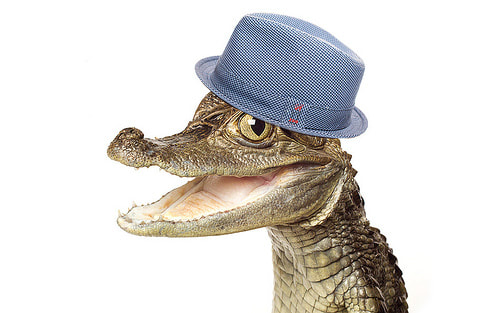 A SPECIAL INVITATION FOR YOU
The Village's very own celebrity, Larry the Alligator, would like to invite all fans to attend a CUBBIE VIEWING PARTY at GATOR'S IN BROWNWOOD on Saturday, May 11th beginning at 1:30 pm.  First pitch will be at 2:20.
Please go on line and register for this event!  You never know...Larry might be around for a little bite!  Come join us to cheer on the Cubbies!
​ 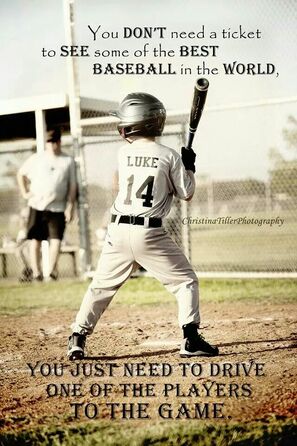 AN IMPORTANT MESSAGE FROM OUR PRESIDENT,         DON MULDER!


Baseball is a sport we love the best and many of us played in little league growing up.  CUBS WORLD is  registered as a baseball social club in the Villages, so its natural for us to support Little League.  Many clubs support the local food pantries but none of them could support Little League better than we can.
Our team is called the CUBS, playing against Red Sox and Yankees on beautiful fields next to the Lady lake library.  Go see a game to see our banner on the center field fence.  Wear your Cubs gear so you look like your team on the field.  Introduce yourself to manager Steve Long and thank him for introducing baseball to kids.  And look for the lucky Villagers watching their grandson play on our team. 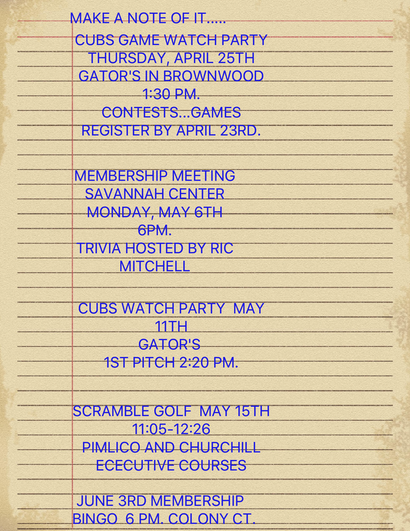 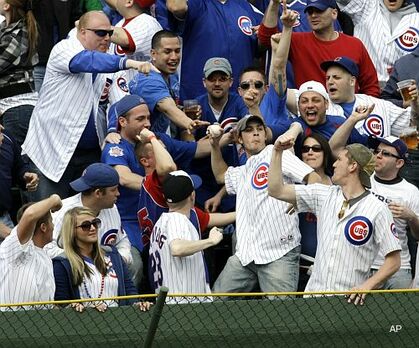 FROM THE BLEACHER BUM!!
by Jack Herbon
Manager Joe Maddon has been carefully watching all his pitchers this spring hoping he will get one arm which will make a big difference this season.  So far, Tyler Chatwood,
who has a 2.25 ERA this Spring, looks like the guy who might put the Cubs back in the playoffs.  His control has been been very good and at the age of 29 he is now in that sweet spot of baseball careers.
Albert Almora has also been having a great Spring so far.
He's starting to look like that man who will not only be our lead off hitter, but also our everyday center fielder.  Ian Happ was a disappointment in 2018 hitting just .2333 with many strikeouts.
​  There one name you want to follow is Nico Hoerner.  He was the Cubs first pick in the draft and plays shortstop.  He may be on the fast track to the majors like Kris Bryant and Kyle Shwarber.  Hoerner has all the tools and will be fun to watch in the future