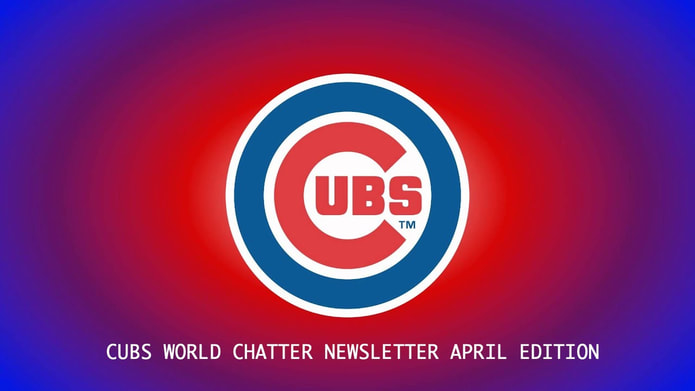 WELCOME TO THE FIRST OF TWO APRIL NEWSLETTERS TO BE RELEASED FOR YOUR ENTERTAINMENT DURING A TROUBLESOME TIME IN OUR HISTORY.   KEEP YOUR HEAD HEAD HIGH AND WE'LL BE WATCHING BASEBALL AGAIN BEFORE YOU KNOW IT.
CUBS WORLD HAS A WONDERFUL AND EXCITING FUTURE AHEAD.  ENJOY! 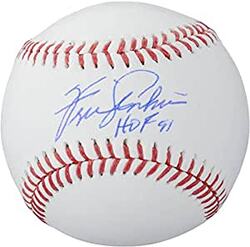 A MAN WHO KNOWS HOW TO STEP UP TO THE PLATE!
For most major ball players who make millions per year, the Coronavirus has only put a temporary dent in their portfolio.  But one must feel empathy for individuals who serve in our ballparks as venders and other workers who are definitely feeling the strain.
Recently, most major league managements dug into their coffers to provide funds for these fine people.  But CUBS WORLD would like to acknowledge ,a man many Cub fans remember fondly, who began started the ball rolling before Ricketts opens his purse strings.
Former Cubs pitcher, Ferguson Jenkins (who also was a member of the Harlem Globetrotters) is quite a character.  Glancing at Facebook I saw a video he posted offering voice over and special appearances to raise money for those in need.  This is the kind of man CUBS WORLD members respect...a legend who really cares!!! 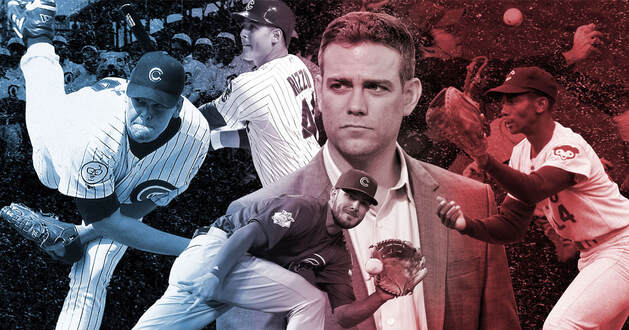 HAVE YOU EVER MET OR SPENT TIME WITH A CUB PLAYER OR STAFF MEMBER?  WE'D LOVE TO HEAR YOUR STORY.  THIS MONTH, OUR OWN JAMES GULESERIAN WEAVES A FUN LITTLE TALE ABOUT HIS BRUSH WITH FAME.

PLEASE ENJOY HIS CONTRIBUTION AND LETS HEAR FROM YOU!

He’s not really my favorite Cub player. (Not even in the top 5)  But, during the topsy-turvy 1977 season I became a fan of 3rd baseman Steve Ontiveros. The Cubs had moved into 1st place the day before Memorial Day and headed to St. Louis for a 3 game set with the Cards. So did I.
We got beat in the first two games pretty soundly. After the second game I was sitting in the hotel bar along with a bunch of the Cubs. Steve was sitting next to me and we struck up a conversation. So he says to the bartender, “Get him a beer. Put it on that tab.” (A tab that was paid by fellow player Jim Todd.)
What’s not to like about a player that buys you a drink and puts it on another guy’s check? 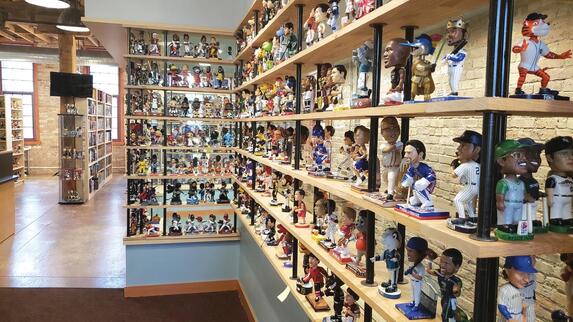 THE NATIONAL BOBBLEHEAD MUSEUM OFFERS AN ONLINE EXPLORATION!
On the second floor of a warehouse somewhere in Milwaukee is the ultimate mecca for bobble head enthusiasts!  One of Cubs World's own, Dave Bellovary has an amazing collection and it might even be larger after exploring the NATIONAL BOBBLEHEAD MUSEUM.
Bobble heads include figures from sports, music, film, politics and even strange emojis!  The museum is only open to on line guests, as you might expect.  But, a very interesting virtual tour can be yours by simply visiting....
​https://www.bobbleheadhall.com 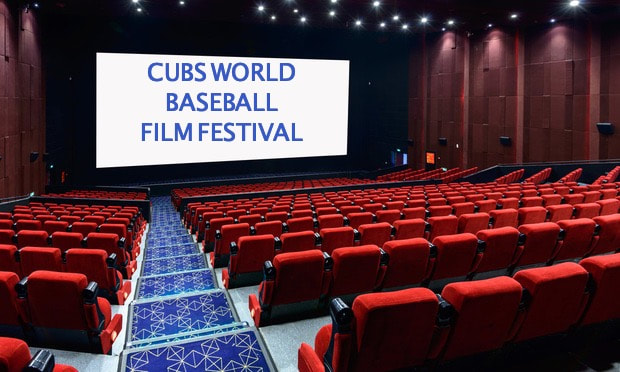 While this pesky pandemic keeps us close to home, people are coming up with entertaining ways to fill their time.  Here is a suggestion for our faithful baseball fans.  With the help of streaming networks worldwide, there is a wide selection of baseball themed dramas and documentaries available for the click of a remote.  (Some nominal fees may apply.)
BASEBALL FILMS AVAILABLE ON NETFLIX
BATTERED BASTARDS OF BASEBALL
AMERICAN MASTERS: TED WILLIAMS
SCREWBALL
WEEDS ON FIRE
THE UNAUTHORIZED BASH BROTHERS EXPERIENCE
BRAMPTON'S OWN
MAJOR LEAGUE 2
THE NATURAL
HOPE: ONE IN A BILLION
LATE LIFE:  THE CHIN MING WANG STORY 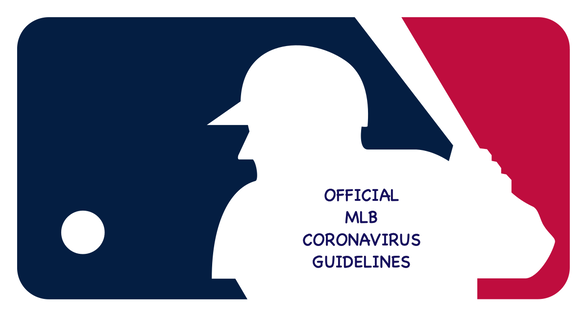 The current state of thinking is that baseball will return in April.  MAJOR LEAGUE BASEBALL has set forth rules and regulations designed with the safety of players and fans in mind.

1.  All non roster players shall return to their offseason residences if they do not require ongoing treatment.

2.  Players on the 40 man roster must be permitted to remain at the Spring training site.   If they choose to, teams will provide facilities and allowances. 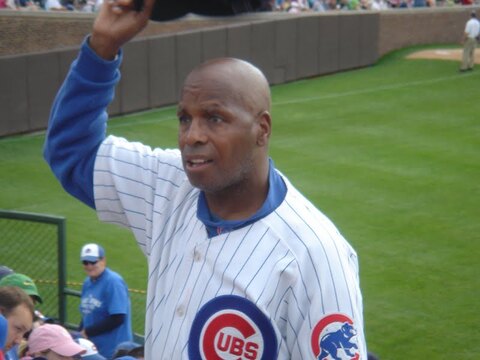 REMEMBER MR. LEATHER LUNGS?
Thats what the late Harry Carey called this man.
It's none other than Johnny Woo Woo, a man who's unique vocal expression and style put a smile on our faces.  (We could use some smiles right now!)
​  Born in 1941, this extraordinary soul and self-made celebrity embraced sunshine although his personal life was dark and troubled.  His escape from a sad life of abuse and homelessness was fueled by a love for the Cubs.  His familiar enthusiastic "WOO"  first materialized in 1958.
In 2001, Johnny was given the honor of singing TAKE ME OUT TO THE BALL GAME in front of an enthusiastic crowd.  He has recorded commercials and has made numerous appearances.  Once the 2020 season finally gets under way, he will most likely be there...cheering on his beloved Cubs and greeting fans.  Thank WOO you WOO Johnny WOO for WOO all WOO that
​WOO you WOO do WOOOOOOOO!

THEO EPSTEIN NAMED IN ARIZONA LAW SUIT!
The Chicago Cubs President of Baseball Operations, Theo Epstein, has been slapped with a $60, 000 bill and a lawsuit filed by an Arizona couple who rent their house to him.  It involves the Epstein's family pooch.
Winston the dog evidently possesses the skill of peeing anytime and anywhere!  The house allegedly reeks and to make matters worse, the house is under attack by scorpions!  A court date has yet to be determined. 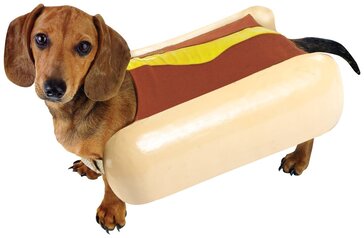 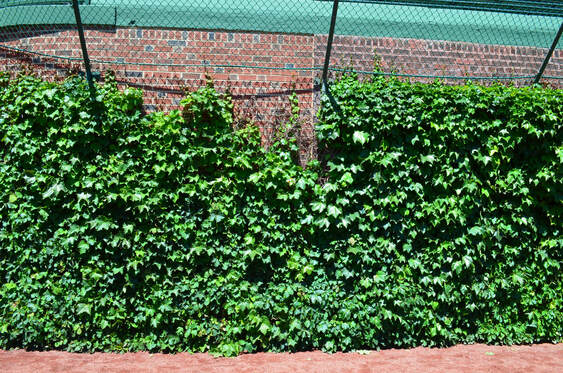 SO YOU LIKE LAW SUIT STORIES?
This one involves the iconic ivy of Wrigley Field.  The law suit has been filed by Michigan resident, Daniel Fox.
Fox came up with the idea to place pieces of ivy in various Cubs gift items.  As a matter of fact, he has a licensing agreement with the Cubs to sell special plexiglass display cases containing a leaf of ivy for ten percent royalties for each unit sold.  The Cubs placed their logo on it to make it more official.  It is alleged that the Cubs continued selling the product after 1984.  There is no other information at this time other than the fact that Mr. Fox claims the Cubs stole the idea.  CUBS WORLD WILL KEEP AN EYE ON THIS IMPORTANT STORY AND WILL PRESENT DETAILS AS THEY BRANCH OUT.  (Sorry.  Couldn't help myself.) 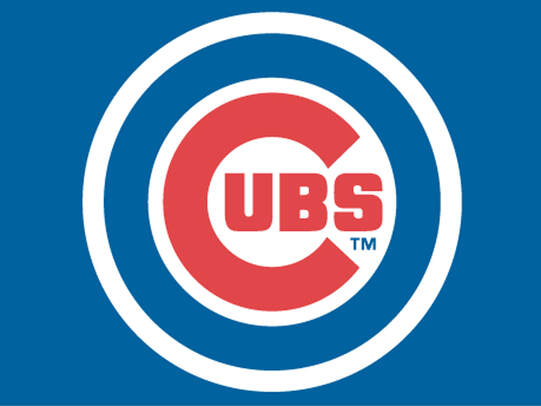 KEEP A SMILE ON YOUR FACE!
Who knew that a world-wide crisis like this would come along and alter our lives in such a short amount of time?  But it has!
We all miss baseball...that is for sure!  We all miss enjoying a beautiful dinner at a club or a restaurant.  We miss enjoying stage shows or an evening at the cinema.  We cannot dance or enjoy a beer in the squares.
But, we are Americans!  We are strong!  We are resilient!  We will bounce back better than ever!
As far as baseball is concerned, it has been projected that things will most likely begin in May.  There will have to be a shortened training and conditioning period scheduled.
Here's an interesting thought.  With all the domed stadiums around the nation, the post season could be played anytime....even as late as December!  In a way, I think this would be a great way to transform Miller Park into WRIGLEY NORTH for real!  They'd love that up North I'm sure!
Keep your head held high Cubs World!  We'll all be enjoying membership meetings, guest appearances, outings and watch parties soon!  SPECIAL NOTE:  THERE WILL BE A SECOND NEWSLETTER ON APRIL 15TH.  (And you won't have to file taxes if you don't want to!)  GOD BLESS AMERICA and GO CUBBIES!