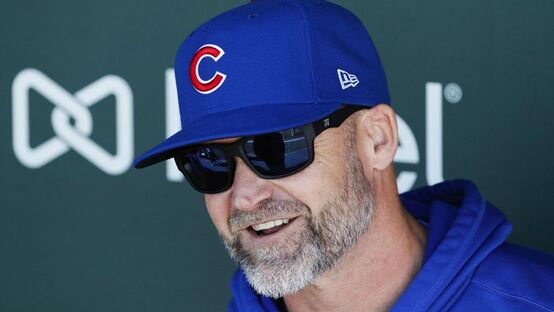 MULTI FACETED ROSSI CONQUERS NEW GROUND
We remember how he played.  We saw him dance on national television.  We've observed his managerial style.  But now, Grandpa has revealed a new skill.  Acting!
Recently, ESPN presented a commercial spot for Jim Beam in which Ross plays several characters and pulls it off very well.  One of the portrayals is a bar tender who serves a Chicago Style hot dog.
​  David Ross insists that the commercial work will not interfere with his current responsibilities.  He shot the spot quite some time ago and is only now being aired. 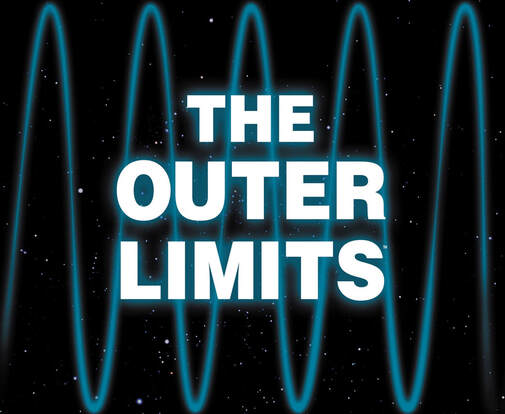 THE BLEACHER BUM REPORT
By Jack Hebron
In my last report I talked about how this season would be like the "Twilight Zone".  Well, it didn't take long for the Cubs to change that and enter into the "Outer Limits".  What a start they have had in this crazy shortened season! And it's obvious the starting pitching is the main reason. All our starters have looked good so far. Only that one outing by Tyler Chatwood, has caused a slight blip to their great ERA.  Even the right hander Alec Mills whose had just two starts has looked impressive. The bullpen continues to look shaky and Craig Kimbrel's is the main concern. I would only use him now to pitch batting practice until he can find himself.
Ian Happ and Jason Kipnis have really looked good so far. Kipnis who is from Northbrook must be in 7th heaven right now the way he has been playing. Happ looks real comfortable now at the plate. He would smile before about as often as getting a free beer at Wrigley. But, now he looks like he is really enjoying himself which is good to see.
As for the schedule, I have no idea how the Cubs are going to make up those three games against the Cardinals. They got hit hard with the Coronavirus. It's going to take some weird planning to make those games up. This upcoming ten game homestand can really separate the Cubs from the rest of the division. Those three games against the White Sox will be a must see.
So as of right now, like they said in the Outer Limits. "Don't adjust the horizontal or the vertical". Let manager David Ross do all of that. ​ 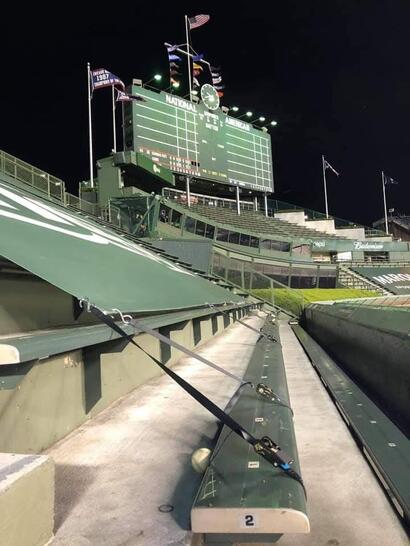 A SEASON TO REMEMBER OR FORGET?
Needless to say, the Chicago Cubs have done very well during this history making shortened season.   As a matter of fact, they're off to the best start they've had in 50 years!
The Chicago Cubs have no desire to drop the ball.  They feel energized and focused.  Even with a little time off due to the cancelled St. Louis games, the team spent their time wisely.  WGN television reports that everyone worked on conditioning and drills within the walls of Wrigley.
But those empty stands are getting to staff members.  They've held off from positioning cardboard photos, except for a few silly signs in the bleachers.  The new posters will contain photographs of legendary players, coaches...etc.
However, all of this positive energy is being challenged by the reality that this 60 game season might have to be cancelled.  We all would hate to see that happen.
There's nothing anybody can do except play by the rules with the greatest caution.  The last thing the Cubbies need right now is another curse.

THE DREAM IS GONE AGAIN!
It has been a frustrating season for all baseball fans, especially for those who had planned a trek to a very hallowed ground in Iowa.  The same field featured in the motion picture, FIELD OF DREAMS, has become a wonderful tourist attraction.  People love to jump into the greenery in search of ghostly ball players.  (There are reports that some folks have seen a playful jack rabbit, but that's about it.)
​  Still, it is a wonderful environment to day dream.  It was very exciting when late last year an announcement was made that an actual game between the Chicago White Sox and the St. Louis Cardinals would be held.  The teams were picked due to the scheduling availability in the midst of what promised to be a very busy season.
But, when Covid came around things closed down and the Dream vanished.  There was hope recently when it was announced that the game had been re-scheduled.  But, with members of the St. Louis team testing positive for covid 19, the event has once again been cancelled.
Note:  According to Cardinal management, the team has been complying with rules and regulations.  However, some team members recently visited a casino and one has to wonder why anyone would do that when a season is on the line.

ANOTHER CLASSIC IN TIME?
Baseball fans throughout the country are familiar with Steve Goodman's song, GO CUBS GO.  It is a tune directly connected to Cubbie game victories.  It certainly is a fun moment to hear voices of joy echoing around the friendly confines.  Unfortunately, that is not a reality this year thanks to Covid 19.
There is a saying that when the going gets tough, the tough get going.  This is particularly true in the entertainment business which has basically shut down as far as new artists trying to promote themselves.
The Bleacher Bum band, go-getters all, have released a tune they hope will garner some attention.  It is called COMING BACK TO WRIGLEY.  It actually was introduced right after the Cubs won the series in 2016.
They have re-recorded the song for 2020 and if you'd like to listen to the tune you can do so on You Tube.  https://www.youtube.com/watch?v=2P2hO17uHoo 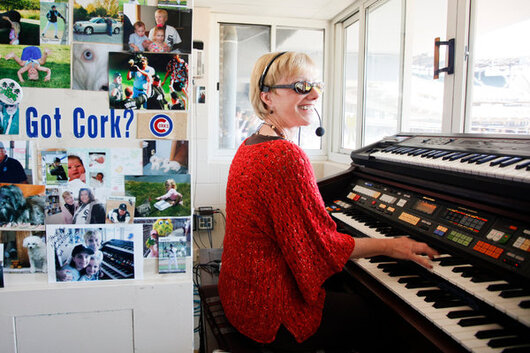 IS NANCY FAUST A SECRET CUB FAN?  (Just look on her bulletin board.)
by Wayne Richards
You'd be surprised if you knew that some individuals associated with other teams have a spot in their hearts for the men who play in the friendly confines.  The Milwaukee Brewer's radio voice, Bob Eucker, has admitted that his entire interest in baseball began when as a youngster, he took the old Milwaukee Road train on many occasions to come see the Cubbies play.
I have shared my story with Cubs World about the times I performed the national anthem at White Sox Park.  I always met wonderful celebrities at these games, but the highlight of each visit was to visit with a smily and talented musician who masterfully and tastefully played the organ, as well as a digital keyboard.
I recently contacted Nancy and she revealed a few interesting tidbits.  She admitted that, for the most part, she has always played by ear.  This doesn't surprise me at all.  Most really solid musicians I've known through the years have this ability.
"I really miss the old Bill Veeck days, " Faust remarked.  "There was no social media back then, but fans made great suggestions."  Those were the days when there were fun promotions and stunts all designed to do one thing and one thing only.  Make baseball more fun.
As far as creativity is concerned, Nancy has a very fast and creative mind.  "Back in the seventies on opening day we had a streaker run across the field." she proclaimed.  "I immediately started playing IS THAT ALL THERE IS followed by I GOT PLENTY OF NOTHIN!"
Just like Gary Pressy, her fellow contemporary across town, she has retired from the game.  They are both wonderful people who have given so much to baseball.  They created magic.  That's why they both received special bobbleheads designed with their likeness.  I've never had a bobblehead.  But people have tried to twist my head off on occasion. 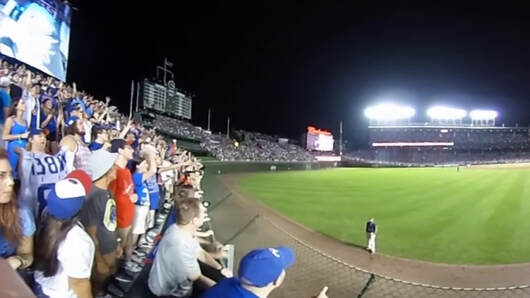 A FOUR AND A HALF INNING STRETCH?
The great Ernie Banks used to shout out enthusiastically, "LET'S PLAY TWO!"  Double headers were always special.  Whenever two games were scheduled for an afternoon, baseball loving students and hard working adults would rush home to catch the remainder of a second game.
Double headers have become a pain in the gluteus maximus for most ball players.  But, since make up games are an occasional necessity these days, a new ruling will soon be introduced limiting such games to seven innings.  This reality has caused some negative fan feedback.
What do the fine people of Cubs World think?  Is this a good idea?  We'd love your opinion. 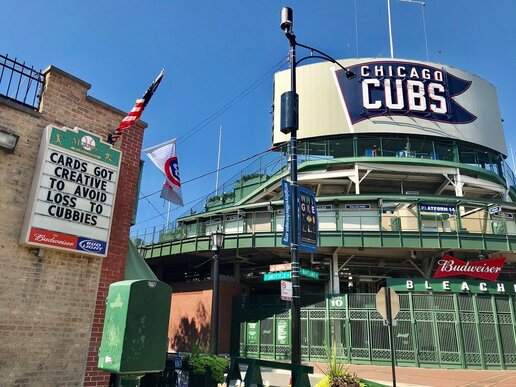 SIGNS OF THE TIMES
Anyone who has spent a decent amount of time exploring Wrigleyville probably has noticed that at certain times in Cubs history, various neighborhood businesses  have displayed humor on billboards, store fronts and windows.
I can recall vividly when the entire neighborhood was absolutely thrilled with the arrival of Kosuke Fukudome.  You could find Japanese phrases adorning door fronts and residential windows everywhere.
​  Another time, there was a towering billboard sponsored by Moosejaw which read, "THERE'S PROBABLY A COP HIDING BELOW THIS BILLBOARD".  Guess what.  They did hide there!
It is not uncommon to see baseball themed graffiti about.  But there are also professionally rendered ads that adorn the outside wall of certain buildings.  I remember seeing one of those that stated, "DITCHING WORK FOR THE BLEACHERS!  NOW THAT'S OLD STYLE!"  It sure is!
​ 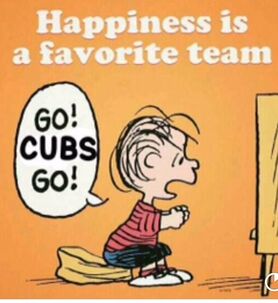 It is very hard to believe that the next issue of CUBS WORLD CHATTER will be released on September 1st!  It will be quite interesting to see how baseball is going to do at that time.
Things change very quickly so please be aware that there are discussions taking place to arrange a possible get together at Gators in Brownwood.  We urge every member to check your e-mail closely from time to time for information and updates.
Most of all, please continue to take good care and be safe.  Also, please keep in mind that we'd love to hear from you.
SEE YOU NEXT MONTH!  GO CUBBIES!  GO AWAY VIRUS!