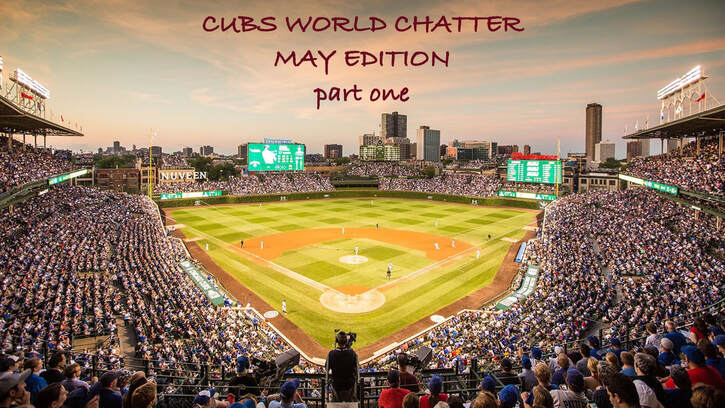 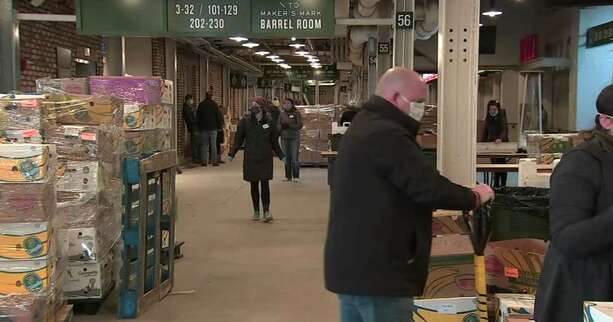 WRIGLEY FIELD IS ALIVE DESPITE NO BASEBALL
The friendly confines might not be filled with the sound of cheering fans, barking venders and the crack of a bat. But In conjuction with the Lakeview Pantry (Chicago's largest facility of its kind) the concourses of Wrigley are being used as a packing and storing facility.  "I am extremely proud of Lakeview pantry, the Ricketts family and the entire Lakeview community for their work in stepping up and doing their part to support our residents and keep our community moving during this crisis, " stated Mayor Lori Lightfoot.
From nine to five every day, volunteers pack groceries for those effected by the Coronavirus virus.
​ 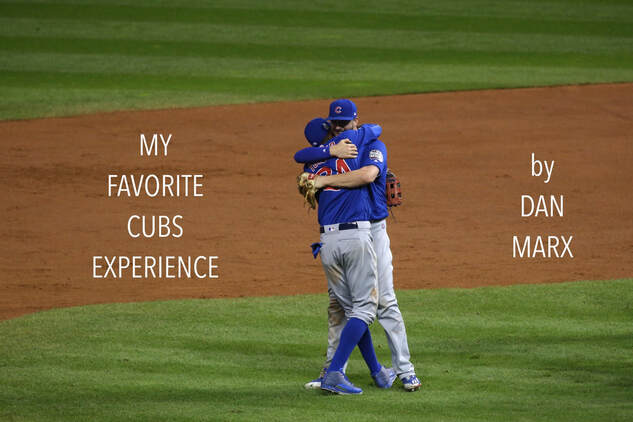 I'm taking the easy way for my favorite Chicago Cubs experience. I'm going to say what every Cubs World member would say. The Cubs winning the 2016 world championship is my favorite all time Cub experience.
My wife, Dale and I were watching every single Cubs playoff game with David and Maxine Gran at their home. We had already had practice doing that  at their house when we watched all of the Stanley Cup championship games when the Hawks won it all in June of 2015.
David had a "what me worry" attitude while watching our first ever Cubs World Series. But with the Cubs down 3 games to 1, even he was a little worried that this was going to be another " wait till next year" playoff run. I asked David who our pitchers were for the last 3 games. He said Lester, Arrieta, and Hendricks, with, of course, Chapman as our closer. I said " David, I like our chances".
Fast forward to game 7 . Burt and Myra Fischel were watching the game with us, and we were all a bundle of nerves. As the game progressed, even though we had some nice leads, we became even more nervous. We questioned many of Maddon's pitching moves, and we're counting down the number of outs until the game would be finally over. Then disaster struck when Rajai Davis hit the 3 run homer. When the 17 minute rain delay started, Burt decided he wanted to go home. I decided to drive Burt home. By the time I got back , Schwarber had already started the inning with a single.  After our heroics  from Zobrist and Montero for a 2 run lead, we went to the bottom of the 10th. David and I had this last inning tradition, where we would stand behind the couch until the game was over. Even though the Indians got the one run, a smiling, slipping Kris Bryant made every Cubs fans wishes come true when he threw out Martinez to win.
David and I jumped in each other's arms up and down in total disbelief. Yes,it was David's arms, not my wife's. Tears were shed, and we had finally done it.
I'm sure the Cubs will win again in the near future, but nothing will ever be like the first World Championship.
Funny thing is I just watched the replay 2 days ago, and my heart was beating just as hard as the first time. Guess what- they won again- lol.
Fly the  W 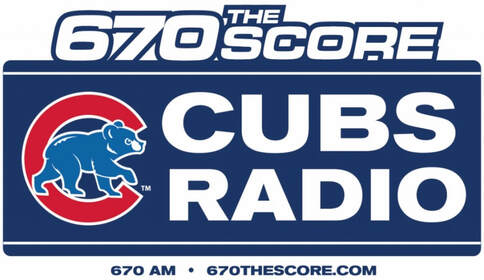 FAMILIAR VOICES CAN BE HEARD ON THE CUBS OFFICIAL RADIO OUTLET
During these troubled times, there is additional sadness for Cubs World fans with no games scheduled.  However, there is a nightly broadcast that you might find comforting.
The show is called CUBS CLASSICS and can be heard evenings from 7 to 11 pm. EST.  Simply google 670 the score on any i-pad, notebook, phone or computer, click the live stream icon and enjoy! 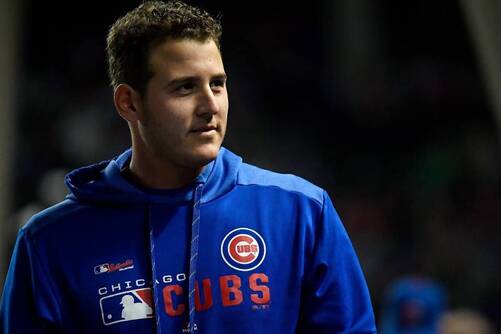 RIZZO HAS CONCERNS
Let's face it...even a shortened season at this juncture in time would be welcomed by fans.  Nobody would like to get back on the field more than Anthony Rizzo.  But, he has concerns about the effects of returning to play.
One of the plans being entertained by the MLB is to have the season extend into December.  With the indoor facilities available this is a very workable option.
But Rizzo is concerned that reduced compensation and playing so late in the season would be very detrimental to the players health as they head toward next season.
What are your thoughts?  We'd love to hear from you! 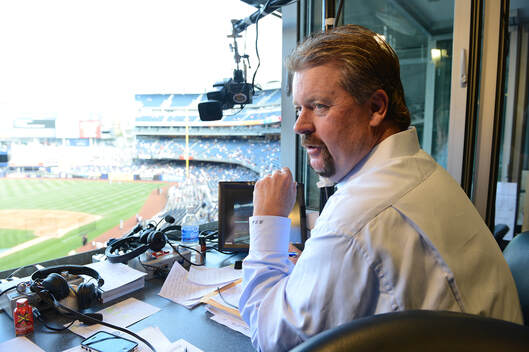 BROADCASTER RICK SUTCLIFFE WILL GIVE SO THAT BASEBALL WILL LIVE!
"We need a live sporting event of some kind on tv, " states ex Cub and present day color commentator Rick Sutcliffe.  "We need a pennant chase.  We need a champion!"
Sutcliffe has maintained a close connection with the Cubs organization as a spring training instructor and ambassador of baseball.
Rick Sutcliffe has offered his entire broadcast salary to help out ball players and help get the season started by July 4th.  This is not the first time Sutcliffe has unselfishly offered to sacrifice part of his savings.  He was willing to offer $100,000 in order to procure a player named Andre Dawson.
"I guess I'm just more hopeful than most, " proclaimed Sutcliffe.  "LET'S DO THIS!" 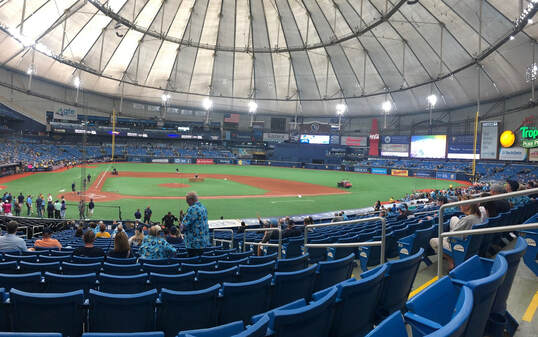 INDOOR STADIUMS COULD SAVE THE 2020 SEASON
There was a time not too long ago when baseball enthusiasts protested against the thought of playing baseball indoors.  After all, the game is intended to be played in the fresh air, regardless of whether that hot air could melt your eyeballs or not!
Indoors, the game can be played rain or shine, although if you check the history books, the Houston Astrodome had to shut down on opening day due to flooding.
With the corona virus crisis in full swing, indoor facilities could offer a safe, controlled environment to play ball.   There wouldn't be fans in the seats for a while.  But, eventually, social distancing should not be a problem because these places are always half empty anyway.
​  Here is a list of possible candidates for indoor play.   ​ 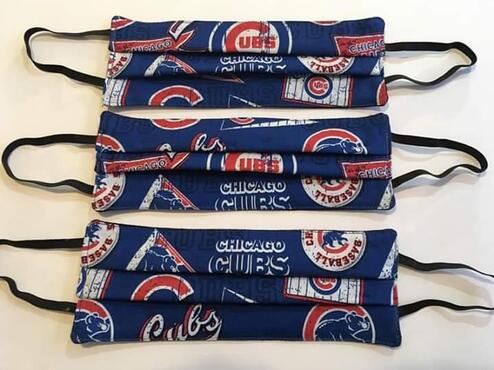 MASKS MIGHT AS WELL BE FASHIONABLE!
A company called ETZY is manufacturing fashionable masks for between 15 and 20 dollars.  They report that the most popular color on order is Cubbie Blue!  Is anybody surprised at that?
This on line company also makes items for other teams, such as the Braves and the Chicago Bears.  For those who need it, they actually sell hand sanitizer.
​  Unfortunately, I did not see a single roll of toilet paper in their catalog.  Oh well.  Good luck on that one! 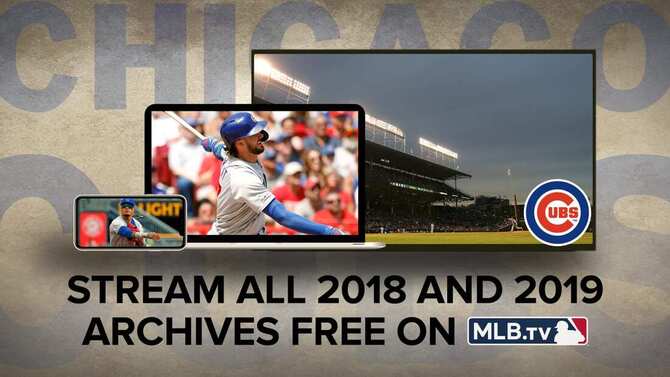 WE NEED ANY KIND OF GAME RIGHT NOW!
During a recent press conference, President Donald Trump stated that he was sick and tired of watching 14 year old ball games on television.  GOOD NEWS!  There is an option courtesy of MLB!
​PLAY BALL! 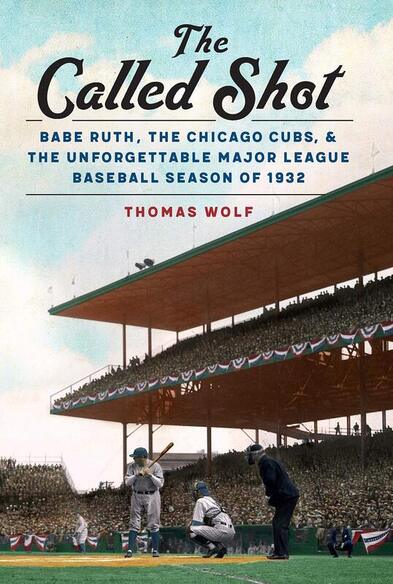 A GREAT TIME TO READ!
In the midst of this very demanding crisis, one can still explore pleasurable fresh parameters of baseball via some new publications.  If you have a Nook, Kindle or e-reading software, these books can be purchased on line.  Some titles offer a sampling of 50 or so pages for free.  Perhaps these titles might be added to our own Cubs World library, which is quite impressive.
This month's recommended publication has its pulse on Chicago Cubs history!  In 1932, the nation was in the throws of the Great Depression.  This experienced changed the mood of Americans.  In many ways, baseball reflected that and the subject is fleshed out in this volume by Thomas Wolf.
This was a tense time in baseball history when fights on the field became as common as double plays.  At the center of this chaotic maelstrom stood a man named Babe Ruth.
Thomas Wolf entertainingly brings up that now famous debate about whether or not Ruth called his shot!  Was it something that was misinterpreted by most fans, including President Roosevelt?
If you have read this book and would like to offer a review, please feel free to do so. 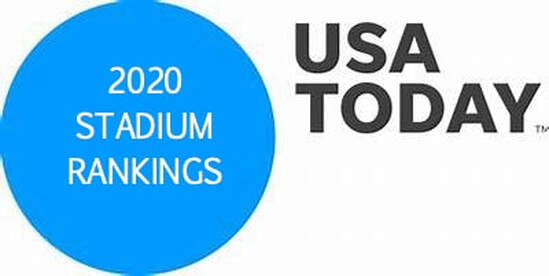 WHERE DOES WRIGLEY FIELD STAND?
In our hearts we all know Wrigley is a true temple of baseball.  It is a hybrid of the old and new done up in high style.  It is a venue offering culinary delights to please any pallet.  It is the place where the heart of baseball beats loudly.
Unfortunately, Wrigley is 4th in this year's list.  Petco Park in San Diego took top honors, followed by Oracle Park in San Francisco and PNC Park in Pittsburg.  To find number 30 (last place) you'd have to travel to Oakland.  (Scared you...didn't we Sox fans?)  you're rated 28th.  But who cares, there's no baseball anyway. 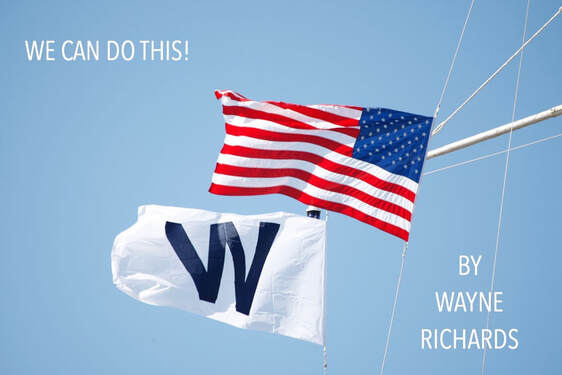 In the heart of this unexpected and demanding crisis many lives have been effected by an "INVISIBLE ENEMY".   Life as we knew it changed virtually over night.   We are faced with the inconvenience of wearing masks and keeping a respectable distance between each other.
But I think its very important to understand that by doing these things we are helping to save the lives of those who are compromised.  This is a TEAM effort and like true Cubs fans, we fight on together through indiscretions until victory is ours.  Keep the faith and keep your spirits high!  This will all pass.
​See you later this month!