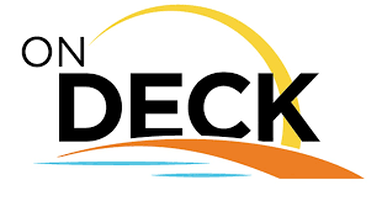 NEW SURROUNDINGS AND AN ENERGETIC SPEAKER ADDED SPARKLE TO THE OCTOBER MEMBERSHIP MEETING
by Dan Marx
We had our most important membership meeting of the year on Monday night, November 1st at a temporary new venue, Everglades Recreation Center. Aside from possibly our most entertaining and informative speaker of the year, we conducted a voice vote on our slate for the 4 members eligible for spots on the Board of Directors.
Also, All Star awards were given to two very deserving members. And Jim Guleserian filled us in on a new top 25 greatest Cubs list.
Cubs World’s board of directors is now set to fulfill another year after renewing four existing member’s terms. The 2 returning officers are Barb Beil, secretary of the club, and Don Mulder, current President of the club. The 2 returning at large directors are Dan Marx and Cindy Bellovary.
​  There is still one vacant at large director spot, and anybody in the club is welcome to step up and fill in. I think you would find the position to be very fulfilling and a chance to present the board with many ideas that you might have for us to consider.
One of the highlights of the year is honoring those members who have selflessly contributed to the club year after year. These are members who are making their contributions in any way that they can to help make the club run as smoothly and efficiently as possible. This year the board was thrilled to honor Angie Pagoria and Dave Bellovary with the 2021 Cubs World All Star award. Congratulations to both. Very well deserved.
Jim Guleserian enlightened members with Cubbie Crib’s 25 all time greatest Cubs players. We already had a list compiled by Gary Koca, one of our founders. Gary has published a book of the 25 all time great Cubs, and he was present at the meeting. And he was able to share his thoughts with us as some of the Cub players from the Cubbie Crib’s differed from his list.
Last, but not least, we heard from our featured speaker, Nick Belmonte. If you ever watched college baseball on ESPN, you would know that he is their color commentator.
He has been a scout for the Cubs since 2015, and he knows baseball inside and out. He is a natural with a microphone and everyone enjoyed his bantering with a few of our members, and a review of his life that led up to how successful he has been. He had a great career at UF baseball, and has one of the best winning percentages ever as a minor league manager.
He was so successful as a Cubs scout that they awarded him a World Series ring. To the thunderous cheers from the crowd of SHOW THE RING, he showed all of us the massive diamond encrusted ring.
It was a very special evening. 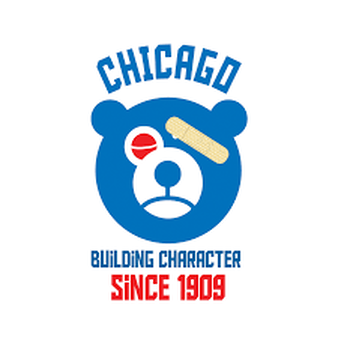 CUBS CONVENTION CANCELLED FOR 2022!
Chicago Cubs fans have not had much to cheer about of late.  But, as always, true Cubbie supporters always look toward the upcoming season.  But now, they won't even be able to attend the ever-popular Chicago Cubs convention!  This is another black eye for die-hards.
The Sheraton-Grand will once again be devoid of this event which is to intended to serve as a "pep rally".  But the Cubs organization has decided that extra covid precautions should be taken.
Therefore, may it be suggested that CUBS WORLD could light some kind of a torch with our OWN convention!  Lets set up some tables and bring a few of our Cubs oriented toys.  Let's have hot dogs and nachos for dinner!  Any suggestions out there?
​ 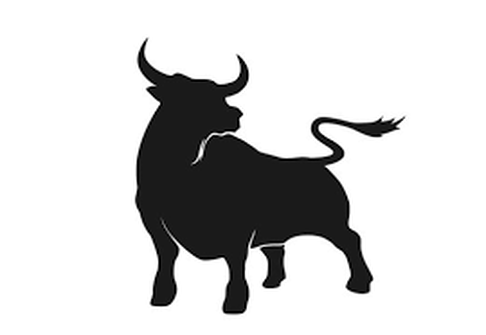 PEN PROBLEM IS A BUNCH OF BULL
Political correctness seems to have reared its ugly head in various facets of American life.  We see this ridiculousness particularly in sports.
One of the most ridiculous developments is the suggestion that the label, BULL PEN, is offensive and should therefore be eliminated.  The hub-bub has been generated by PETA.
The fact that a bull pen , as far as processing is concerned, is where cattle is held just before the slaughter, is problematic to its members.
So...here is a question for our members.  Is this an issue or not?  What are your feelings?  Don't be shy.  WE'D LOVE TO HEAR FROM YOU! 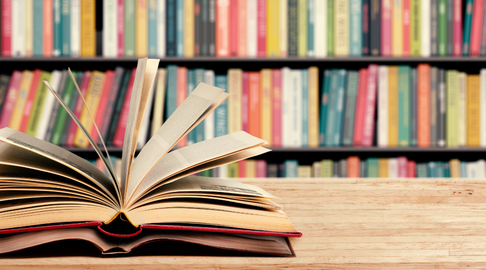 PLEASE RETURN BOOKS TO LIBRARY
One of the great joys about CUBS WORLD is that we have in our possession one of the largest, if not, THE largest collection of Cub and baseball oriented books, available to all members to check out.  There is a truly magnificent variety of material!
However, during our last membership meeting it was reported that some volumes are over due!  Please be aware of this and return these items at the next opportunity. 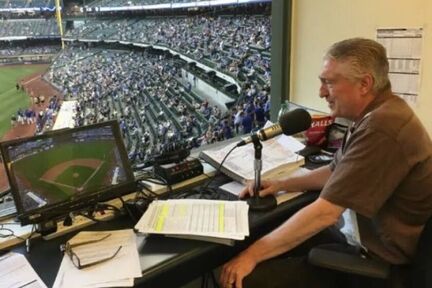 FINALLY WHERE PAT BELONGS
​by Wayne Richards
After years of stellar work as serving as the radio voice of the Chicago Cubs giving fans a banquet of broadcasting excellence, Pat Hughes has officially been inducted into the HALL OF FAME!
Before Hughes joined WGN, he had already gained a reputation as an outstanding talent doing television play-by play for the Minnesota Twins followed by 12 years with the hilarious Bob Eucker in Milwaukee.
Pat has also produced a number of wonderful documentary style album tributes to great baseball announcers, including his partner Ron Santo.  These programs contain historical and also hysterical sound clips that you will never forget once you hear them.
The title paying tribute to Harry Carey is extraordinary.  I cherish my copy, which was signed by "Dutchy Carey" after entertaining her while she dined at the now defunct Rosemont based eatery called ROSEWOOD.
Hughes has built up a quite respectable catalog of these productions titled, BASEBALL VOICES.  There are individual volumes that pay tribute to such legends as Red barber, Jack Buck and Mel Allen, to name but a few.
If you're interested in checking out some of these products, please  visit baseballvoices.com/
All the best to Pat Hughes from Cubs World! 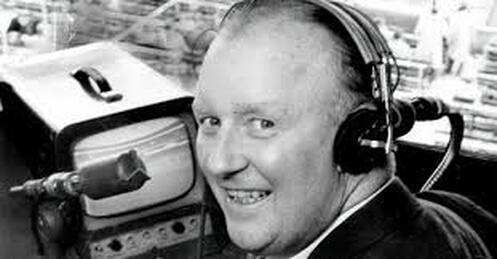 NOW YOU KNOW JACK!
by Wayne Richards
Many Cubs World members have heard or read the story about the wonderful time I spent as a young man in the company of legendary WGN announcer Jack Brickhouse.  Jack Beasley Brickhouse to be exact!
Just to refresh your memory, I was rendering piano/vocals at a very popular restaurant and watering hole called EUGENES.  This was back in the early seventies.  Mr. Brickhouse was a frequent patron.
Harry Carey was there often also.  It was convenient for him because he wasn't far from home.  He lived across the street at the Ambassador East Hotel.
But it was Jack who struck up conversations with yours truly.  Before we knew it, we rode a taxi together in search of breakfast.
​  I also mentioned that Jack was well versed in a myriad of subjects.  He was never at a loss for words.  In fact, he had intended on becoming a lawyer.  Jack attended Bradley University in his home town of Peoria, Illinois.
But in time he lost interest and left school...finding employment at a distillery.  At the time, a local radio station, WMBD, was holding a special ANNOUNCER'S CONTEST.  On a whim, Brickhouse entered the competition.  He did not win nor did he place amongst the competitors.  However, he impressed management enough to procure work at the station as a switch operator.
In time, Jack did other things at the station such as present the news and weather.  He hosted a barn dance.  He also innovated a "MAN IN THE STREET" show.  Live on the air, he discussed current events and politics.  He was developing into a strong "on air" personality.
His wide variety of interests began to take root as he covered minor league baseball, basketball, football, boxing and a human interest show called, "HOW THEY DID IT", featuring in depth interviews with highly successful business men.
With ever developing broadcast talent, Jack was finally hired by WGN as an assistant to the legendary Bob Elson.  A big break developed for Brickhouse when Elson joined the Navy in 1942.  Jack also wanted to serve our nation by enlisting in the Marines in 1943.  But he was discharged due to complications from a case of childhood Turbuculosis.
After broadcasting games for both the Cubs and White Sox, jack took a break from baseball and in 1944, jumped into the arena of politics, covering both the Democratic and Republican conventions.  He also was on hand to provide color commentary on Franklin D. Roosevelt's inaguration.
In 1945, Brickhouse once again took to the microphone to call games for the White Sox on WJJD.  But it was television that caught his eye.  He knew it would be a very important part of media that would have great significance.  WBKB television also agreed with that assessment and hired Jack to experiment covering the White Sox , bringing early images to small screens.
He returned to WGN in 1948 as a full time announcer.  In addition to covering baseball and football, Brickhouse was quite creative with presenting new program ideas such as a show he hosted called "MARRIAGE LICENSE ROMANCES".
This is why Jack impressed me so much at our breakfasts.  He was curious about everything!
I don't think many young people are aware of the caliber of talent Jack Brickhouse possessed. They didn't get to hear his enthusiastic on air voice shouting out "Back....back...back...HEY HEY!"
So why are those immortal words preserved on the foul pole at the friendly confines?  Because Jack was a consummate broadcaster, journalist for the CHICAGO AMERICAN, pioneer of television, a member of the Cubs board of directors, winner of the Ford Frick award and has been inducted into ten halls of fame!
Oh...you might be interested what the two of us had for breakfast.  A huge heaping bowl of onion soup.  It beats the hell out of corn flakes!  HEY HEY! 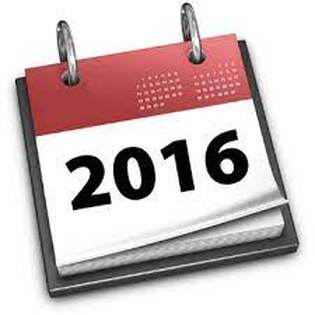 REMEMBER THAT YEAR?
It was a year that Cubbie fans will never forget!   It was our moment in the sun!  It was magical and will remain in our hearts forever!
During these troublesome times, it's very helpful to reflect on the things that give us happiness.
Just for fun, let's take a little time to kick back and enjoy a very nice little video presentation that will bring back some wonderful memories!
CLICK HERE 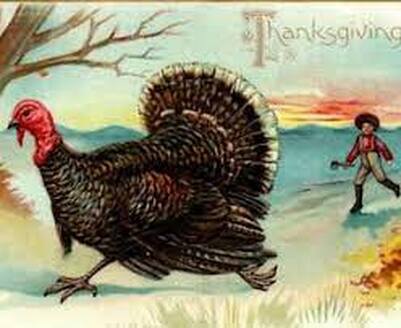 THANKFULNESS
It would be very simple to suggest that the past season was a real turkey.  Let us not forget that these are also dark days for turkeys!
But it is a happy time to reflect on the things that we are grateful for.  Take some time to dwell on these things.
Cubs World Chatter wishes you and yours a wonderful Thanksgiving holiday!  We'll see you next month with another issue.  Oh...one last reminder...we accept and encourage any contributions you might have for this newsletter.  GO CUBBIES!  RUN TURKEY RUN!