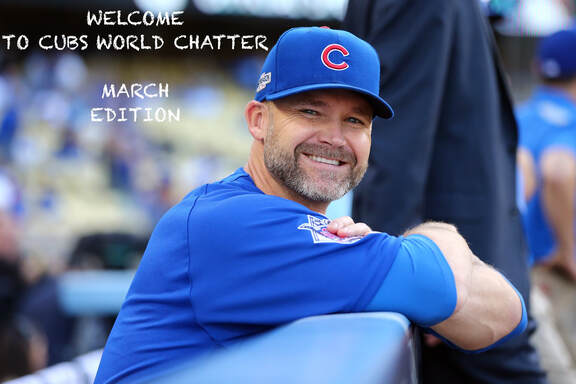 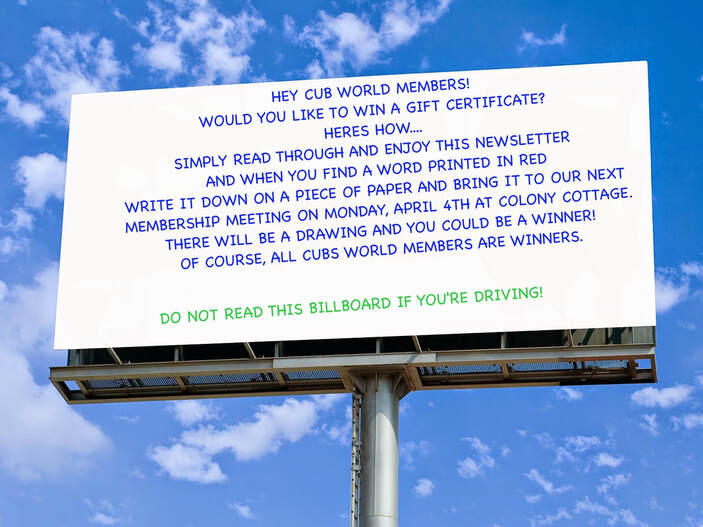 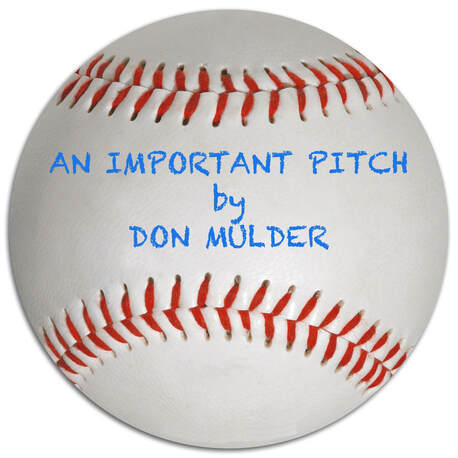 Everyone likes something new...
cars, homes, movies, restaurants, etc.
And everyone likes discounts to get
them.
For that reason CubsWorld is always
looking for different program ideas and
ways to increase the value of being a
member of the club.
For that reason your Board is looking
to introduce a discount program with
merchants in The Villages.  VHS and
the Red Sox Club have the two most
successful programs today.
Both require their members to carry
special cards to prove their member
status and identify the merchant. CubsWorld has a better idea!
We can
add a feature to CubsWorld.org so our
members can see merchants that are in
the program and what they offer on their
cell phones.
Just use you phone to find merchants
and prove you are a member of the Club.
No need for anything else to see the most
up-ti-date information available.
Click on this link to tell us if this is a
benefit of being a member of CubsWorld
would be useful to you.
And click again to let us know if you would enjoy helping put this program together and
be the first to use it. 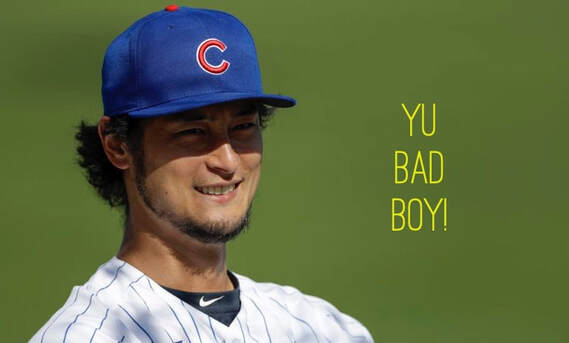 Yu Darvish has come a long way, not only with his pitching, but also from the juvenile behavior he once displayed.  It all started in Japan.
At 18 years of age Yu was an up and coming rookie with the Nippon-Ham Fighters.  Against the rules and regulations set forth by law, Darvish was captured on camera in a gambling casino while smoking like a chimney.  The minimum age for those activities is 20 in Japan.
Team management designed a special disciplinary activity for Yu by making him write an essay analyzing his mistake.  BUT WAIT THERE'S MORE!  He was required to write a different essay every day for ONE MONTH! 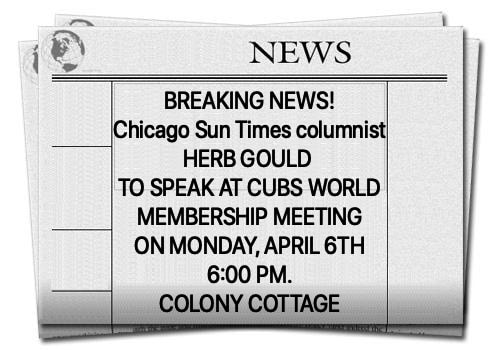 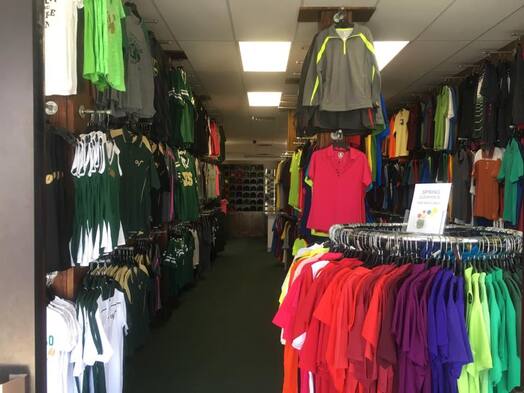 WOULD YOU LIKE AN OFFICIAL CUBS WORLD SHIRT?
Custom Apparel & Gifts 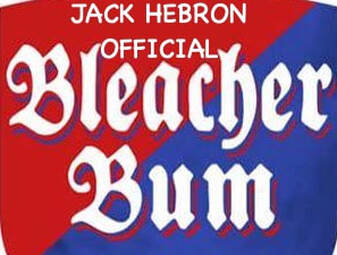 The Cubs have been playing your typical spring baseball so far. Their new manager David Ross continues to experiment with various players at the lead off position.  I have no idea who he will eventually choose. But, don't be surprised to see him start the season off on March 26th in Milwaukee with Chris Bryant as that man. Chris always seems to put the bat on the ball and is a very good base runner too. Plan B will most likely be Anthony Rizzo at that position. All of the name players will once again be seen,but I think if anyone gets traded before the season starts it could be Schwarber or David Bote.
​Two players to keep and eye on are Nico Horner and pitcher Alec Mills. These two players could be very important once the roster is official. I really like the way Mills has looked on the mound. He is also out of options so he's basically a lock to make the team. Could he be the important 5th starter?  That would be up to Tyler Chatwood as of right now.  Either one of these pitchers could also wind up in the bullpen.
Speaking of the bullpen and the spaces available, here’s the thing you do not want to take too much away from Spring Training, but Rowan Wick has had a rough go of it. With young relievers, you cannot always assume that a breakout last season will definitely translate to certain success this year. The Cubs will need somebody to really make a splash for our new manager David Ross.
So with March now here, it's only a matter of time before you hear the famous words, "Hey the Portillo Truck is in the square!"  Ohhh no, I mean "Play ball!:" 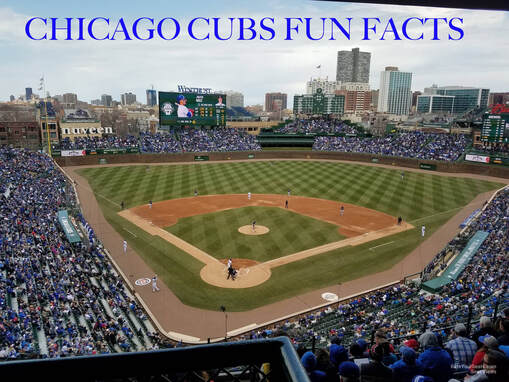 1.  WHAT POP GROUP FROM THE SIXTIES RECORDED A CHICAGO CUBS SONG?

2.  WHICH CUBS PITCHER WAS INJURED FROM FALLING OFF A STATIONARY BIKE?

3.  JASON HAMMEL HAD A HISTORY OF MUSCLE CRAMPS.  BUT A DOCTOR GAVE HIM A PRESCRIPTION TO CONSUME WHAT?

​4.  WHICH CUB PITCHER ACQUIRED A SEASON ENDING INJURY BY DOING A CARTWHEEL TRYING TO SHOW OFF?

5.  WHO WAS A PITCHER FOR THE CUBS THAT LOST A FINGER DURING A FARMING ACCIDENT, BUT AS A RESULT, DEVELOPED AN UNUSUAL SPIN IN HIS PITCHES THAT BECAME VERY HARD FOR BATTERS TO HANDLE?
I suppose you'd like the answers?  Sure why not?  1.  The beach Boys  2.  Steve Trout  3.  Potato Chips  4.  Mike Harkey
​5.  Mordecai Brown 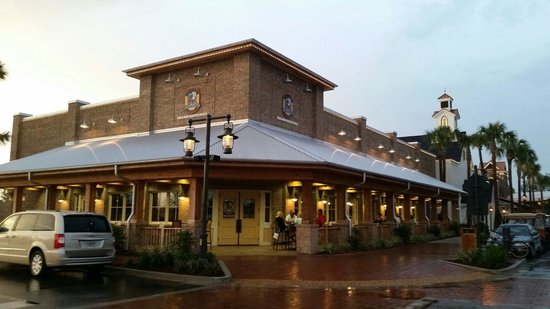 CUBS WORLD is sad to report that the opening day viewing party at Gator's in Brownwood has been cancelled.  It has been announced that due to the outbreak of the coronavirus, the 2020 baseball season will be on hold for a while.  We will pass along further information on www.cubsworld.org 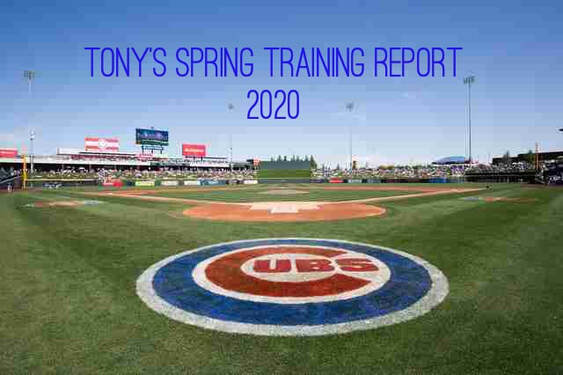 One year ago my good friends Tony and Kathy Diliberto (originally from Chicago) were kind enough to send yours truly some thoughts about Cubs spring training.  Now being full time residents of Arizona and being die-hard Cub fans, they take great interest in attending as many games as possible.
On March 5th, our guest couple attended the first game.  As you will see, they don't waste any time telling it like it is!

WAYNE-Hi Tony!
TONY-Are you pestering me again?
WAYNE-How was the weather and the mood of the crowd?
TONY: It'S 77 degrees and sunny.  Everyone seemS happy, but the stadium was is full.
WAYNE:  Wow!  That's unusual for Sloan.
TONY:  Yeah.  I'd say there was about 10,000 paid.
WAYNE:  Are you hiding some of the fans?  After all, you ARE a party kind of guy!
TONY:  I don't have any money left for a party.  You won't believe this.  12 BUCKS! JUST FOR HOT DOG!   Just sitting on the lawn cost $28.00.
WAYNE:  IS it a good game at least?
TONY:  The starter was Norwood.  He had nothing.  There was no pitching.
WAYNE:  ARE there any new players that stood out?
TONY:  Just Nico Hoerner.  I have two more of these games to attend.  Hope they do something.  But I'll tell you...it's beautiful out here for baseball.
WAYNE:  So?  When you coming south?  Come on down to Florida for a visit and you can be my guest at Cubs World.
TONY:  Might have to do that! 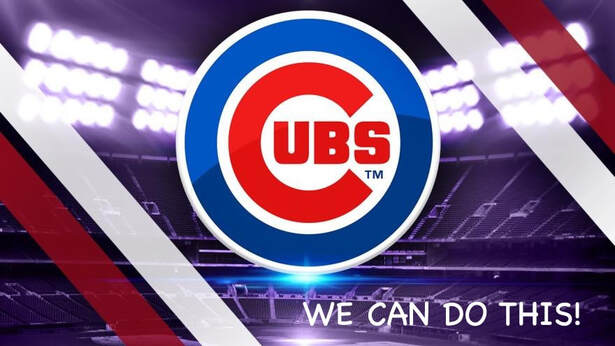