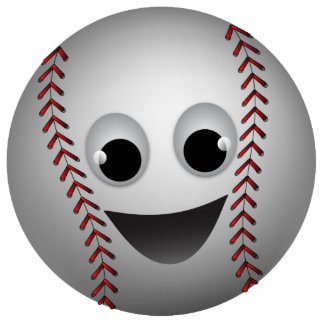 SMILE!  BASEBALL IS COMING THIS JULY!
Although many details need to be worked out, the Major League baseball Players Association and the MLB have reached an agreement that will allow a 60 game season be played!  Training will begin on July 1st, just as this newsletter is released.  (We worked it out that way!  Just kidding.)
​  Players will be playing at 37 percent of their full salaries.  In addition, there are CORINA VIRUS guidelines that must be followed.
NO SPITTING.  NO HIGH-FIVING.  NO HUGS.  PLAYERS TEMPERATURES MUST BE TAKEN SEVERAL TIMES EACH DAY.  CORONA VIRUS TESTS WILL BE ADMINISTERED SEVERAL TIMES EACH WEEK.  BALLS WILL BE THROWN OUT AFTER BEING TOUCHED BY MULTIPLE PLAYERS.  POSTGAME SHOWERS WILL NOT BE ALLOWED.  NON ACTIVE PLAYERS WILL BE SEATED IN THE STANDS.
Lets hope these games will lift the spirit of baseball fans who have experienced disappointment and frustration.
​  PLAY BALL!   Please share your opinion with us.  Is a shortened season a good idea or should everyone wait to 2021? 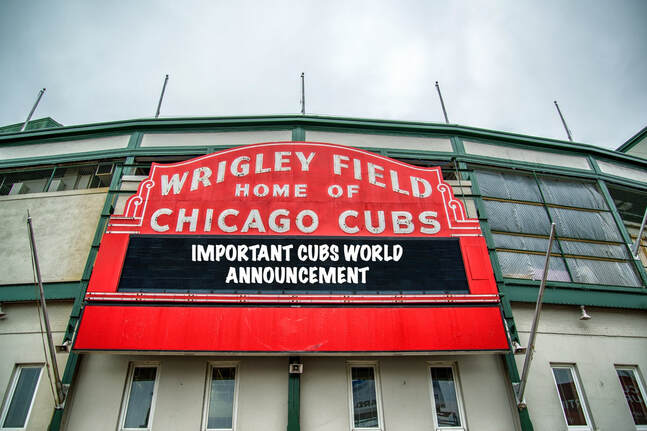 The CubsWorld Board is disappointed that it's had to cancel all
club activity during the COVID-19 pandemic.  It's concerned that
our members may be losing interest; and new members don't have
opportunities to join the club.  Until club activities can restart our
Board says it would only be fair to waive our club dues.
Since the restaurants are open again Game Watches can begin when the
MLB decides to start a shortened 2020 season.  And exciting speakers, like
those we enjoyed earlier this year, expect large club meetings will again be
allowed as of October.
Rick Baas, Director-Member Relations will be contacting you to explain
how the dues rebate will be administered.  Please email Rick with your
questions at:  wrb1948@aol.com
He especially wants to hear from you if the CubsWorld updates are not
reaching you via email. 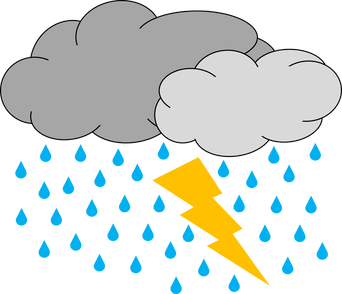 Best Scramble score - (1 foursome each course)
If we can do closest to pin we will
If not second place each course will receive payout.

Please note we need a minimum of 32 players for this to be successful.
​ 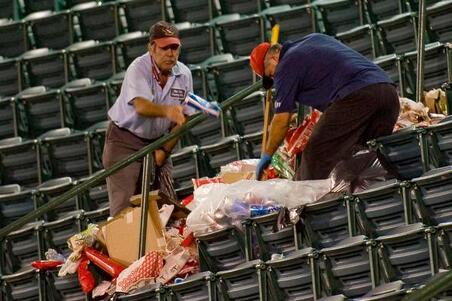 STEVE ADOCHIO MEMORIES LIVE ON!
by Sharon Adochio
If Steve were here I am sure he would have many stories to tell.   He ate drank and lived the Chicago Cubs.   Two stories in particular were very interesting to me.  I do remember Steve sharing that as a  kid would go to the ball games, stayed after to clean then get a free ticket to the next game.  According to Steve he would sell the free ticket and sneak in to see the game.  See....he was even a salesman back then!

The other story was after a ball game Steve and his friends would wait outside the players' exit door.  Very often some of the players would stop and talk with the boys asking them "How did we do????".  No doubt Steve I am sure told them.​ 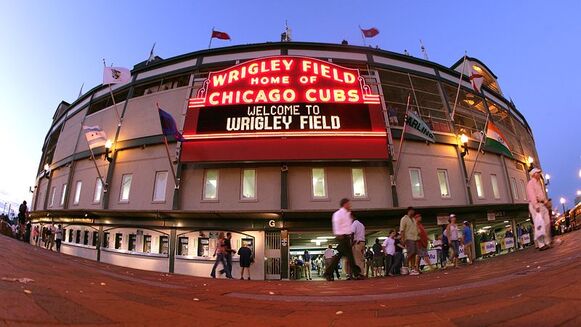 SECOND SPRING TRAINING SESSION WILL BE HELD AT WRIGLEY!
It has been a strange year to be sure.  Now with a second spring training to begin at Wrigley there are two interesting things to note.
First, this may be the first time in history that a season begins with the ivy totally green!  Hopefully that won't throw people off.
Secondly, one of the biggest proponents of having fans back in the seats is the 43rd governor of Illinois, J.B. Pritzker.  However, Chicago's Mayor Lightfoot intends to regulate on the side of safety.  Said Lightfoot,
“Whether it’s a thousand, or 800, or 80, there’s got to be a plan for safety and we’re happy to engage in that discussion with all the sports teams.” 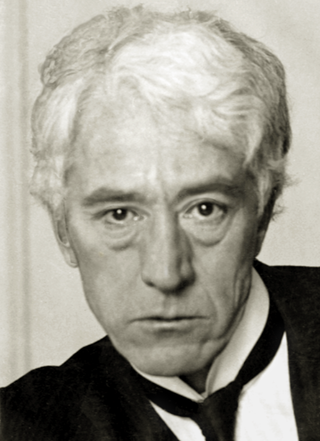 DOES THIS MAN LOOK LIKE SOMEBODY YOU'D MESS WITH?
​  He was a mountain of a man!  In fact, his name actually was KENESAW MOUNTAIN LANDIS...the first commissioner of baseball!
Landis was a federal judge as well as a fanatical baseball fan.  He was pursued by owners to take on the position and Kenesaw did so with the stipulation that he be given a lifetime contract.
Landis was convinced that baseball was corrupt.  He was proven to be correct because his first major duty was to deal with the BLACK SOX SCANDAL.
He had little tolerance for any illegal gambling and he banned a  number of players from the game through the years.  Fiercely independent, he was both admired and feared.
Kenesaw Mountain Landis was elected into the baseball hall of fame in 1944.  By the way,  did you know that the MOST VALUABLE PLAYER AWARD given by each league is officially called the KENESAW MOUNTAIN LANDIS AWARD?
​ 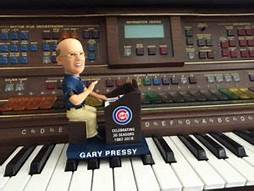 AT LEAST ONE LEGEND IS EXTENDING HIS CONTRACT....OR IS HE?
Contract negotiations regarding the extension of Javier Baez's "LONG TERM"  contract extension have been halted.  The stall in the process has taken many fans by surprise because the 27 year old is one of the best defensive players in the game.
The Cubs have stated that the extension decision is being delayed by the Corona Virus.  What do you think Cubs World?  Does the pandemic play a part here or have the Cubs decided to tighten the budget even more?
Also, what do you think would be fair compensation for a six year extension? 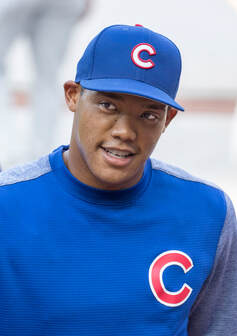 TROUBLED ADDISON RUSSELL IS ON HIS WAY TO KOREA
With a troubled and sordid past shadowing a fragile career, the popular Korean publication Yonhap News reports that ex Chicago Cubs Addison Russell will be joining the Kiwoom Heroes.  He will earn a approximately one half million dollars.
A number of Cubs World members have occasionally tuned in to Korean baseball for a dose of live play.  One of those games began at 4 a.m.  (Do you have breakfast or a hot dog?)
In any case, the level of play is much higher than one might think.  Cardboard fans in the stands aside, these people are very passionate about the game.  It can be noted by the way they play.  The players really put their heart into it.
Perhaps this environment will help a troubled individual, but nevertheless a talent that could still have much to offer. 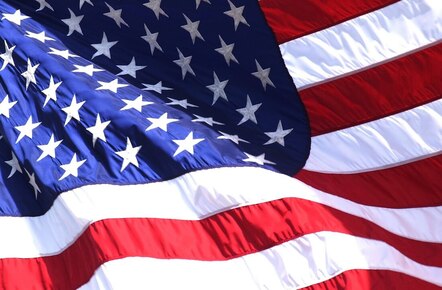 SECRETS OF AN ANTHEM SINGER
by Wayne Richards
As your official anthem singer (something I do not take lightly) I thought it would be fun to share some insight as to what it feels like to honor the colors standing before thousands of fans.  In short, it is one of the most amazing experiences one could ever hope for.
I began singing the anthem for the Kane County Cougars in the nineties.  I did it several times a year.  One evening a representative of the Chicago White Sox saw my performance and invited me out to the south side.
With my blood flowing Cubbie Blue I longed to sing out within the friendly confines.  But, I learned a long time ago that when somebody knocks on the door, you answer to see who it is.
I'm very glad I embraced the opportunity.  Here's how the day is planned.
First, you check in at the front office.  They bring you to an area they call the green room, which is not really green.  It is a greeting station for celebs and special guest, complete with comfortable seating and a complete deli spread.  I've met some wonderful people there, such as Muhammad Ali.
Next, they bring you to the field.  A microphone awaits near the batting box.  The view, if you've never stood on a pro ball field, is beyond spectacular.  The pitcher's mound looks like a mountain.  (Maybe it was just me.  After all, I am quite short.)
Here is where I will let you in on a little secret.  Many people  wonder why some anthem singers forget the lyrics of the National anthem.  Here's why.  They most likely are listening to crowd noise.  It surrounds you like a swarm of humming bees and occasionally you can hear conversations quite clearly, even after the anthem has begun.  To avoid this distraction, most ball parks now provide a monitor which helps cancel out some of the noise and help the performer hear himself, which helps concentration.
After an anthem performance is concluded, they escort you to your reserved seats, which are usually behind home plate.  They also allow you to visit Nancy Faust, the organist for the White Sox, whom I knew anyway. (I have no idea who is playing these days.)  So, she'd let me hang around for a while.  She's the only person I've ever seen wear a sweater in 100 degree weather.  Even wearing all that, she is still a very cool lady!
It is always a privilege to sing the anthem.  I treasure every opportunity I get.   Thank you CUBS WORLD for giving me this opportunity.
​ 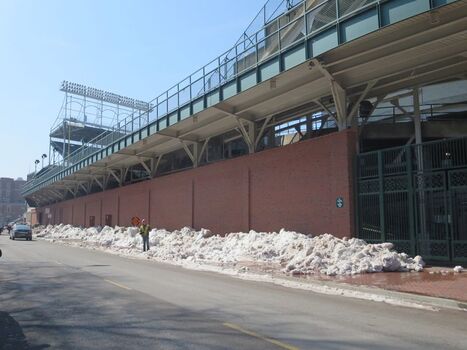 OPENING DAY IS UPON US!
When the next issue of Cubs World is released on July the 15th, opening day should be only 8 or 9 days away, providing covid numbers and the creek don't rise.  Keep your fingers crossed!
Chances are, there will only be a handful of people allowed within the friendly confines.  However it is interesting to contemplate as to whether or not a large crowd of people will hang out in the area.  One good thing...they won't have to deal with snow.
GO AWAY VIRUS!  GO CUBBIES!