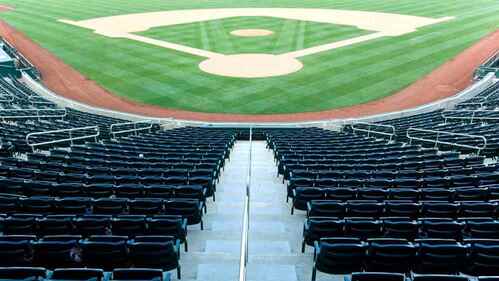 Upcoming Meetings and Lineups
by Don Mulder
Running Cubs World is a lot like baseball in that we have specialists
in different positions.  Gary Koca scouts out our speakers, Jim Guleserian
manages the fun, Cindy Bellovary runs our Library, and Jan Jackman makes
sure we're fed.  And each has a team to help them get things done.

This year the COVID lockdown has been an exceptional challenge.  We
had a great lineup of speakers planned, but several never had a chance
to get up to bat.  Our Board acted decisively to issue 'rainchecks' for
meetings that we're 'rained out'.
The Villages Rec Dept acts like our League Office in telling us when and
where we can meet and has 'cancelled our season'.  No large groups have
been allowed to meet for the past several months and only small meetings
will be permitted for the rest of the year.   Our Board has therefore cancelled
out monthly meetings.  Some restaurants are allowing smaller groups, so
you should be alert for those.
Our hope is that 2021 will mark the return to our regular schedule.  It will
begin with an outstanding lineup of speakers anxious to step up to the plate.
And you can expect an All-Star line-up for the rest of the year as we pencil
in those that didn't get a chance at the plate in 2020. 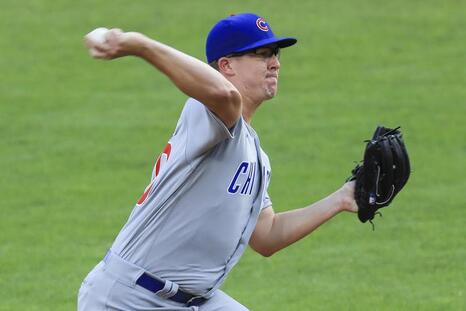 MILLS THRILLS!
On Sunday September 13th Alec Mills threw a no hitter bringing some excitement to a season riddled with difficulties.   Mills is very capable of throwing 100 plus pitches.  He struck out five batters and walked three.
This no hitter was the first since Jake Arrieta's game in 2016. As a matter of fact, it was the second such no hitter for Jake within a span of eight months.
The Cubs won the game by a score of 12 to 0.  Maybe, in the future, when the crowds return, it might be arranged to take a moment to acknowledge this accomplishment with the kind of deafening ovation Alec Mills so richly deserves. 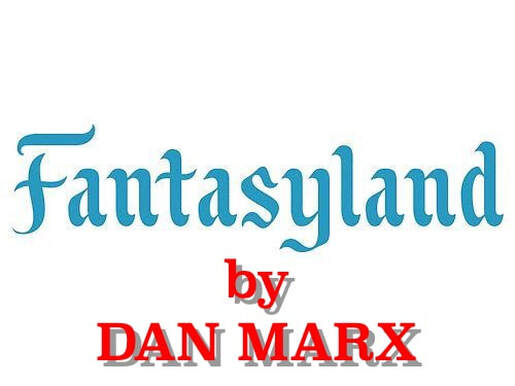 In a new world of greatly reduced face to face sociability, my co- manager ( Murray Tanzman- also a Cubs World member) and I are enjoying fantasy sports more than ever this year.
We have been co-managers in fantasy baseball for over 20 years. One of the things we like about it the most is that you get to know all of the players in the majors, and you like to follow every game to see how your team’s players are doing. It reminds me of the days when we were younger, and collected baseball cards. We not only knew all of the Cubs statistics, but we knew about most of the players in baseball. Our lone Cub is Yu Darvish. Needless to say, he has been the anchor of our very strong pitching staff that we've assembled this year. Our only other Cub was Javier Baez, who was an anchor in a much different way. Sadly, we had to jettison him a few weeks ago.
Our season has been literally a roller coaster. We have been as low as 7th, and yes, we’ve been to the top of the mountain. Last Wednesday we were in first place with 70 1/2 points, and 2 days later we were Wile E. Coyote plummeting to the almost bottom of the canyon with 59 points. You’re not supposed to drop that much in two days 7 weeks into the season.
Ask us about our 2 championship seasons some time. We have some hair curling experiences to tell you. 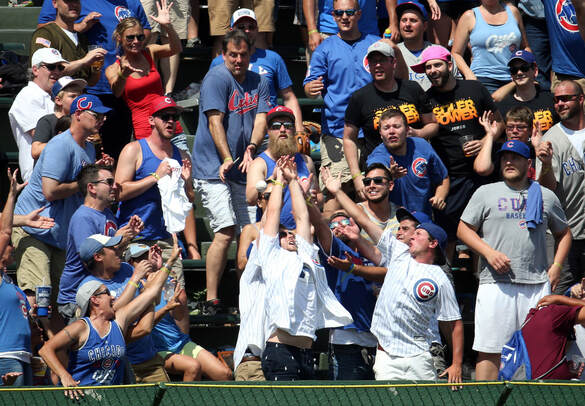 BLEACHER BUM REPORT
by Jack Hebron
The year 2020 continues its high strangeness! On September 12th the Cubs score four runs in the ninth to beat the Brewers. Less then 24 hours later, Cubs pitcher Alec Mills throws a no-hitter against these same Brewers by a score of 12-0. Of course both of these game had ZERO attendance in Milwaukee. So put that in the back of your mind. Because you know some day ten years from now somebody is going to say "I was at the Alec Mills no-hitter game in Milwaukee."
As of September 15th Cubs have just 12 games left on this crazy schedule. The final seven on the road at Pittsburgh and the White Sox. Home field advantage went out the door as soon as the season started. All of the road games have been just short one hour flights.
The playoffs are now in sight. Will 2020 continue to have us shaking our heads in October? Time will tell... 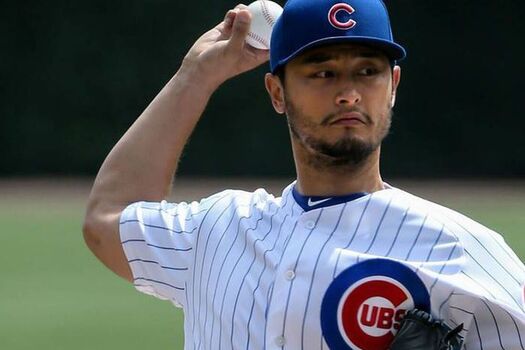 YU BETTER BELIEVE IT!
In a season that has brought surprises in a short amount of time, who would ever have thought that Yu Darvish would be declared "PITCHER OF THE MONTH" for August.  Think of it as half a season.
​  There has to be a reason why Yu has gone 5 and 0 with a 1.09 era.  Is it the new pitch he has developed?  Is it simply improving on his communication skills by advancing his command of the english language?  We all know the real reason.  He grew his hair! 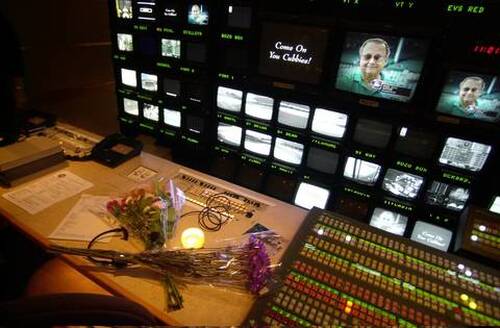 THE MASTER REMEMBERED!
by Wayne Richards
Arne harris was not just respected for his directorial efforts in the production truck next to Wrigley.  He was considered to be one of television's greatest directors PERIOD!
​  Timing is everything in directorial work and harris displayed natural abilities while attending Drake University in Des Moines, Iowa.
​Jim Duncan, head of the broadcast journalism department took Arne under his wing and gave him valuable tips and guidance.
Returning to Chicago for a visit, Arne got wind of a job opportunity at WGN television.  "What should I do Mr. Duncan?" Harris asked on the phone.  "I've been offered a part time job working with the Chicago Cubs."  Duncan replied without reservation, " Stay there.  if things don't work out you can always come back to Drake."
Arne stayed alright.....for 38 years!   Perhaps it was the combination of baseball knowledge and trivia he possessed mixed with a wonderful eye for detail that helped catapult Arne into legendary status.
If you've ever had the opportunity to take a television public access course, displaying some kind of aptitude  at the board is a requirement to pass the test and get a producer's certificate.   The board I remember when taking the course involved three cameras and three monitors.  That's it.  You'd think it would be easy to call shots with that limited set up.  But I sweated bullets every time I sat at the console.  It's all about coordination.
Arne Harris called the shots from images being fed from cameras all over Wrigley Field.  "Camera 6 focus on the kid eating the hot dog, "Harris barked.  "Ok.  Pull in!  Medium close.  Nah...make it close.  Good!  TAKE 6!"  From the action on the field to the human drama in the stands, there was nobody better than Arnie to bring all the magic to your television screens.
Having marveled at this man's work for years until his death in 2001,  I now wonder how he would've handled the shortened season we're all subject to at the moment.  Would he have allowed canned crowd cheers?  Would he use swiping and annoying graphics after each re-play?  I don't think so.  There's a big difference between creating excitement and capturing it. 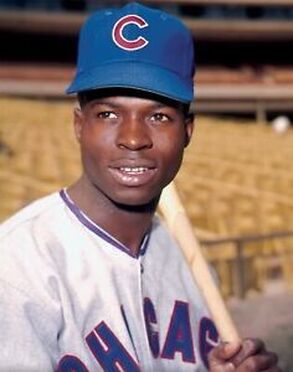 BROCK DIES AT AGE 81
The fact that he was in a Cubs uniform and part of a controversial trade that took place in 1964 has certainly haunted the Cubs organization for years.  While this deal became a steal for the Cardinals, Brock got busy stealing bases!
Lou Brock went on to win three pennants and two World Series.   He also became a very fine broadcaster with the knack for communicating very well with people of all ages!
While playing for St.Louis he was often labeled, "BASEBALL'S MOST DANGEROUS PLAYER!"   But despite that infamous trade still haunting some Cubs Fans, even after our win in 2016, it cannot be denied upon reflection that hall of fame Lou Brock was the perfect spokesperson for our national pastime.
​ 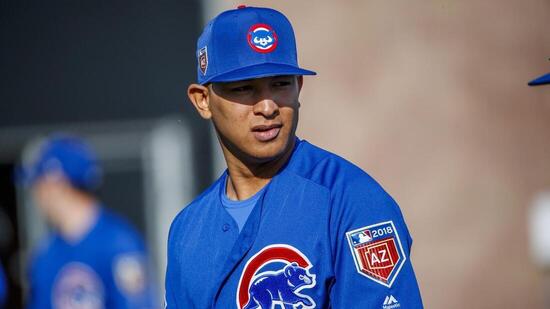 ALZOLAY RETURNS FROM MINORS
Right hander, Adbert Alzolay first joined the Cubs as a non drafted free agent in 2012.  He was 18 years of age at the time.  Now, after playing for the South bend minor league team, Alzolay finds himself back in the Cubs major organization as Jon Lester suffers with lackadaisical performances this season.  In keeping with the required 28 man roster, Colin Rea will be reporting to South Bend. 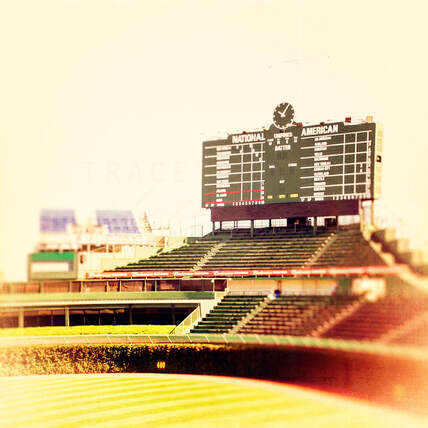 A WRIGLEY FIELD MEMORY
by Wayne Richards
A visit to Wrigley Field has always given me goose bumps.  It's very hard to describe accurately how a first glance of the field has always affected me.  It always felt like walking into a  magic world.  Personally, I think its the REAL Field of Dreams.
On one occasion  I had the pleasure of bringing my niece and nephew to a game.  It had rained fairly hard that day and there were doubts that a game would even be played that evening.
But thanks to continuous updates from WGN radio, we decided to take a chance and head to where the ivy grows.   It was still drizzling when we arrived about 5 pm.  We parked (yes...don't ask me how, but I found a space) presented our tickets and entered.
They were blown away by the beauty of Wrigley Field...even in the diffused light and misty air.  They were fascinated by the score board's operational history.  They inquired about the "HEY HEY" printed on the foul pole.
We had very decent seats along the first base line.  We were escorted to them by an usher who pulled a dry rag from his pocket and wiped our seats dry.  My guests seemed a bit shocked.  My niece asked, "How come you did that?"  He looked her square in the eyes, smiled and said, "Young lady...you are in the temple of baseball!"  I've never forgotten those words. 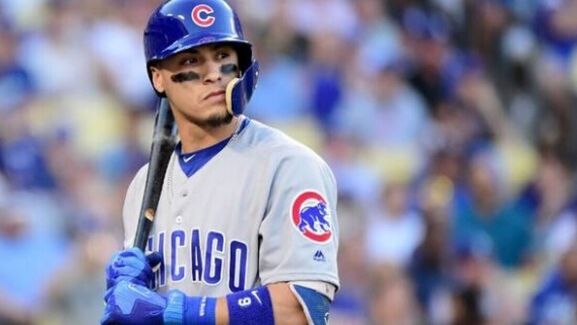 THIS IS A TOUGH YEAR FOR BAEZ
2020 Has turned out to be a year of struggles for Javy Baez.   First of all, he traditionally feeds off crowds, which, of course, have been absent.
Secondly, he is upset about not being able to watch video of his previous at bat during a game.  It was something Javy and many other players loved to do.  "Watching the video helps me make adjustments at the plate, " said Javy.  "I'm really mad that we don't have it.  I watch where the ball went and where my contact was.  This is how we do things today."
Unfortunately, the new rule only allows viewing videos after a game. 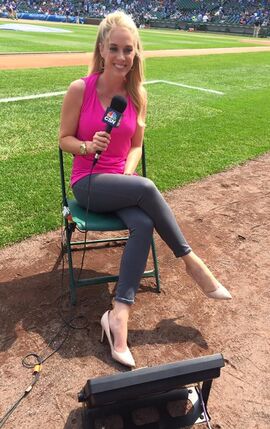 A SPECIAL VIDEO PRESENTATION FOR YOU
In October of 2016, Chicago Cubs game reporter, Kelly Crull was a familiar and beloved personality on television.  Personable and knowledgeable about baseball, fans and the team were impressed with her talents.
She also was host to a trivia based game show called "BEER MONEY".  Anthony Rizzo had requested many time to be a contestant on the show.  So, they set up a special guest edition of BEER MONEY right in the Cubs dugout instead of a sports bar.  Anthony brought along a friend to participate.  David Ross.
​  Here in its entirety is the broadcast for you to enjoy.  It was an exciting and magical time for the Cubbies and this show was like frosting on a very tasty cake.

TO WATCH THE VIDEO.....click here

A QUESTION FOR ALL CUBS WORLD MEMBERS
Now that the season is rapidly drawing to a close, what are your feelings about how things will PAN out with the Cubs?  Will they SIZZLE on to victory or get BURNED in the end?   Let us hear what you have to say.
​IN THE MEANTIME....GO CUBBIES!  GO AWAY VIRUS! 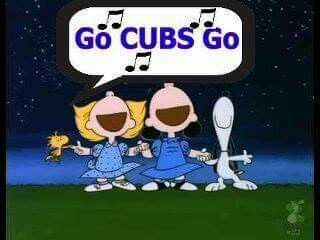