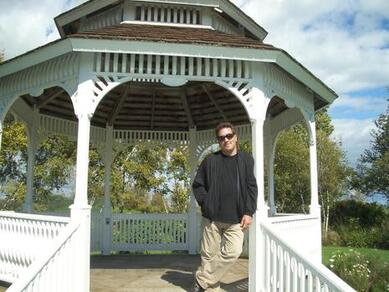 ABOUT WAYNE RICHARDS
Wayne Richards has entertained audiences with his piano/vocal skills since the late sixties.   He has worked in many areas of music and as a result, displays a very wide ranging repertoire and skill set.
From the Gold Coast of Chicago , to Michigan's famous Mackinac Island to international ports of call, Richards has appeared regularly in legendary venues.  PHEASANT RUN RESORT, EAGLE RIDGE RESORT, BIG SHOT PIANO LOUNGE AND RESTAURANT, THE MURRAY ON MACKINAC ISLAND  and the SHERATON STOCKHOLM are only a few of the popular locations Wayne has entertained at on a regular basis.  Wayne Richards has also performed for over a decade at BIG SHOT PIANO LOUNGE AND RESTAURANT in ARLINGTON HEIGHTS, IL.
​Although Richards officially retired in 2018, he has been more active than ever in the arts in North central Florida doing plays, concerts, writing, recording and serving as keyboard player in the house band for MORGAN'S MUSIC JUNCTION in Summerfield, Fl.

A noted playwright and composer, Richard's musical A SUMMER STORM was fully produced by the Tesseract Theater Ensemble in 2012.
Wayne Richards has portrayed the character of DETECTIVE ANGELO DESSI in the ACTOR'S STUDIO (VILLAGES, FLA.) production of MURDER BY IMPROV.   (played the part of Peter...Saturday, July 1th)
THE PRODIGAL SON
(played Lukas the prodigal son..Saturday, September 18th)

JUST CAST IN HARVEY  (full production in November of 22)

UPDATE...Wayne Richard's song, WHEN LOVE IS JUST A MOMENT AWAY, can be heard in the closing credits of the upcoming motion picture, TIME SAVER, directed by Caleb Kurowski.  This new work has been attracting attention and winning awards at various festivals!
ENJOY SOME FILM CLIPS FEATURING ORIGINAL SCORES BY WAYNE RICHARDS   click here

CABARET
In addition to his impressive catalog of original solo music, Wayne collaborates with brilliant lyricist and cabaret artist, CARLA GORDON.  Their material is regularly performed by legendary Chicago cabaret icons.
In 2016, Richards joined the cast of BLACKLISTED, a special show which can best be described as a concert mixing elements of cabaret and theatre.  Wayne Richards has also appeared in 9/11 A TRIBUTE (Holocaust Museum) , DESERVING IRVING (Skokie Theatre) and was also in the cast of SONGS IN THE KEY OF CHICAGO, directed by Kevin Wood               FOR SOME BLACKLISTED REVIEWS CLICK HERE

WEB RADIO
In 2013, Richards offered his first podcast called, MUSIC CENTRAL.  The show was changed to ENTERTAINMENT CENTRAL in 2014.  Both shows examined show business with an entertaining irreverence and had respectable international audiences numbers.  Each episode was released directly to Richard's web site and selected segments will soon be made available here at no cost later this Fall.
JUST ANNOUNCED....A new podcast is currently in production called CUBS WORLD CHATTER.  Details on its release date will be announced on this site soon, so please check in from time to time.