This gallery contains photos and descriptions of some amazing individuals who have inspired me throughout my life.  Some are fans.  Some are close friends.  Others I consider extended family.  They're all important! (NOT IN ANY SORT OF ORDER!)​

STEVE SCHNEIDER  is without a doubt my oldest friend.  We've known each other since elementary school and thats when dinosaurs ruled the earth!  We are still harassing each other after all these years!  His life has been filled with challenges.  But I admire how he keeps in head high and embraces the light during the darkest of times. 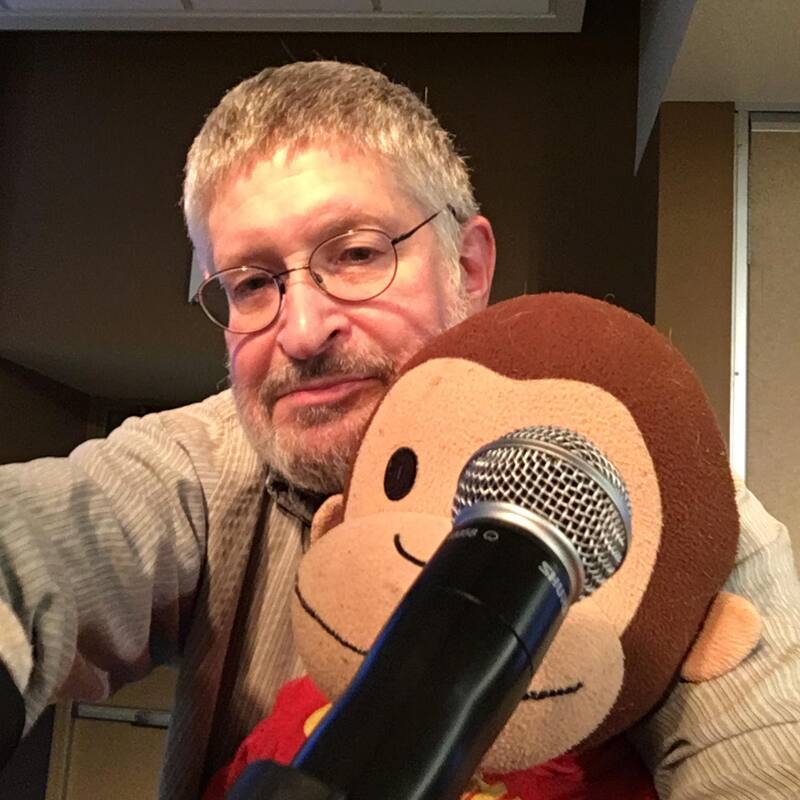 MARY LUKAS  No words will ever describe how much this musical artist inspired me when we met in the Seventies.   We shared some crazy time together recording, invading radio and tv stations (don't ask) and enjoying our creative bond. 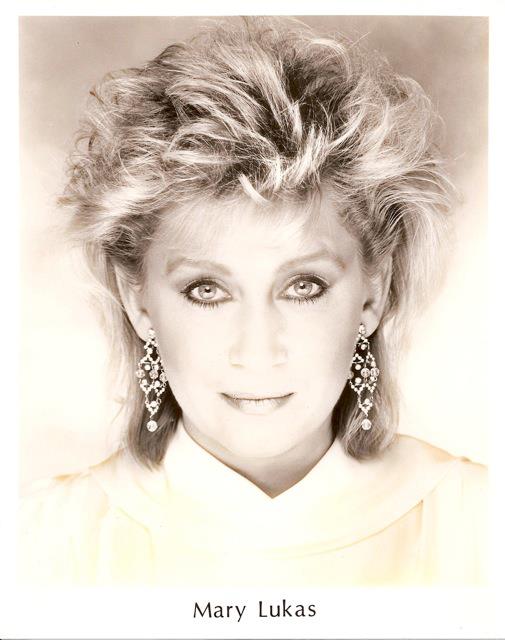 BUDDY CHARLES was a guiding light for so many Chicago-area artists, its hard to count them all.  I was one of many greenhorns who drive over to the Acorn on Oak to admire his artistry and to learn.  It seems he had personal relationships and connections with many individuals.  I was one of them! 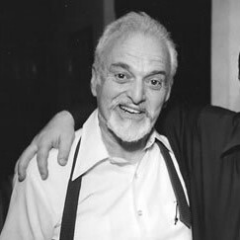 CARY KOZLOV  Has been in California for decades and has developed a reputation as a trustworthy and informed manager of entertainment.  Marimbas and xylophones sound incredible when he plays them, as they have since the days when our first band took shape...THE CONQUISTADORS. TERRI COLLINS  Lover of animals and music and a friend since the early seventies.  Outstanding graphic artist and music performer.  Entertained with a wonderful pianist named Bob Mansfield.  We kind of look out for each other to this very day! 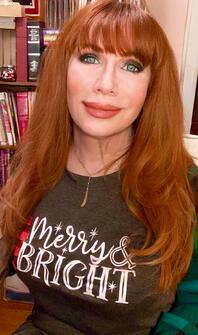 MELISSA HOLLANDER  I did not meet this gifted soul until she had been cast in a reading for the part of Rebecca in my musical, A SUMMER STORM.  This was around 2008.  She appeared in two productions and we developed a nice friendship along with a common bond regarding a passion for soup.   Yep.  Soup!!!!  Woo Hoo 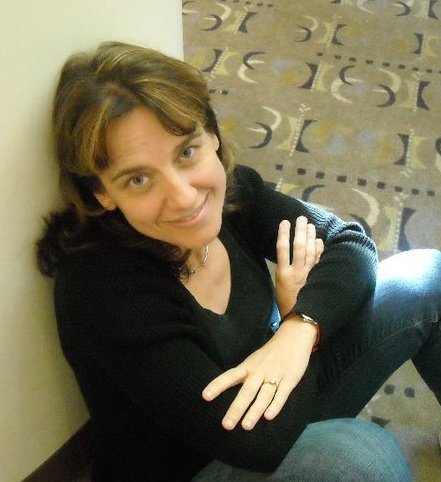 MARK FRIEDMAN  A gifted drummer/percussionist...radio broadcaster...award winning news writer...and one time public access television producer who gave my cable show a great look back n the 80's.  He is also the most compassionate man I've ever met.  He will always be "BRO". 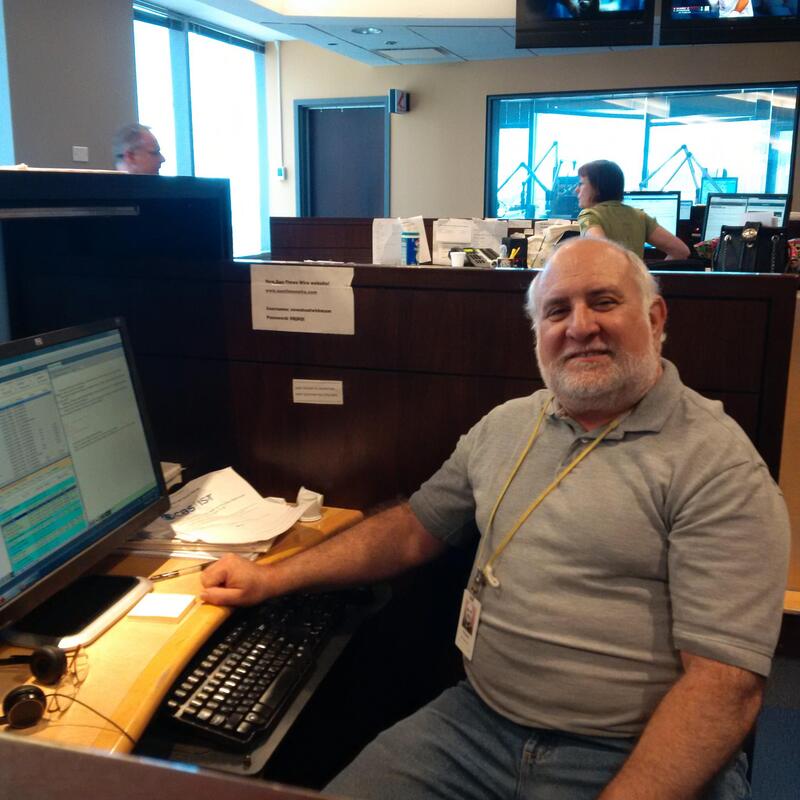 BRENDA BOUSCHARD  Outspoken...yes.   Opinionated?  Absolutely.  But this woman has a heart as big as the universe.  From the moment we met in Chicago performing in nearby venues, we knew we'd be friends forever.  Talk about a mind meld!
​ 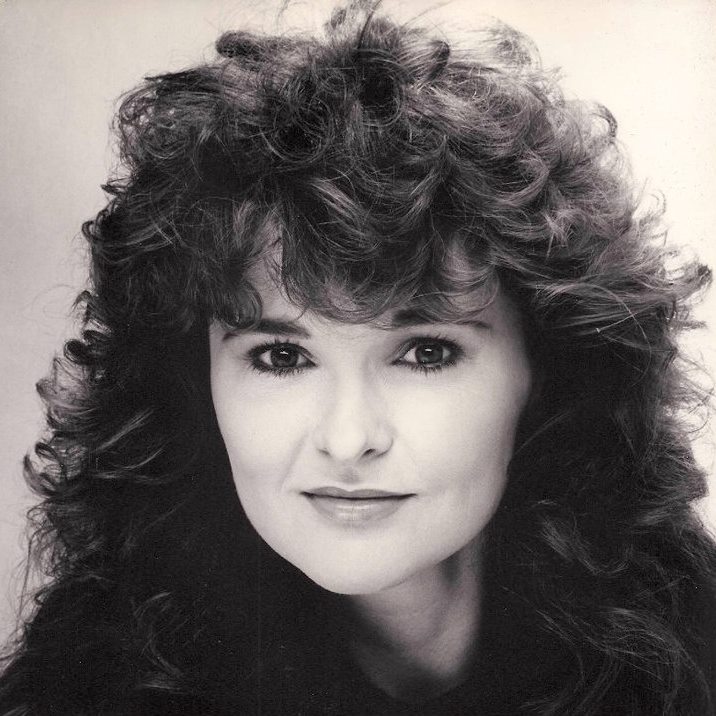 BUDDY JUSTINEAU  I first met this highly respected performer in Stockholm.  His ability to connect with audiences is evident in person or via what could be the most watched weekly on line presentation.  He approaches life with great humor and that's why the two of us get long so well. 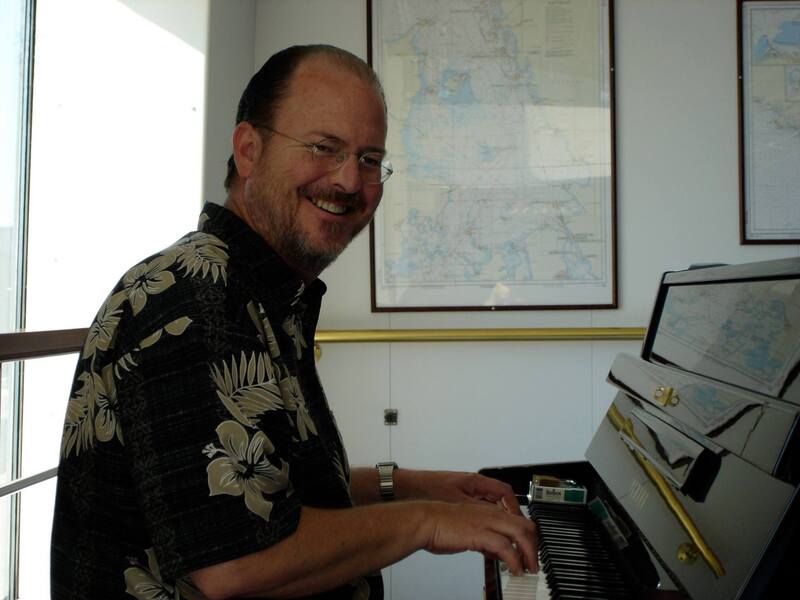 CATHY WOLFF  This Wisconsin resident and I go back to the late sixties.  Before I pursued music full time, I worked in a factory that made thermostats.   Cathy worked on an assembly line in my assigned department.   She laughed at me and I laughed at her and we laughed ourselves into a wonderful friendship. 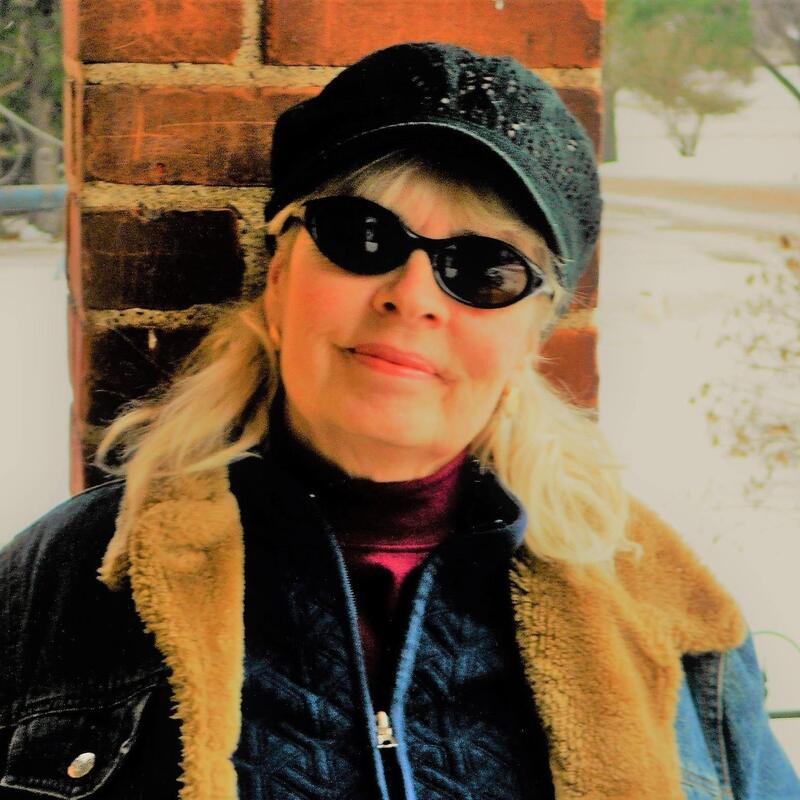 ISI PEREZ  There was a time many moon ago in the Seventies when I had to struggle with jazz.  Some of the musicians I worked with gave me confidence to do so.  Isi was not only a mentor, but a very trustworthy and supportive friend. 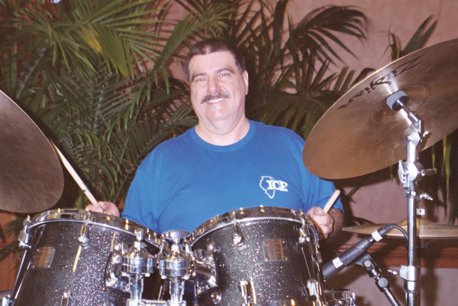 GAYLE PICKENS  Warm...generous and a REAL kind soul is she.  Whether singing or sharing thoughts, she is an extraordinary person.  By the way, she is quite wonderful on organ or piano.  Oh...and I've seen her playful side come to life one night when she sucked helium! 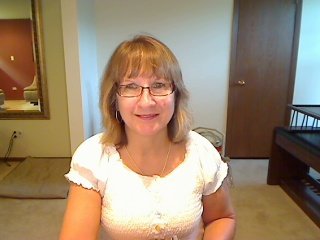 CAROL PICKENS  Yep.  They're sisters.  Carol adores any opportunity to embrace karaoke.  Get into a conversation and she'll become very philosophical.  Loves to travel also.   I don't know if she has ever sucked helium, but I'm sure she'd be game!

LOTTA BERGLIND  I don't believe I have ever met anybody in Sweden who has such a spirited sense of humor as Lotta.  She is a fanatic about football, an outstanding vocalist who really should've considered a musical career and also loves restaurant window seats.  Maybe if you come visit in Florida, you can get a window seat on the plane! 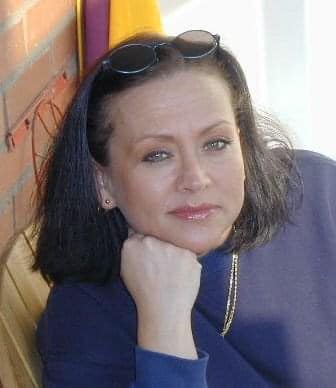 MIKE LATONE  Mike is as unique as they come.  An actor who has not only appeared in three versions of A SUMMER STORM, but has worked in a plethora of films.  How could you not like a guy who takes on a character for a student production named, DR. FELDERSNATCH?  We have to have another cigar together sometime. 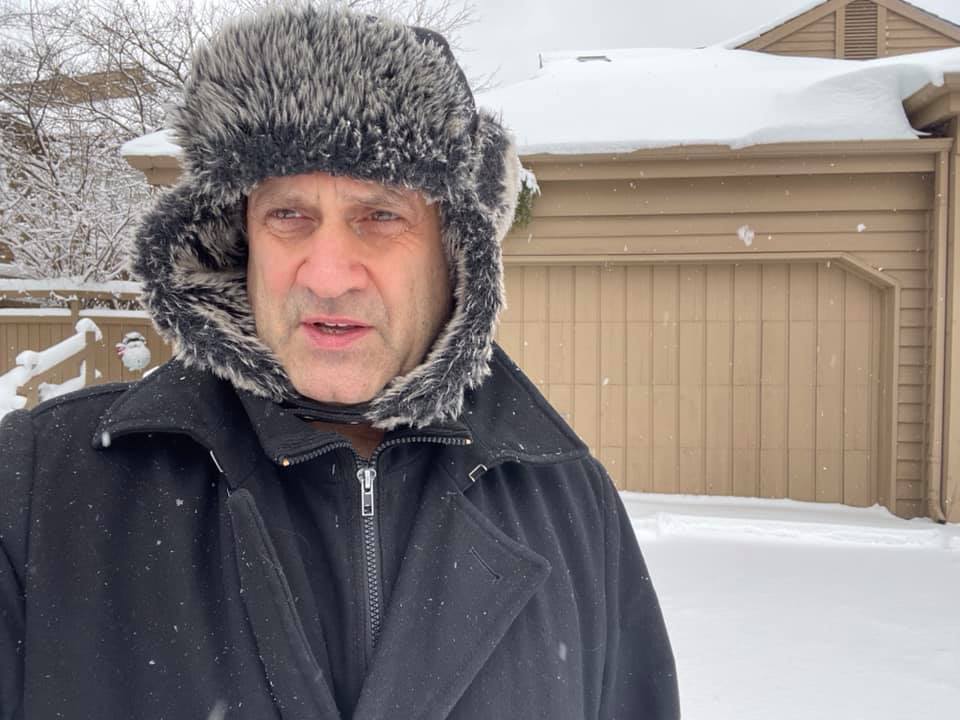 SAMI SCOT  This woman is a highly active nuclear core of energy and talent.  Every time we've worked on something together, it has been a joyful experience.  Her keyboard work is astounding and her voice is distinctly Sami!  There is nobody like her and I'm glad she is an important piece in the puzzle of my life. 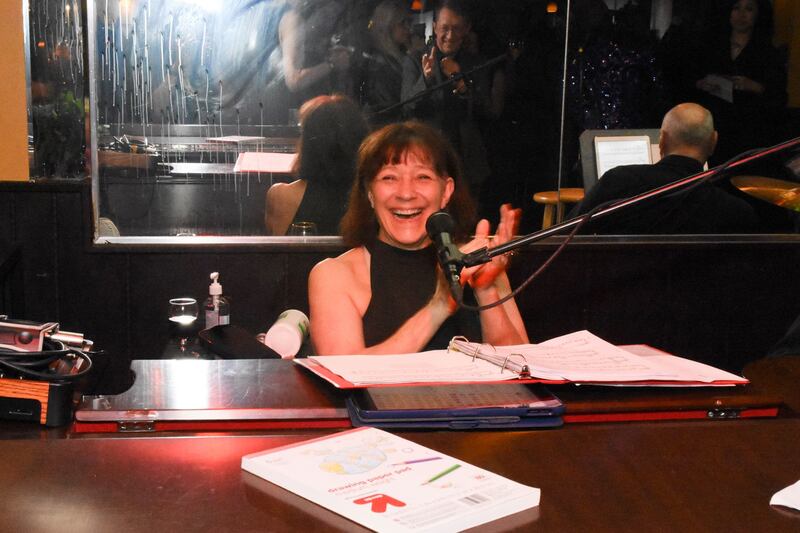 CARLA GORDON  When the bagels...er...bugles of Cabaret are blown, one must recognize the amazing humor, music and love this woman is capable of.  She is a superb lyricist and stage performer.  She has mounted some great cabaret shows during the past decade and I'm proud to have been in a few, as well as co-author some wonderful tunes. 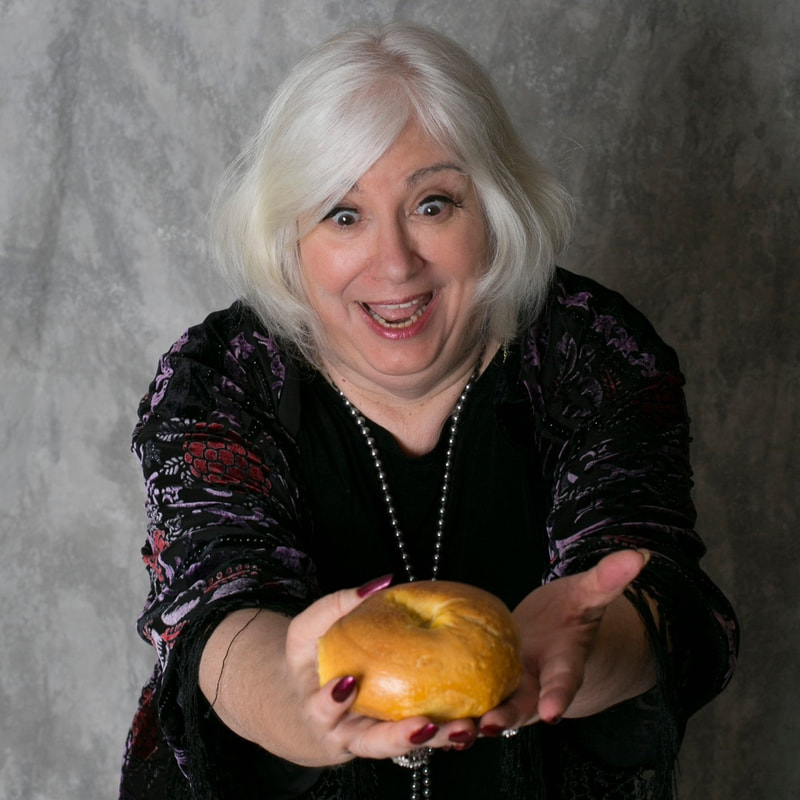 MYLES GREEN  Myles probably don't know this...but had a huge impact on me when I first saw him performer in the early seventies.  It was at the now defunct Lincolnwood Hyatt that I noticed his musicality.  It still seems a little unbelievable that I eventually wound up working there.  So thank you for the guiding light and inspiration. 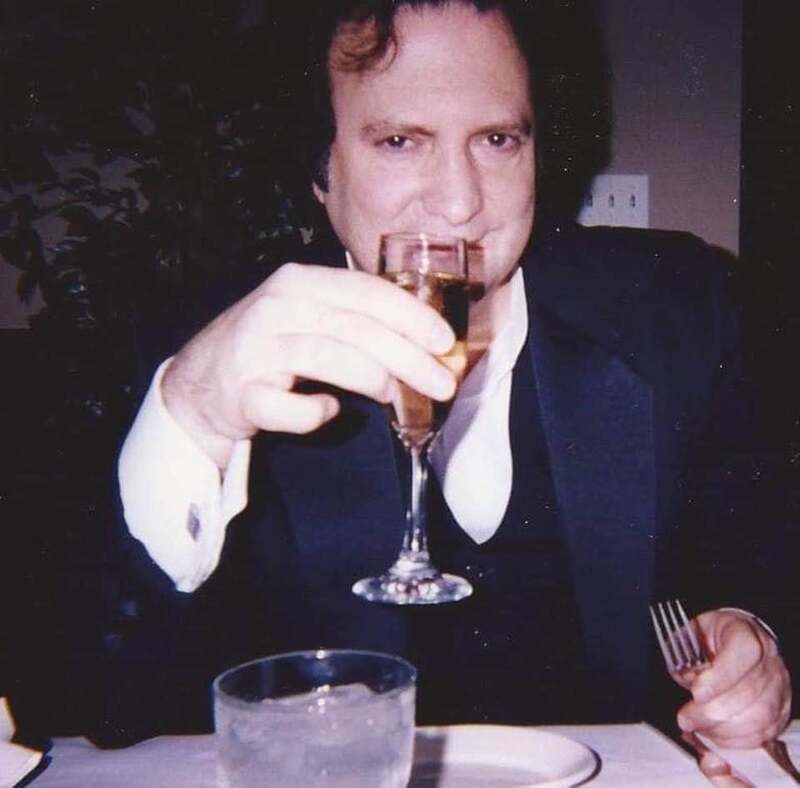 CINDY WINDSOR  When we first met in the early 80's, neither one of us knew that together we'd perform together in such places as Waterloo, the Valley Forge Convention Center and the Schaumburg Hyatt, to name but a few venues.  She may be the finest anthem singer ever and a great friend. 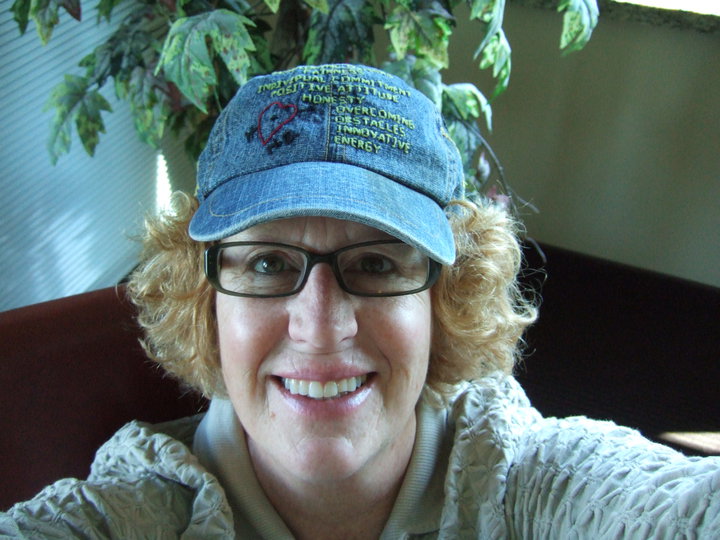 LISA COOPER-LUEDERS  A true fan and friend who popped her smiling face into the Bobby London lounge at Pheasant Run Resort on many occasions.  She is a warm, honest and genuine individual .  She also has a wonderful laugh and a beautiful family.  Oh...and one more thing.  She refuses to age!

TOM KARCH  I loved Tom's drum work.  I also loved his personality because when a show was not up to par or the audience wound up being a dud, he would say with great passion, "%^)# THIS NIGHT AND ALL NIGHTS LIKE IT!"  The two of us would laugh over the dumbest things.  At a time in my life when things were a little dark, he helped lighten things up. 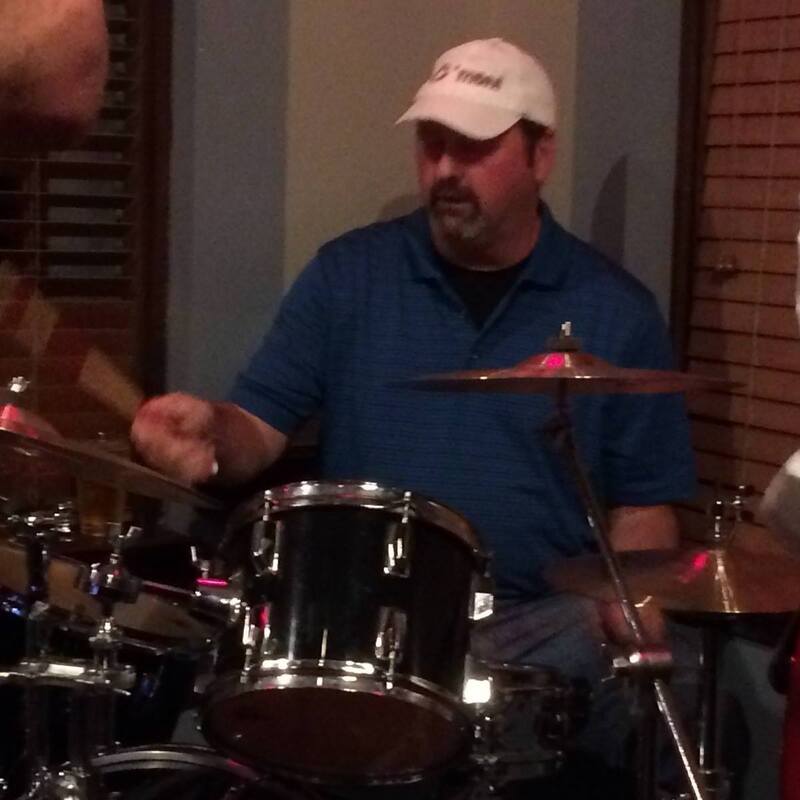 LINDA KARCH  Tom's better half and a woman of great spirit and an ever-constant zest for life.  Many people might say she is beautiful inside and out.  There is absolutely no doubt about that. This world would be a much better place if people had an attitude like hers. 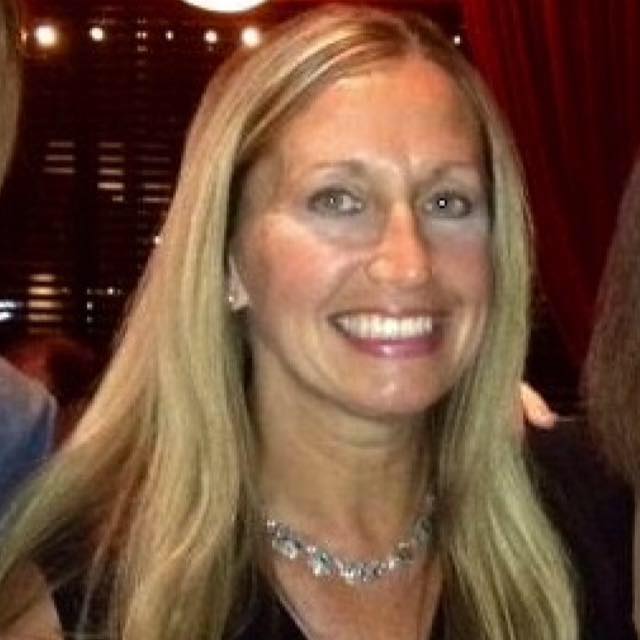 ELAINE CHENEY STEINBERG  Elaine was not the girl next door when we grew up in Skokie.  She was the girl across the tracks and down a block.  This special bond between us has been enhanced by the almost surreal fact that through marriage, she has become a distant cousin!   By the way, that is a Ukrainian flag on her neck, not a piece of duct tape. 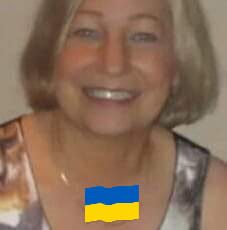 MEGAN PETERMAN  I have always admired "free spirits".  Megan has a powerful spirit and also a free mind, which she is not afraid to share! She lived less than a mile from us in Streamwood.  She loves to kid around, but inside she's a genuine no bull individual.  (Except when they're on walls.) 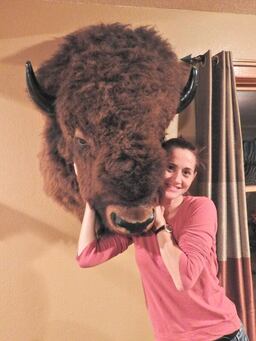 RITA MCGRATH  Everyone at Big Shot , where I used to perform, smiled when Rita came in.  She was one of those special individuals who just make you feel great when they're around.  She was a devoted fan and an incredible soul.  Forever young and forever in our memories. 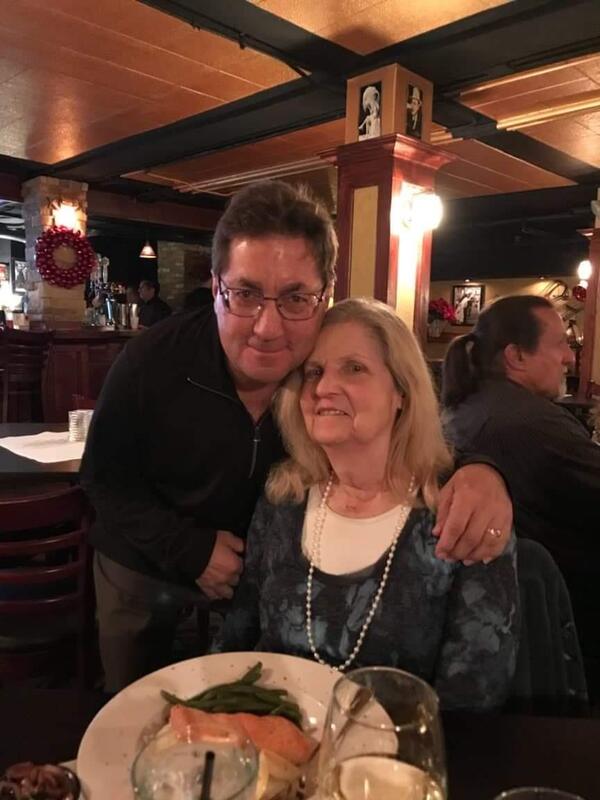 CHRISTINA MCGRATH-MICARI  One cannot go through life without a Mcgrath around and thanks to Rita's daughter, the beat goes on!  Always a fan...always a friend...and a die hard Chicago Cubs fan if there ever was one!  She is a bright chapter in the book of life. 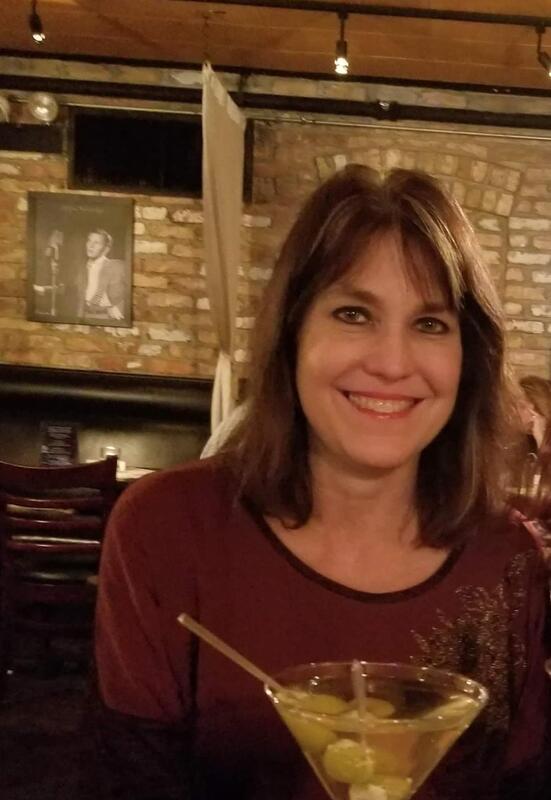 JESSICA WIMERT  Has a big microphone to go with her powerful voice!  She can belt...or sing soft like an angel.  I met her in Stockholm working down the block from the Sheraton where I entertained.  We came to see each other perform and have been friends ever since!  She is so vocally stunning at what she does, I call her "COACH" 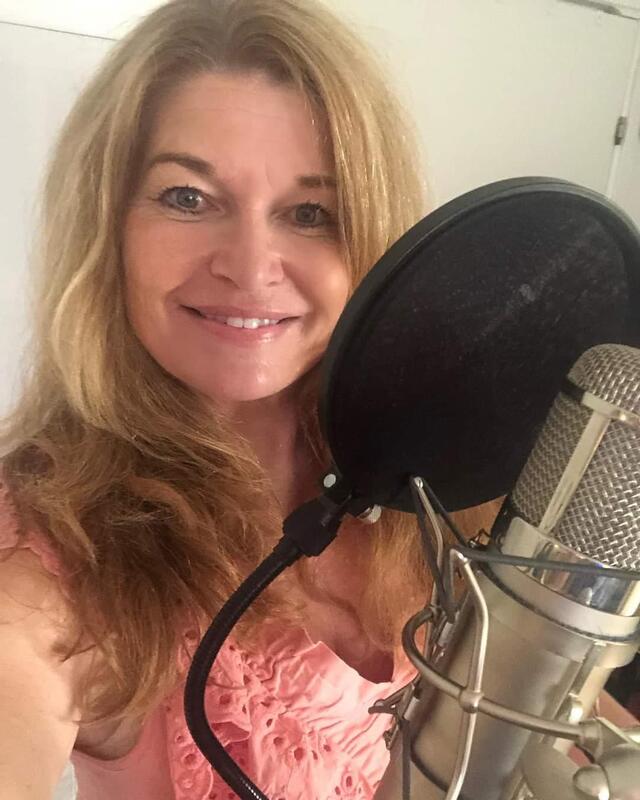 JOE KLIMM  Why would the official pianist and librarian for the Berlin Radio Orchestra be playing in a Swedish mall food court?  He married a Swedish teacher and lived happily ever after near Malmo.  That's why.  We became great friends when I watched him play afternoons while drinking coffee stronger than motor oil!  He was a good cook too! 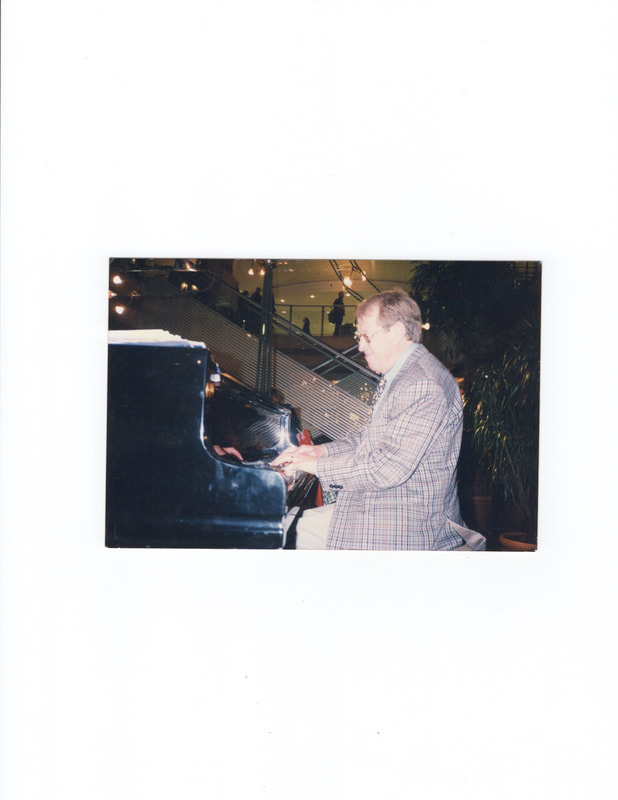 HEATHER MILLER AVERY  A stunning stage talent who has given memorable performances on the Chicago area stage.  She also has graced the soundtrack album of my musical, A SUMMER STORM.  I've known her and about her incredible work for some time.  She helps people find the path to wellness through her work in yoga.  She's the real deal! 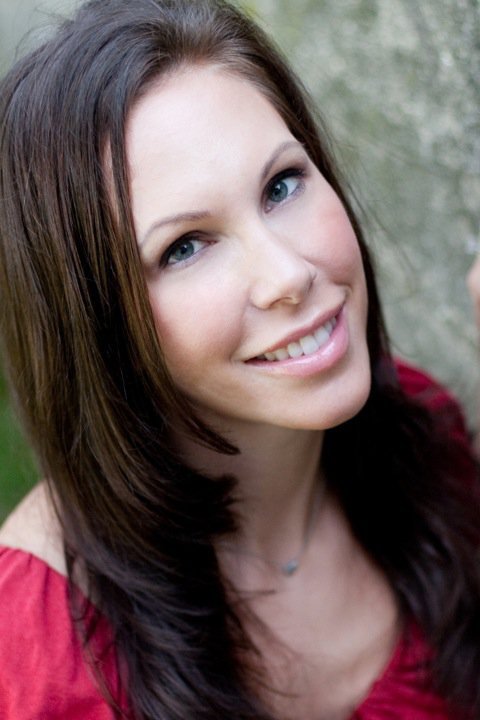 LARRY 0'CONNER was a very important and popular pianist/vocalist in the Northwest suburbs of Chicago.  We both worked for Gene Sage at one time or another.  He also recorded an album live in a studio with an audience, which I thought was a great idea.  A very cool dude...now living in Colorado. 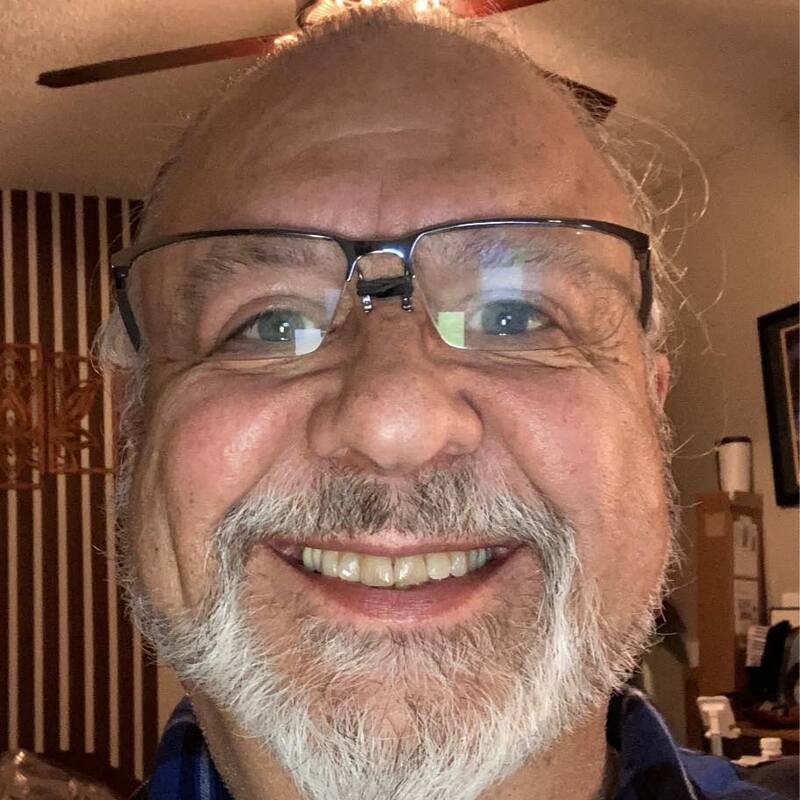 JERRI NANCE  A very giving and talented friend who divides her time between performing in a department store and teaching.  She is very proud of her students and they are very lucky to have Jerri to guide their way.  We check up on each other regularly.  Fantastic individual! 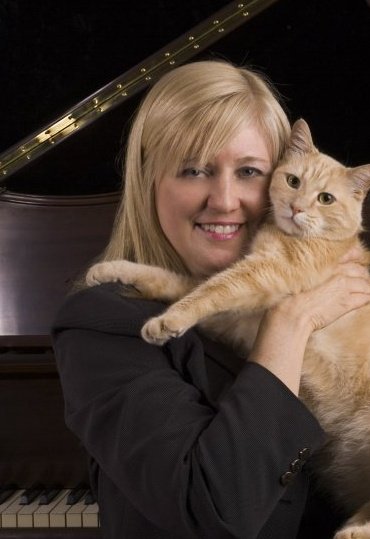 JULIE MONROE  My ex sister in law, but still great friend, lives for the outdoors!  She also lives for music and in recent years has really opened up as a songwriter and performer.  I've read some of her writings and she has the unmistakable beating heart of a poet! 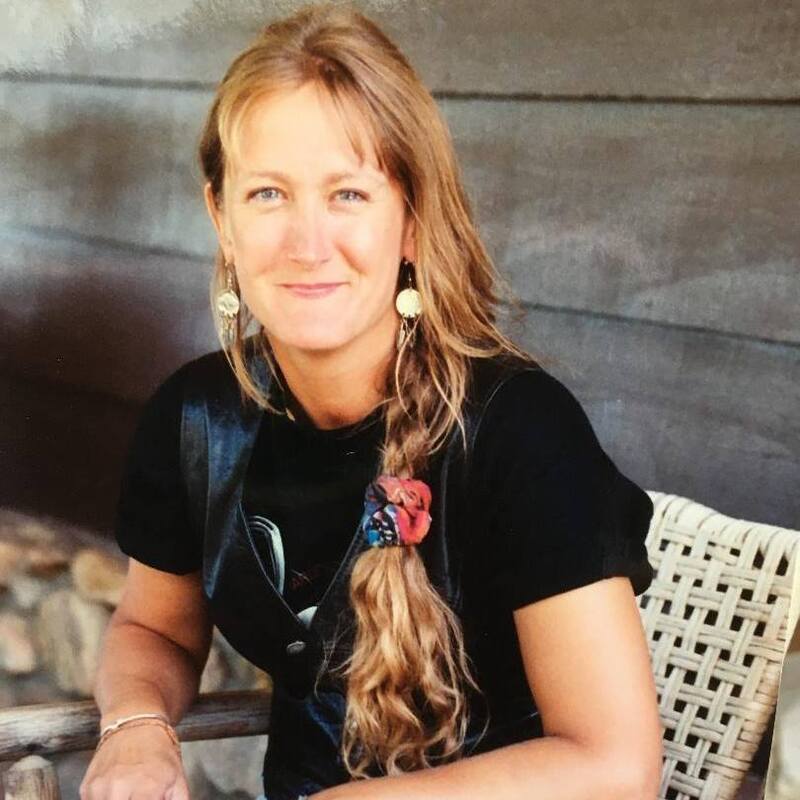